Last week, in a ground-breaking win, the UK High Court ruled that forcing sex trade survivors to reveal past convictions was unlawful.

The ruling was handed down after a claim brought by three sex trade survivors who argued that the legislative scheme requiring them to disclose their convictions for prostitution discriminates against women and is contrary to the UK’s legal obligations regarding the trafficking of women. 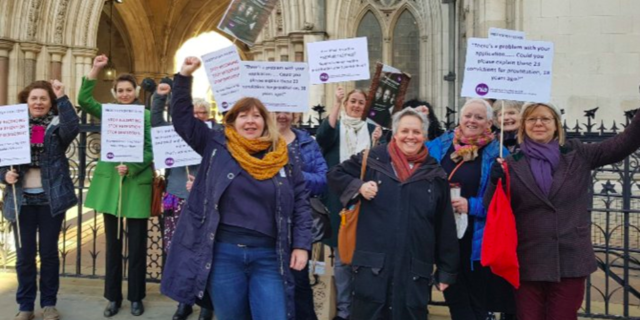 All three of the claimants had been forced into the sex industry as teenagers, and as a result had multiple criminal convictions of soliciting and loitering. Claimant Fiona Broadfoot, who waived anonymity, recalled:

“I met a pimp aged 15 and two weeks later I was thrown into the violent and abusive world of prostitution. Rape became an occupational hazard but I was arrested, charged and criminalised for loitering for the purposes of being a common prostitute. After more than twenty years out of prostitution, I am still having to explain my criminal record to any prospective employer.  It feels like explaining my history of abuse.”

Another survivor reflected on how the criminal convictions had impacted her life:

“It doesn’t matter what it is – trying to help out at my kids’ school or the local brownies’ coffee morning, trying to be a governor or a councillor, applying to education or training or employment – even volunteering in so many fields – with children, with the elderly, in care, with vulnerable people, with youth work, with social work – all need a DBS and then you get treated like some sort of pariah or sex offender! But it’s not fair – I never chose that life and I fought hard to get out of it but I’m always being pulled back to it as though that’s who I am but it’s not who I am.”

While the women forced into prostitution had spent their lives enduring the consequences of being sexually exploited, including the indignity of having to explain their convictions, the men involved were never arrested, Broadfoot pointed out.

“When I was arrested, the police referred to my pimp by his first name. Well, why didn’t they arrest him?” she said.

“Not one of those men who bought and used and abused me – even the ones who knew fine well I was a child when first put on the streets – has ever had to face the consequences of his actions.”

“We feel strongly that these women should never have been convicted in the first place. Prostitution is symptomatic of women’s continued inequality and discrimination and a form of violence against women. These women were exploited and coerced and yet it is their lives, not those of their buyers and pimps, that were blighted with convictions. They should not have had to take up this fight, but they did and it is to the benefit of all those exploited in prostitution”.