Writing for ABC Religion and Ethics, Melinda Tankard Reist has called out the lack of action from the Australian government on sexist advertising.

What is the point of government-funded programs in schools to teach boys how to respect girls, while the government remains complacent in a broader culture that is wallpapered with images that teach them disrespect? 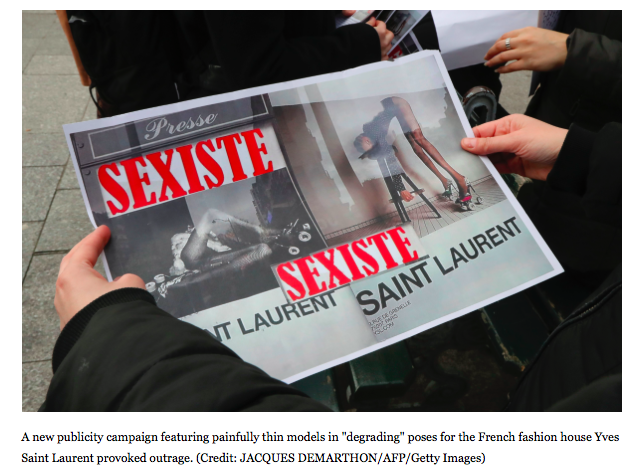 Tankard Reist asks where is the government's responsibility toward its citizens in protecting public spaces from harmful and polluting advertising. The onus remains on the public to complain before any action is taken. Even the most complained about ads often remain in circulation.

There are no pre-vetting of ads before posting - such as a bestiality image in the middle of Sydney's CBD to promote Fox studio's Sexpo, advertising on buses in school zones, billboards for sex clubs overlooking school playgrounds, General Pants shop windows covered with posters of women being stripped, and glamourized sexual violence as a marketing tool for companies like Calvin Klein and Wicked Campers spreading misogyny on every corner.

There are, moreover, no penalties for non-compliance. Despite complaints upheld against Wicked Camper vans for racist, misogynist and homophobic slogans and images, the company continues to ignore Advertising Standards Board rulings. The response of the shopping mall sex shop Honey Birdette to a recent board ruling was a contemptuous: "No one tells Honey Birdette when to take down her signage!"

Because so many complaints are dismissed and so few upheld, and because of the language in which dismissals are phrased, a message is sent that this kind of advertising is tolerable. The case-by-case approach to responding to individual complaints does not acknowledge the "drip-drip effect" - that is, the cumulative impact of all of it across society and over time. The way in which we absorb these messages is not on a case-by-case basis.

If you want to read more, you can find the full article on the ABC.

Collective Shout is working to improve advertising regulation, take the first step by joining us and sign the petition here!