"It makes my skin crawl": sexual moaning rise in schools

It was one year ago during a student workshop in Kingaroy, QLD, that Movement Director Melinda Tankard Reist first learned of a growing trend in classroom sexual harassment – girls being subjected to sexual moaning, groaning and grunting noises by their male classmates. Without exception, everywhere MTR and youth educator and advocate Daniel Principe have travelled since, girls are reporting these same experiences.

But the sexual moaning by boys in class doesn’t just impact female students – it creates a hostile and unsafe environment for female teachers, too. MTR wrote about the issue again more recently, sharing the notes student Katie wrote on her hand during her talk. 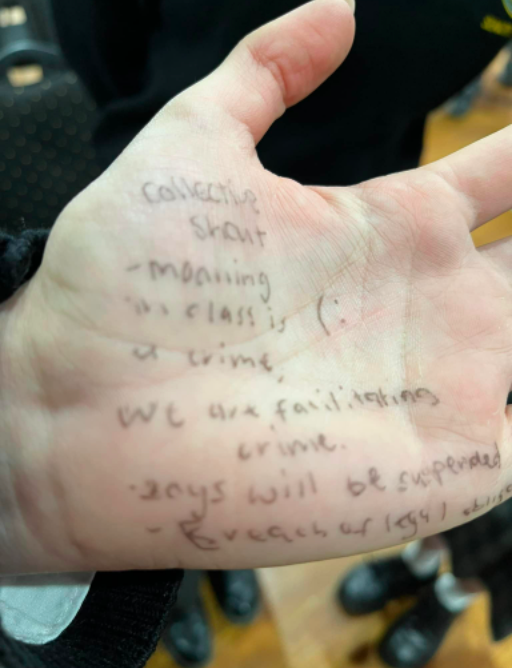 Teachers - or would be teachers-  also responded in comments on this page. One wrote:
"From a teacher’s perspective, it is also done to intimidate and make female staff uncomfortable as well. Has been a huge issue since last year in particular. Some male students also play sound grabs on their laptops during class time to cause upset and disruption as well. It is horrendous to experience as a grown woman, I can only imagine the awfulness my female students would experience as well.”

And another who feel safer staying in the construction industry than retraining as a teacher commented:

"So awful that teachers have to deal with that on top of everything else! I’m about to decide on a commitment to retrain as a teacher but hearing this has really put me off. I really wouldn’t be able to deal with this behaviour. I can’t in any way see an acceptable means to address that in my classroom if this happened. I thought leaving a construction industry (dominated by male egos, gender pay gaps & gendered promotions) would mean my dignity and sexual harassment would be less of an issue. I don’t think I could avoid reacting and be extremely triggered by such behaviour and want to put those kids well in their place after basically threatening and offending every other student in the class. I’d feel helpless in protecting others rights and mine. I really hope there are measures in place for these situations..." 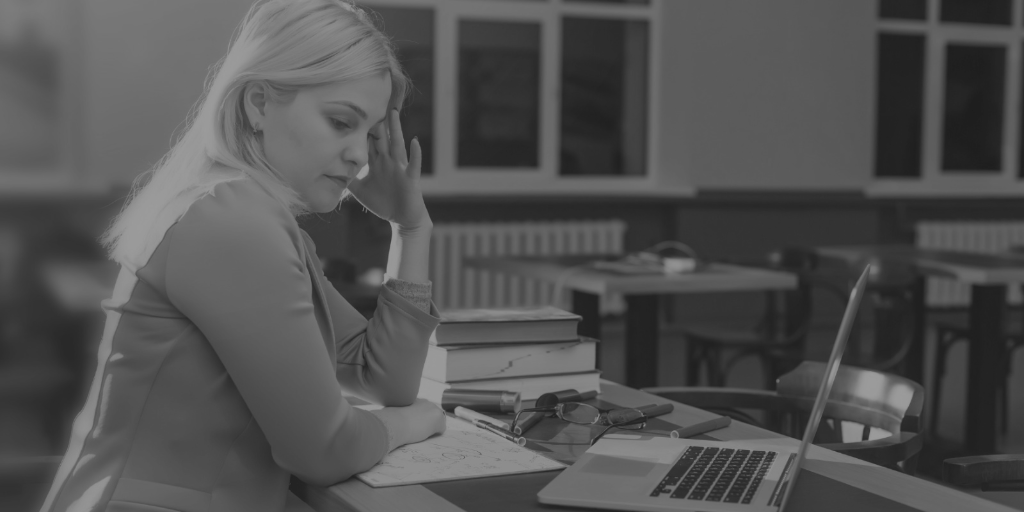 The response to MTR’s post was overwhelming. Countless parents and female teachers weighed in on their experiences with boys’ sexual moaning and their struggles to address it. One mother wrote,

“My children (Year 7 & Year 4) have been telling me about this happening in their classes and on the school bus. It’s very upsetting for them and it seems it just gets ignored."

Inappropriate behaviour was coming from younger and younger boys.

It’s not just high school, I've heard the noises from boys in year 4.

I teach year 2 and 3 and my boys do it. I find it so disturbing every single time I hear it. It makes my skin crawl.

The boys in my daughter's year 6 class do this all the time. It also used to happen in her year 5 class. I hate seeing how upset and uncomfortable she is when she tells me about it.

My daughter came home and said the boys have been doing it recently, grade 4!

Many of the boys making these noises apparently don’t understand what they mean, or why it is inappropriate.

My son is year 4 and he makes these noises. Many of his friends do it, which is where he got it from. Initially they had no idea what it was, just that they’d heard it from older kids and that people laugh when they do it.

My son has started making these noises from last year (yr 5). He has heard it in his classroom for the past year, I asked him if he knows what it means and he said no buy all the boys do it. It's disgusting and makes me incredibly uncomfortable, I can only imagine how his 3 female teachers feel.

My students are always on TikTok which means they’re consuming media which is in no way age appropriate and they don’t understand that. They’re just copying a trend as far as they’re concerned.

Many female teachers described their experiences of being sexually moaned at in the classroom.

As a younger female teacher I have experienced this multiple times.

I work as a relief teacher only (not a full time classroom teacher), but am in middle and high school classrooms and I’ve experienced this so many times. Especially with year 7 and 8 boys. It is so extremely uncomfortable and I think the parents of these boys would be horrified if they actually saw the types of behaviours.

My son’s class (year 5) has been dealing with the same 2 children in various 'sexual' manners for almost 2 years, including groaning, gyrating, jokes and comments. This all came to a head last week when it involved asking the girls to "knock knock, suck on my..." among other more vulgar requests, including one girl (10) asking her mum what c*m is. In our school, I find it is the lack of seriousness the parents of the children take that makes the problem fester. To have my own son (9) come home and say to me "put my balls in your mouth" while grabbing his pants broke my heart. Schools are powerless when parents don't take this seriously enough. 9 and 10 year old girls shouldn't be sitting through 'empowerment' sessions about sexual harassment.

Many parents and female teachers reported that schools were not taking appropriate action to address sexual harassment of girls and teachers.

One mother recounted how her year 6 daughter was targeted by a group of boys who would moan in her ear, leaving her distressed. When her daughter told teachers that it made her uncomfortable they told her to ignore it. One teacher told the girl’s mother “Your daughter can also be flirtatious.”

Some schools were essentially enabling the sexual harassment of female teachers and students by dismissing their complaints and portraying the behaviour as “normal”.

After a boy in her year 6 class began humping the floor and moaning, one teacher was told by the Deputy Principal this behaviour was “age appropriate” and “normal” and that she should expect this kind of “smutty” behaviour because boys will be boys:

It infuriated me that the behaviour was considered “normal” and was thus not dealt with by leadership but I thought at least I was setting an example for the remaining students in the class that this behaviour was inappropriate and would not be tolerated in my presence ... In my opinion, we’ve done these young boys a huge disservice by not addressing and redirecting these behaviours.

Eventually, the teacher left her job. 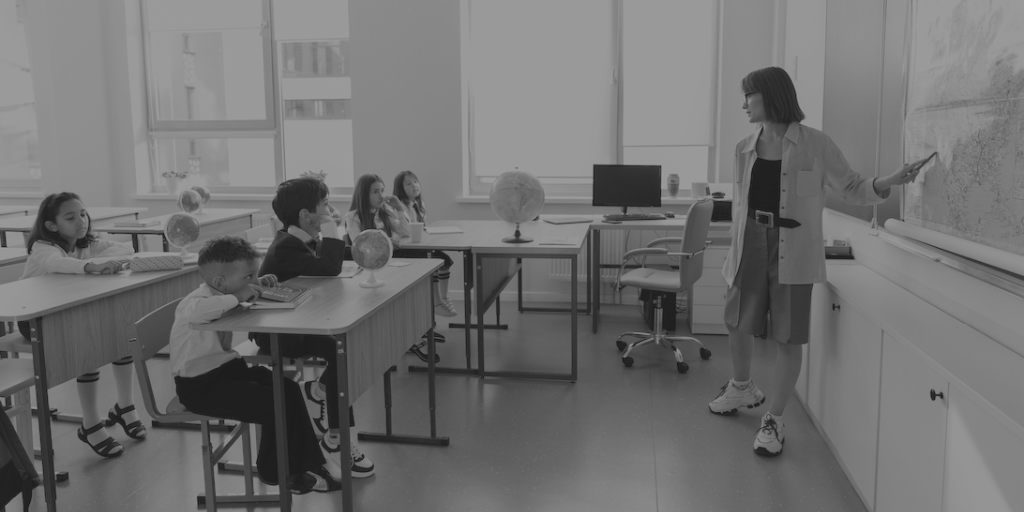 Some female teachers said when they reported sexual harassment to management, they were dismissed, not believed, or even blamed.

“As a student teacher I was propositioned by a male student in the courtyard as I walked to class. The student was promptly suspended. However, in many places, male students openly disrespect female staff. When it is reported, oftentimes the male lead teacher will make the comment, 'I never have this problem with this student’. They believe that female teachers are incompetent or we make this stuff up.”

“I've been sexually assaulted by two male students, one in grade 10 and one in grade 11 in my second year of teaching (I was 25). It was an awful experience and I didn't feel supported by the all-male leadership team at all. If I had the experience I do now I would have taken it a lot further.”

“Having been in this industry for 20+ yrs, I can honestly say that the way male educators and school leaders respond to these behaviours can often be a big part of the problem.”

“It’s always our fault that we are sexually harassed. Sickening.”

“A few years ago a boy I taught in Year 5 consistently made sexually inappropriate comments to me during lessons. When I reported it I was told I was misinterpreting what he was saying.”

“I worked in an all-boys school and put up with constant issues like this daily including wolf whistling. Heads of school did NOTHING and shrugged it off saying "you're a young female teacher and have come into their male environment, it's gonna happen". I was constantly intimidated by numerous sexualised issues and management would tell me "they're just typical teenage boys" never offering support or advice. When bad behaviour was really poor and I reported it to management and was told "they probably fancy you so they like to muck up and do the wrong thing to get your attention". I was always made to feel it was my fault for being female... I quit after a year of feeling constantly unsafe.

Some described serious negative impacts to their mental health. Linda, teacher of a difficult primary school class in Victoria, reported she was left traumatised and suicidal by her experiences.

I never heard these noises myself but I had a male student come and tell me that one of the trickiest boys had been making moaning sounds. I hadn’t even heard of this being a thing so didn’t even realise what he meant at first so the boy said they were very bad and were sex noises. I was absolutely mortified but I had no idea what to do. I was afraid to bring it up with this student because any kind of confrontation with him could escalate dramatically very quickly.

Things got so bad with this class I became suicidal. I thankfully am now teaching a different class and am doing much better but am still traumatised by it.

Sexual moaning in class constitutes sexual harassment. It creates a hostile, unsafe environment for female students and teachers. Schools that fail to address it are facilitating a crime. We need schools to act now to address this form of discrimination against women and girls.

We are pleased to work with a growing number of schools determined to address this issue.