Article from The Daily Telegraph

Parents believe childhood ends at 12 and blame pressure from friends, celebrity culture and social media for rushing kids into adulthood.

Almost 90 per cent of parents think modern children grow up faster than previous generations, while one in two parents admit their daughters worry about their Facebook popularity, a survey by the Netmums website has found.

Modern tweens prefer to play alone on iPads, with 83 per cent of their parents saying their favourite activity was playing outdoors.
Boys are under pressure to be "macho" and "good at everything" while girls are under "immense strain to be thin" and sexy before being mature enough to cope. 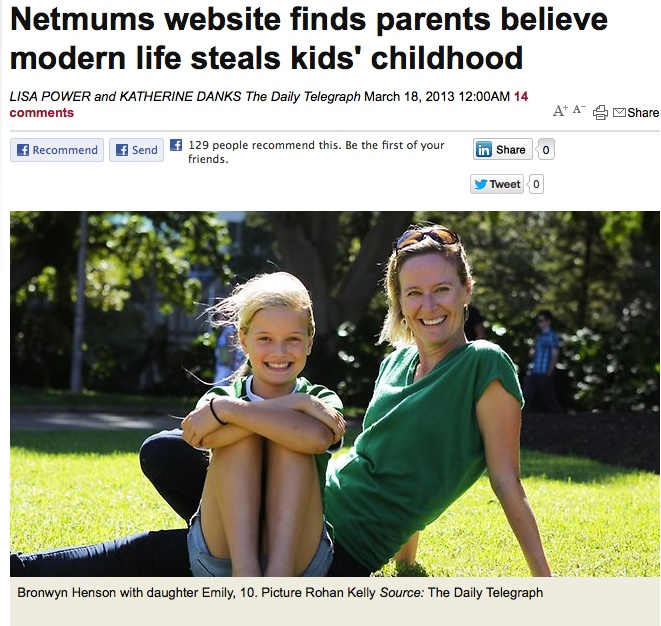