Sexualisation of men in film is on the rise

While Collective Shout primarily focusses on the objectification of women and sexualisation of children there is growing concern that the way that men are portrayed in the media is also having negative effects.

Last year Collective Shout took the groundbreaking documentary The Mask You Live In around the country to spark the conversation about toxic masculinity. Now new data is out which shows that the rates that men are sexualised in film is on the rise.

Data which was collected by University of Southern California shows that the hyper-sexualisation of men in films has dramatically increased from the 2007 analysis to the 2014 analysis. 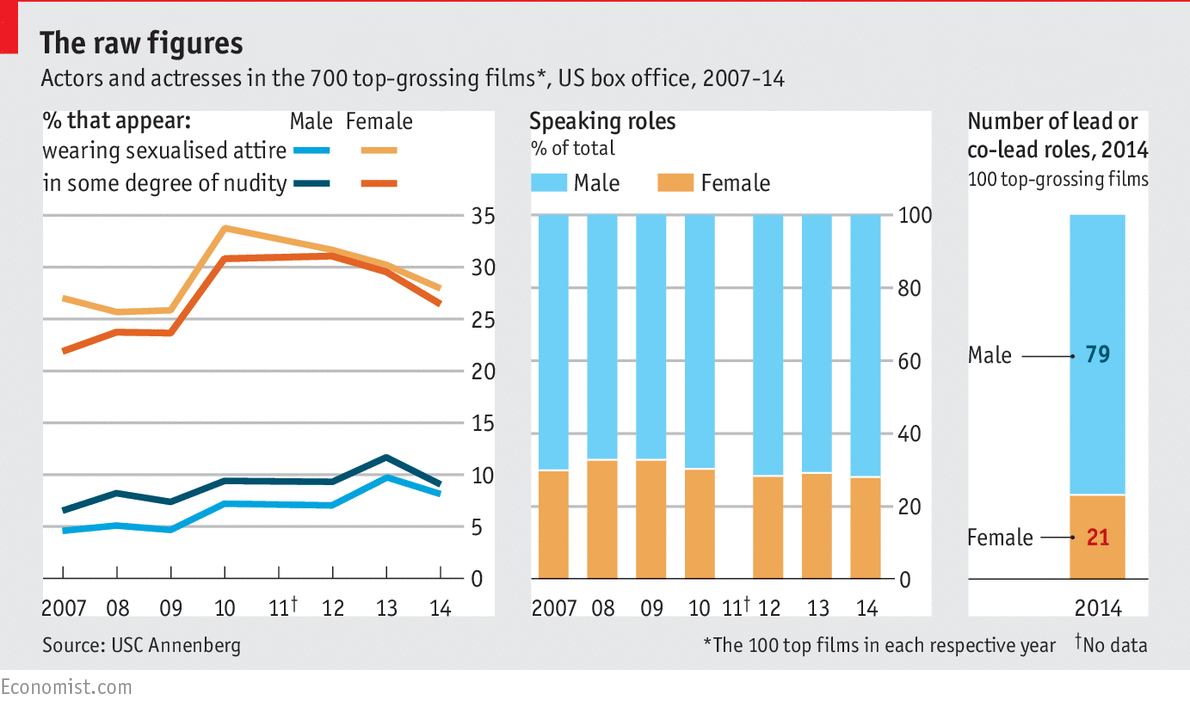 Compared to women however men are certainly far less likely to be sexualised. In 2014 27.9% of female characters wore 'sexy' clothing and 26.4% exposed their chests, legs or other body parts on camera. We also need to weigh that up with the fact that women make up less than 1/3 of all speaking characters and less than 1/4 of leading roles.

It is important to make a distinction in objectifying treatment of men and women.  While both women and men can be sexually objectified, men are not typically demeaned, posed as decorative objects or in submissive poses in the same ways that women frequently are. Rather, men are depicted as hyper-masculine and strong- their status and power is enhanced rather than reduced.

It is also worth considering that we live in a culture where women are typically reduced to their bodies and sexual appeal rather than their intellect, abilities and contributions to the world. This treatment does not extend to men.

Collective Shout have spoken out a number of times about the hyper-sexualisation of men in advertising including these by The Body Shop. Someone recently commented on our Facebook page asking sarcastically "Do I have to get rid of my fireman calendar" to which we cheekily replied yes!

We do not support 'equal opportunity' objectification. No person should be reduced to a sexual object for another's use. We want young people to grow up being happy, healthy and resilient knowing that their value lies in other characteristics, not their sex appeal.

According to the National Eating Disorders Collaboration rates of body dissatisfaction in males are rapidly approaching that of females.

While eating disorders are often portrayed as illnesses that only affect females, large population studies suggest that up to a quarter of people suffering with anorexia nervosa or bulimia nervosa are male, and almost an equal number of males and females suffer with binge eating disorder.

If you or someone you know is struggling with body image issues please contact NEDC helpline.

For further reading on sexual objectification of men see this piece by Feminist Current.