Shopping giant in our sights for objectifying women + sexualising girls

This month Ad Standards upheld complaints against online fashion giant SHEIN. It was the first time the China-based company - reportedly worth $30 billion - has come under the complaint-handling body’s scrutiny.

According to Ad Standards’ case report, the online ad which featured on SHEIN’s website showed ‘a woman in a chain link thong bikini photographed from behind’, straddling a wool-covered chair. One community member who was exposed to the images while shopping for a dress found the ad ‘degrading to women’.

Ad Standards stated that the model’s pose was ‘highly sexualised’ and that ‘this in combination with the focus on the woman’s near-naked buttocks created a level of sexualisation which was not necessary for the promotion of the product’. 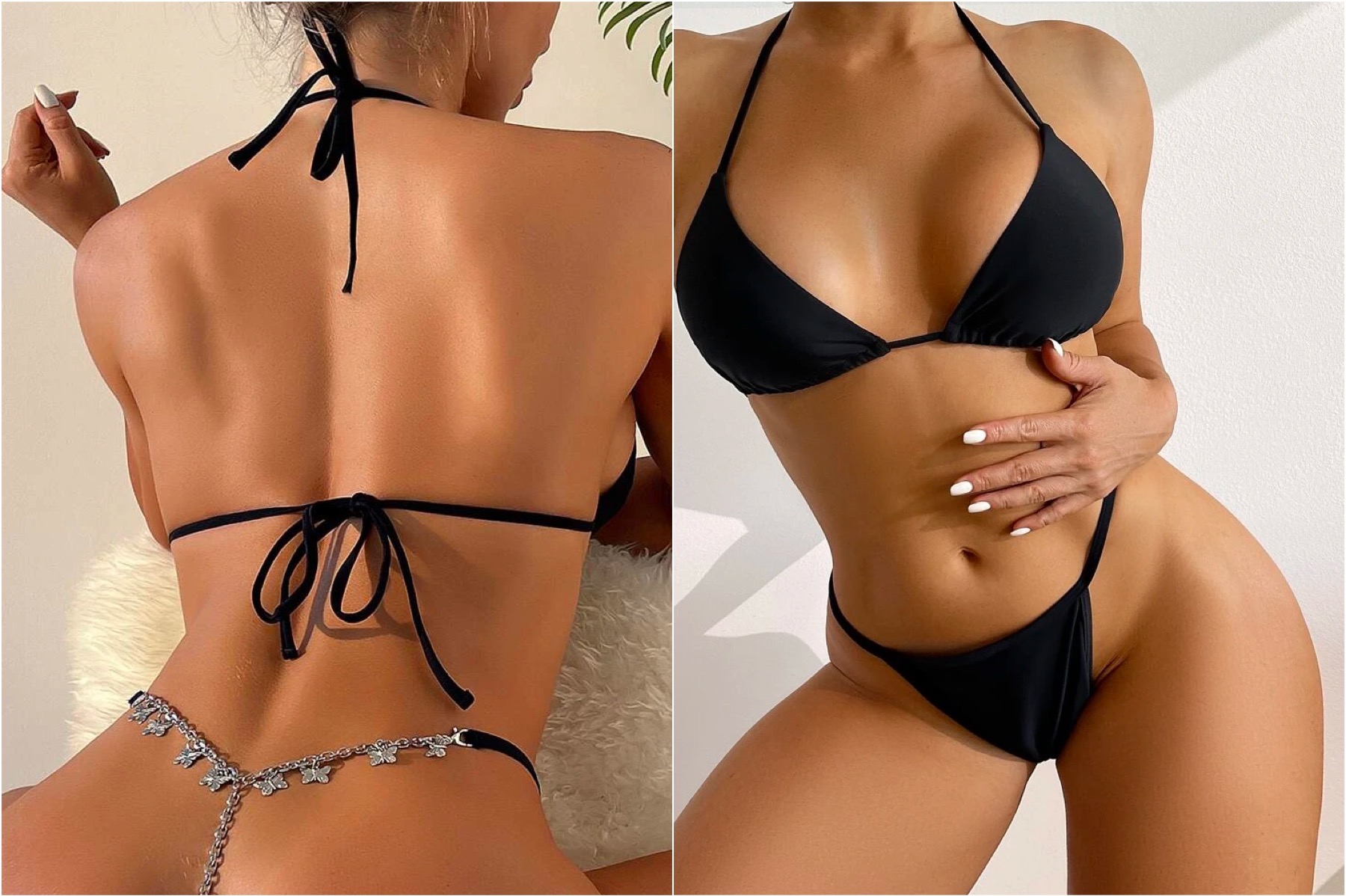 SHEIN responded to the ruling, stating that it had ‘modified’ the image and ‘established an internal review mechanism to constantly review the images of our products sold on our website’.

The above example isn’t unique on SHEIN’s platform. We found many similarly objectifying and porn-themed images on the website, used to promote its products.

Given SHEIN’s apparent appeal to youth (its app is rated 12+, and we’ve spotted a number of young teen and pre-teen girls on Instagram acting as influencers for the brand) its method of advertising is particularly concerning. 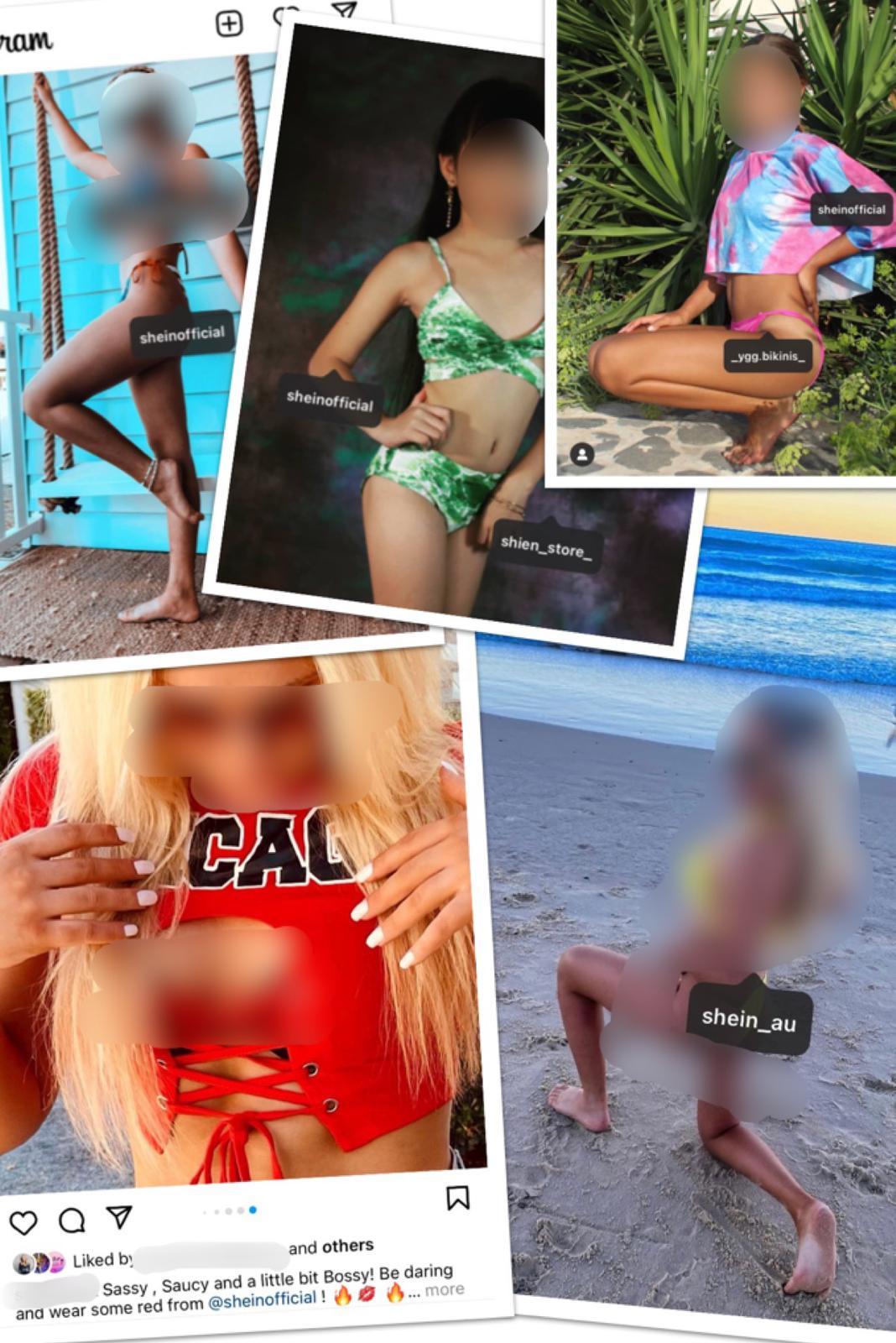 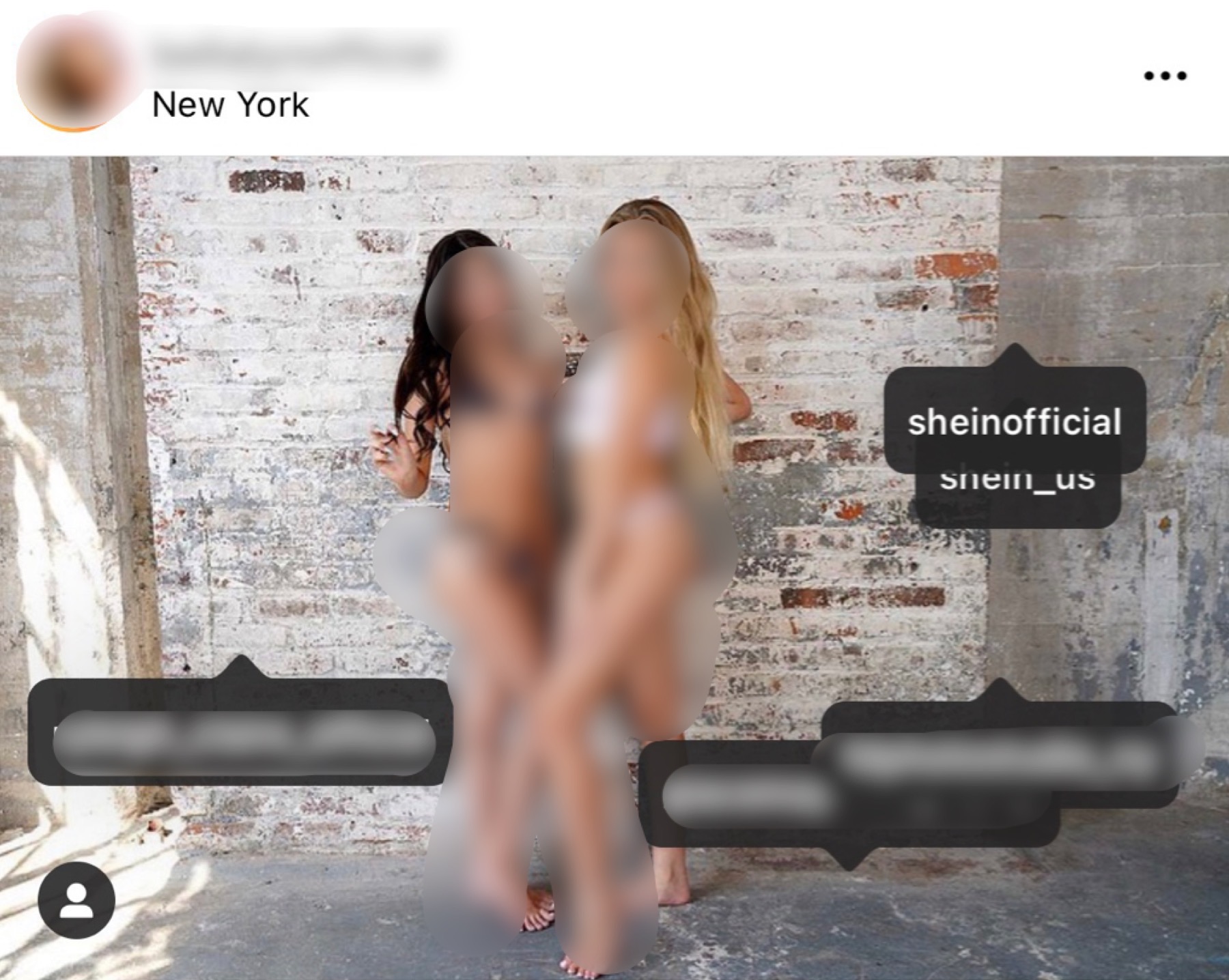 SHEIN even encourages 'kidfluencing' (the practise of using children on social media to promo brands) and directs followers of its SHEIN KIDS account to tag the brand to 'get featured' on its page. We've previously highlighted how brands are cashing in on the fetishisation of children on Instagram and throwing little girls into the paths of predators. A search of #sheinkids on Instagram returns a ready-made gallery of tweens and toddlers for predators to follow and connect with. SHEIN is yet another example of irresponsible corporates putting young girls at risk. 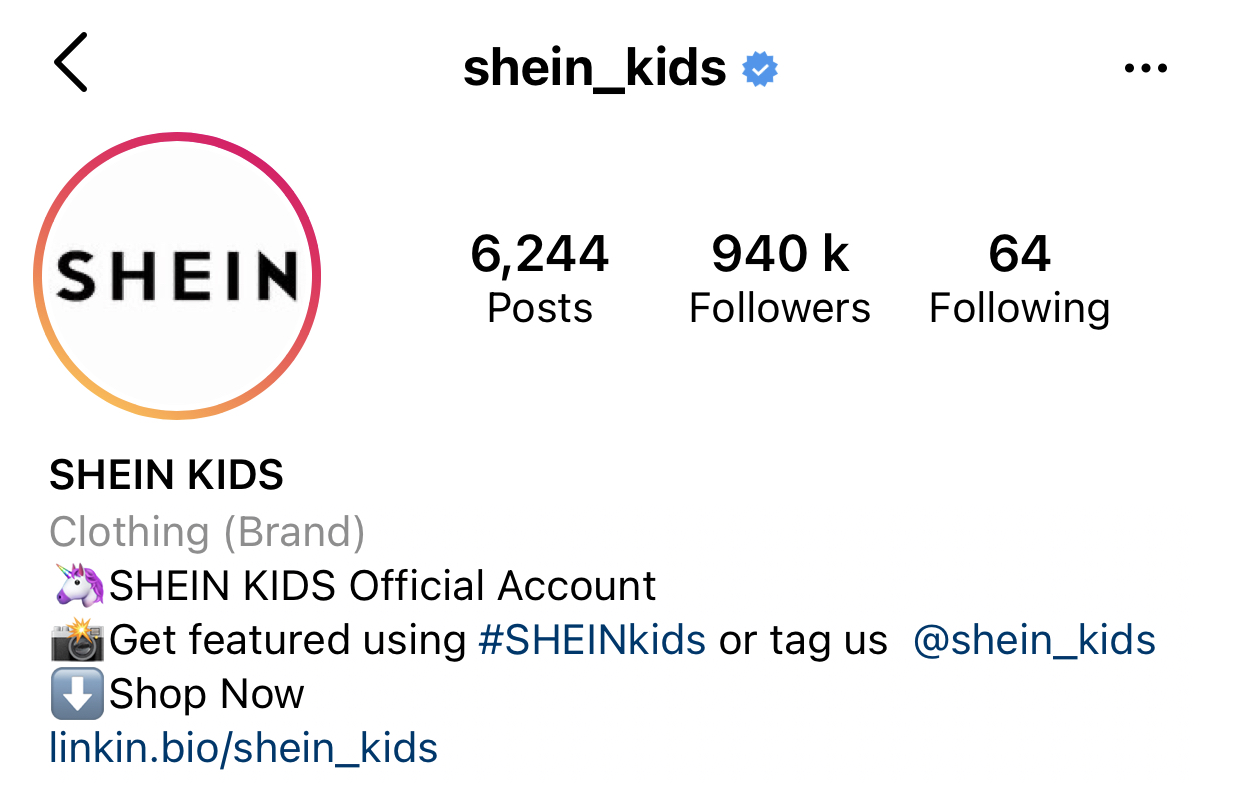 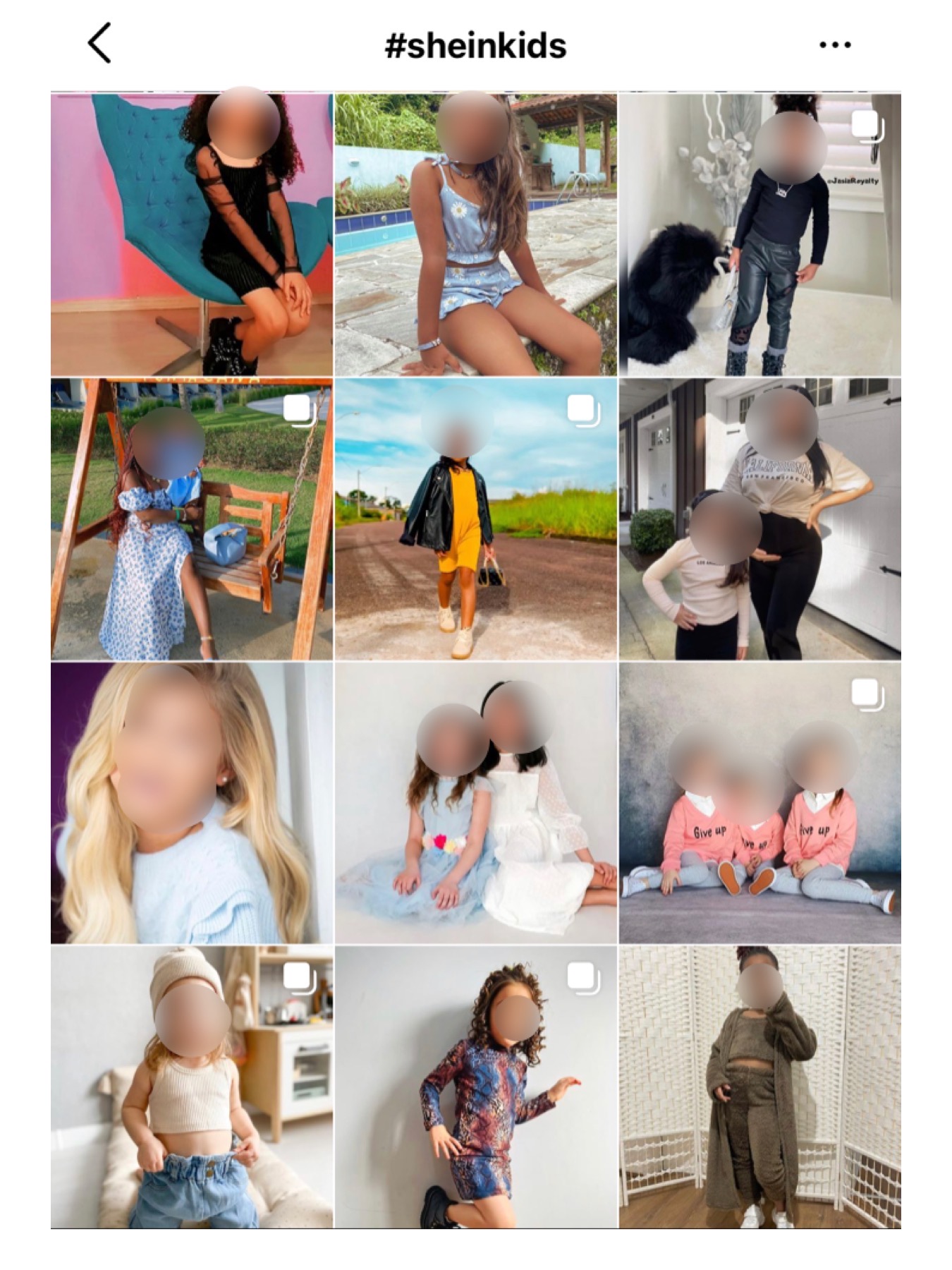 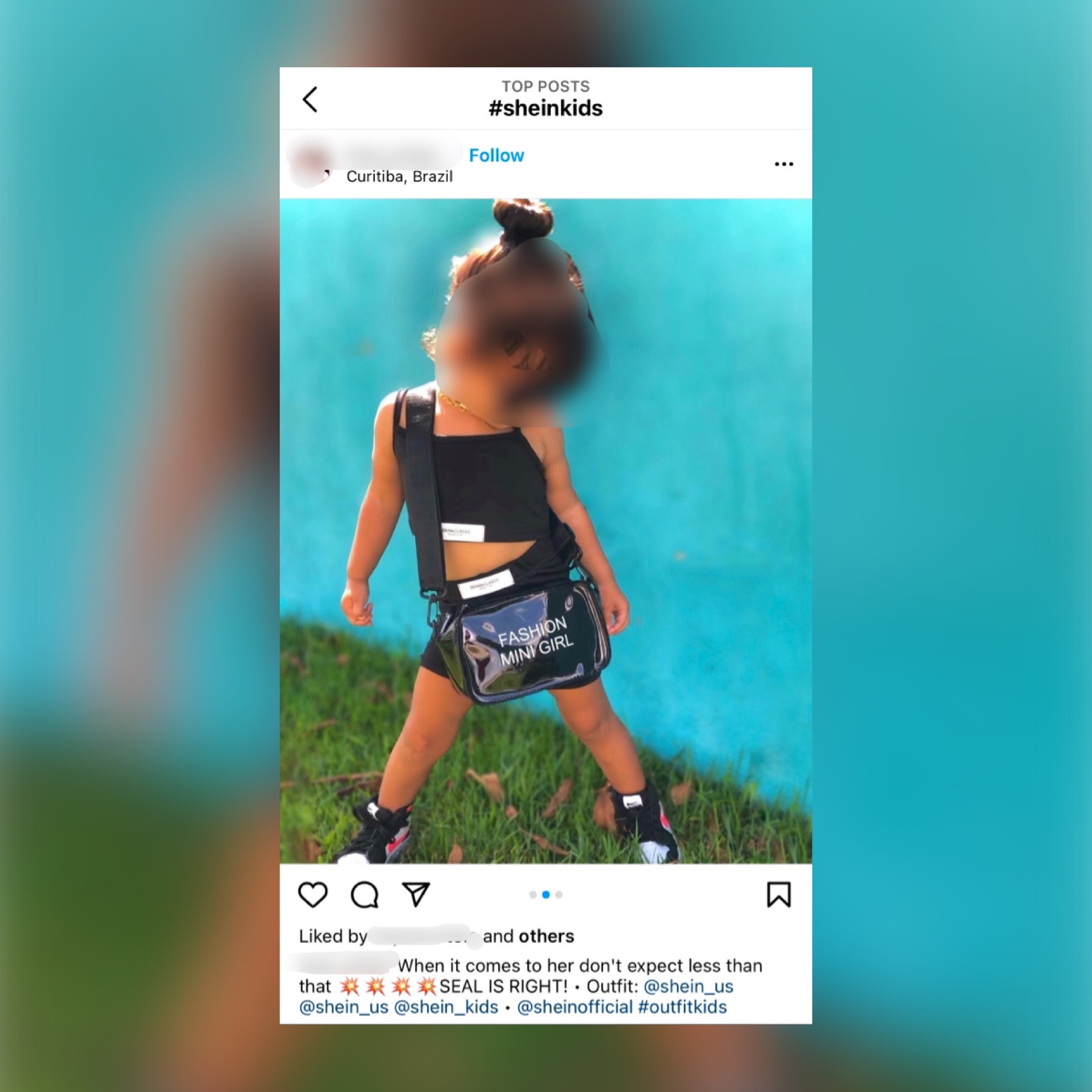 SHEIN has been on our radar for several months now. Last year we uncovered a range of SHEIN images online which we believe exploited young girls and put them at risk of being targeted by predators. We have also documented SHEIN’s use of what is known as a ‘paedophilic aesthetic’ in its marketing of products for children. 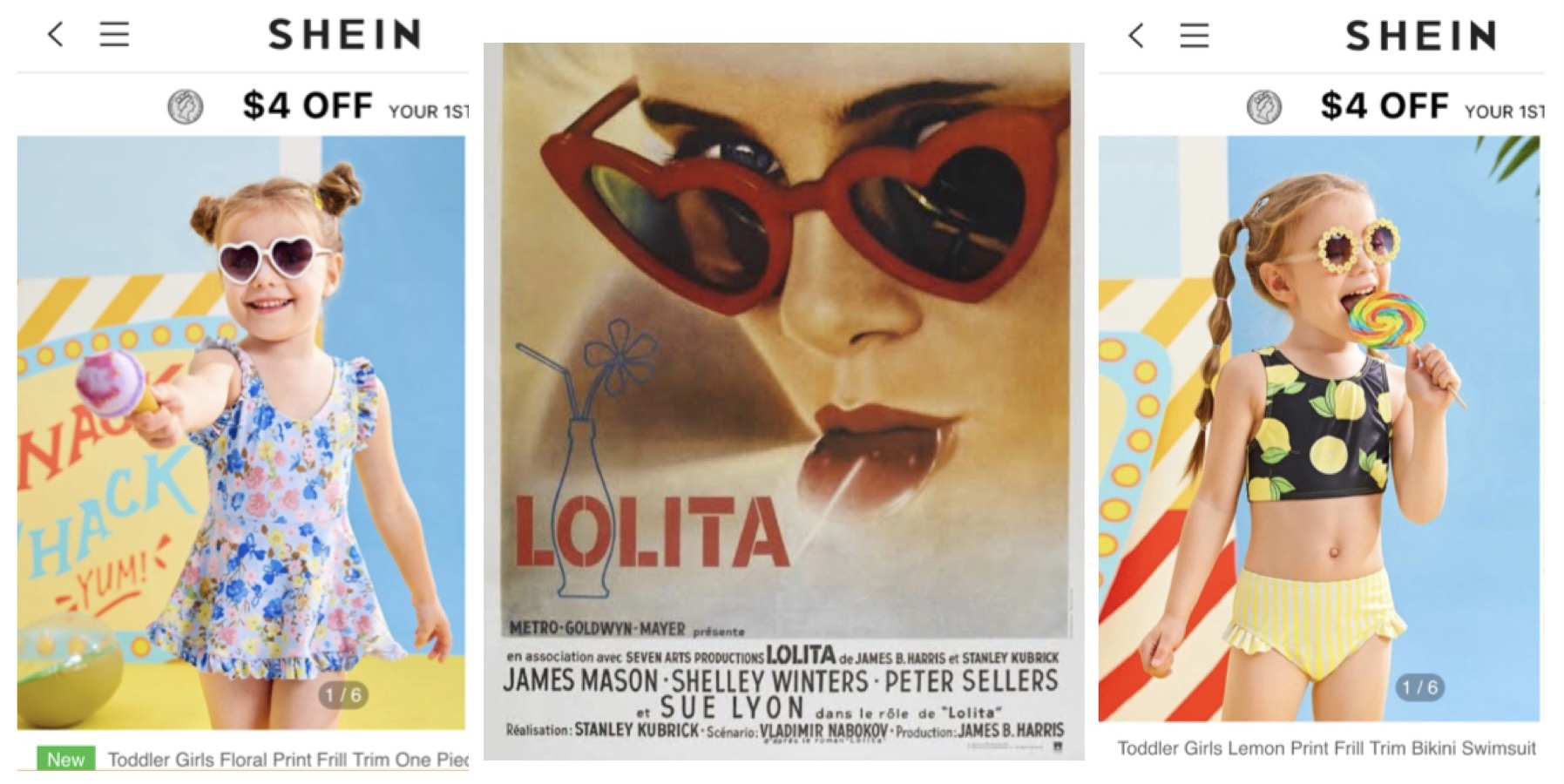 E-commerce companies like SHEIN do not get a free pass to objectify women or sexualise girls to flog their merchandise. We will be holding SHEIN (and other platforms like it) to the same standard of sexpolitation-free advertising that we expect of brick-and-mortar retailers, and calling them out when they cause harm to women and girls.