Side Hustles and Sexual Exploitation: Australian news media reporting and commentary on the sex industry during the COVID-19 pandemic

A report authored by the Coalition Against Trafficking in Women Australia (CATWA) and Collective Shout.

After observing the sex industry receiving lots of free and mostly uncritical attention in the media, Collective Shout and CATWA thought the promotion and normalisation of the sex industry in mainstream media warranted closer investigation.

Our research has resulted in the report: Side Hustles and Sexual Exploitation: Australian news media reporting and commentary on the sex industry during the COVID-19 pandemic, which was released on International Women’s Day. 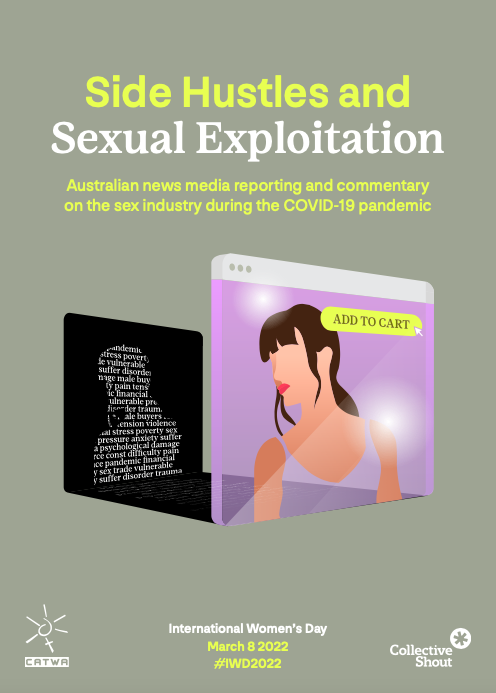 The report examines sex industry reporting in the context of the COVID-19 pandemic and related lockdowns. Women experienced increased rates of violence during the pandemic. Pre-existing vulnerabilities such as isolation and financial pressures were exacerbated by the pandemic, making women more at risk of targeting by the industry.

Researchers examined news articles and opinion pieces from 11 online Australian news sources from March 2020 to March 2021. A total of 42% of articles portrayed the sex industry in a positive light, with only 18% reporting on the industry critically. (The remainder were neutral.)

Prostitution portrayed as the means to empowerment and personal fulfilment

The report found women’s participation in prostitution was framed as an expression of their sexuality and autonomy, and a pathway to empowerment and personal fulfilment as well as a way of making significant amounts of money - reports that are in stark contrast to the reality of the sex trade for many women within it:

Women in the sex industry are among some of the most marginalised and economically disadvantaged – with indigenous women, migrant women and women of colour overrepresented within it. Despite this, news media outlets overwhelmingly told stories of the outliers; positive reports from the small minority of women who were presented as regarding “sex work” as an affirming and profitable experience. Voices of women who were exploited and harmed, or who made very little money, were rarely included. 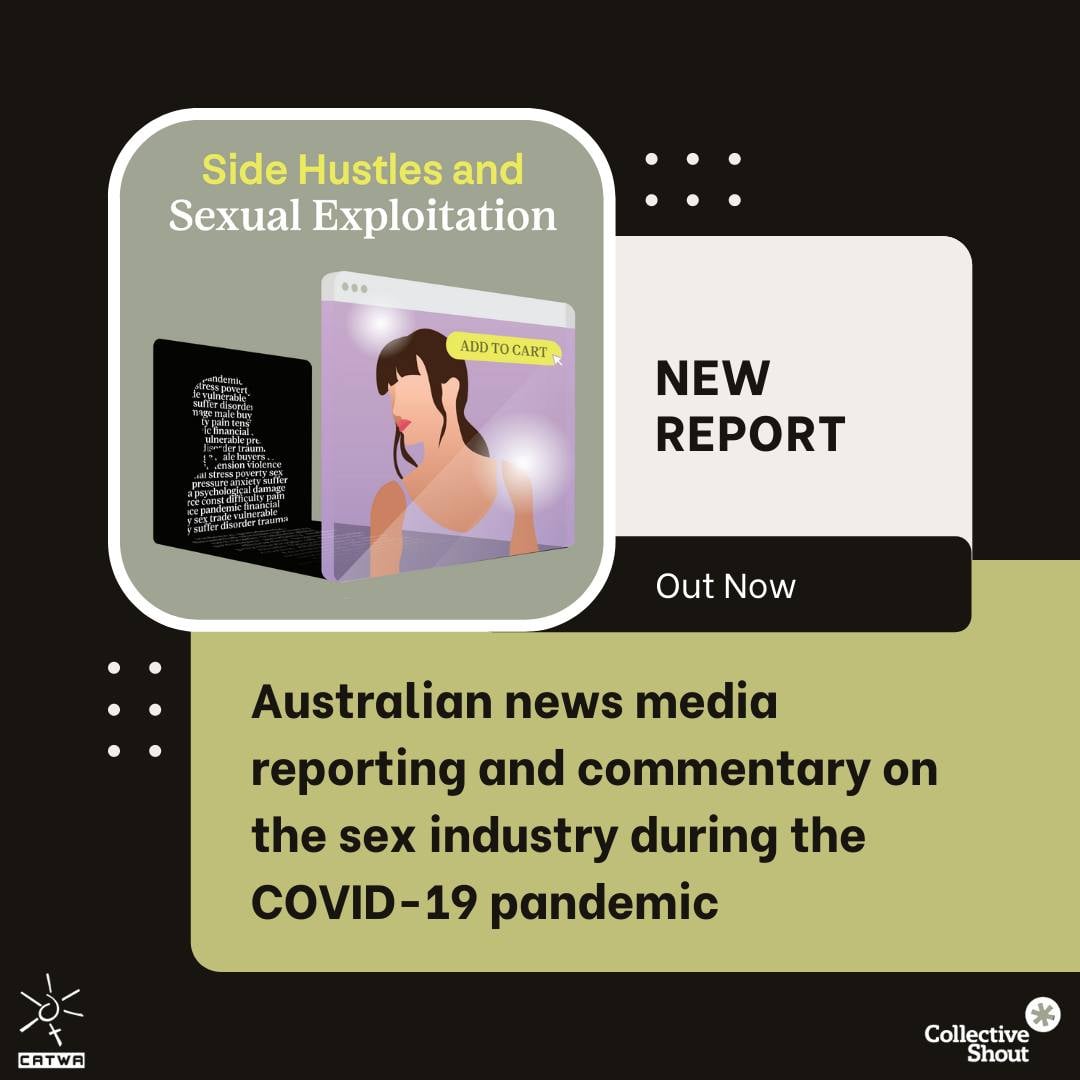 Men’s violence against women in the sex trade was often framed as exceptional, with those perpetrating violence framed as ‘monsters’ or ‘one bad apple’ who did not represent the majority of sex buyers or brothel owners.

When men’s violence against women happens in the home, we understand it to be part of a broader system of behaviour; when violence or unsafe practices are rife in an industry, we ask questions about its conditions; yet when men’s violence against women is a frequent topic of reportage linked to the sex industry, it is framed as a problem related to troubled individuals ... Instances of violence and abuse were portrayed as far removed from the inherent functioning of the industry, and disconnected from its commodification of women.

The report concluded there was

In an industry based on the sexual objectification of women’s bodies, and various forms of male violence and exploitation of women and children, the Australian media’s endorsement of a reduction in regulation should be of significant concern to anyone who seeks to uphold the human rights of women and girls.