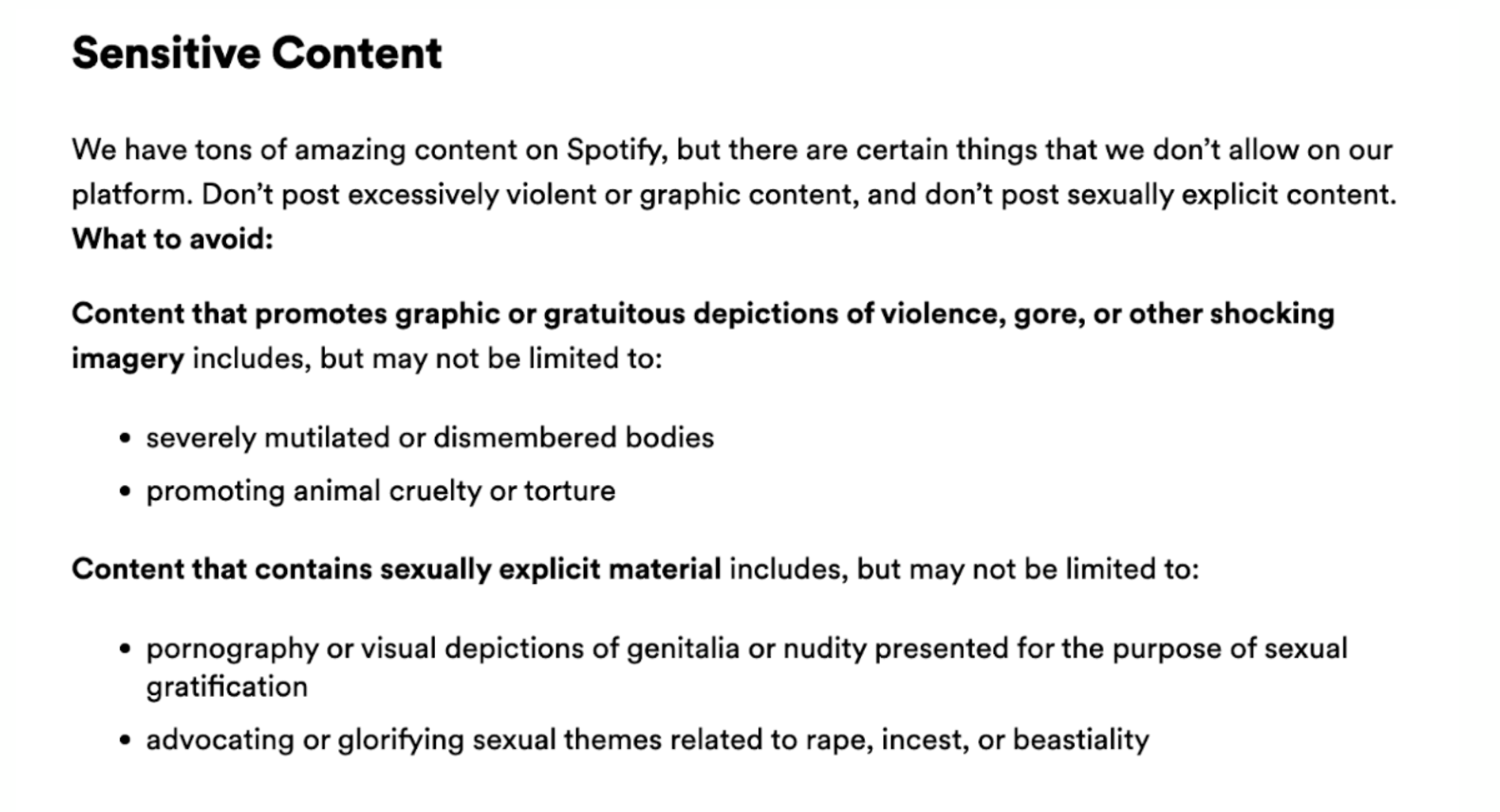 Can you report these accounts? Well, Spotify says you can using the desktop app, clicking on the account name and then filling out a form. However, the report option only seems to appear for audiobooks leaving no ability to report all other forms of pornographic content currently on Spotify.

User settings do provide the ability to block ‘explicit content’, however, even with it turned on, our searches revealed the same titles mentioned above.

Global allies have drawn attention to the grooming and exploitation of minors on Spotify. Survivor and Advocate Catie Reay (@thetiktokadvocate) shared this video with her 1.2 million followers:

The Daily Mail also recently published an article warning users of sexual grooming on the platform as a mother revealed how her 11-year-old daughter was tricked into uploading explicit pictures by paedophiles. "She says her daughter, 11, was encouraged to create her own playlists, where other Spotify users could edit the title to enable them to 'message' each other. Users can then upload a 'custom' picture to the cover of the playlist. The child was told to upload explicit photos of herself - which she did".

These discoveries are an important reminder to discuss online safety as a family. It also further highlights that any app where children are present predators will be also.

Tips for parents and carers