The national campaign against child beauty pageants has achieved significant traction so far.

The campaign has raised awareness of the issue and encouraged concerned individuals to speak out against the exploitative nature of what is essentially a child sexualisation pageant.

Activist groups have sprung up on Facebook and have attracted thousands of supporters. Australians Against Child Beauty Pageants was started by a concerned member of the public and is now administered by us. Pull the Pin (on beauty pageants for children) led a national rally against child beauty pageants on May 24 with the support of Collective Shout, our members, MP's and the broader community. There has been significant media interest and we have been asked to comment on an almost daily basis.

Collective Shout opposes the introduction of US, ‘Toddlers and Tiaras’ style child beauty pageants in Australia. We believe that the beauty treatments usually used by grown women to fit a narrow beauty standard or be appealing to men, are inappropriate for little girls and may even be harmful. Some of these treatments are most certainly painful.

There is already enough pressure on teenagers and women to look a certain way. As a culture, we should be challenging this rather than imposing  these same pressures on little girls. 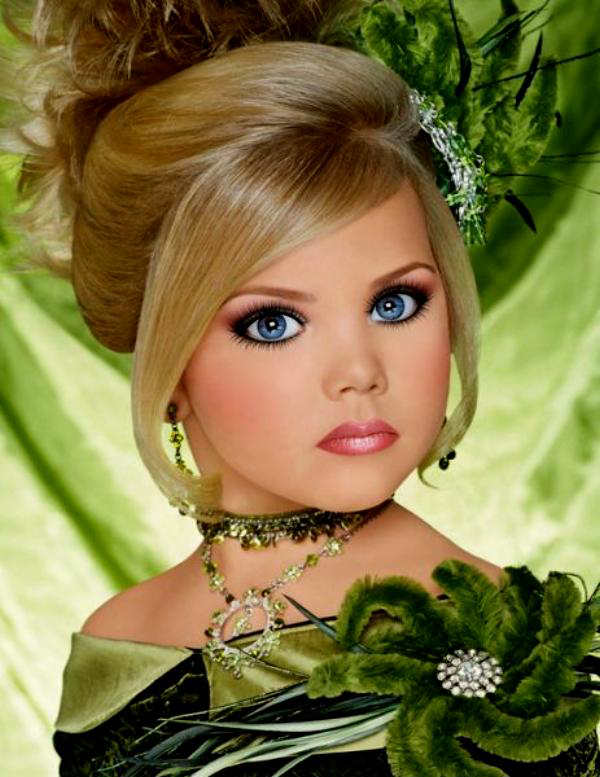 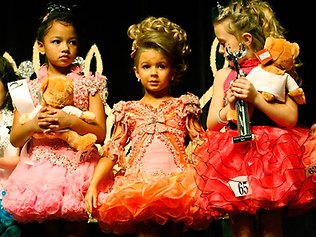 But even if the waxing, the spray tanning, the false teeth, hair pieces and other beauty practices were gone, we would still have a 'child beauty pageant.' These are three words which should not exist alongside each other. Children competing with each other over physical appearance and 'beauty' is so contrary to everything that we as a culture, should be teaching our children about their value as people. Research on the sexualisation of children shows that reinforcing an emphasis on looks and attractiveness leads to negative body image, disordered eating, depression, anxiety and low self-esteem. 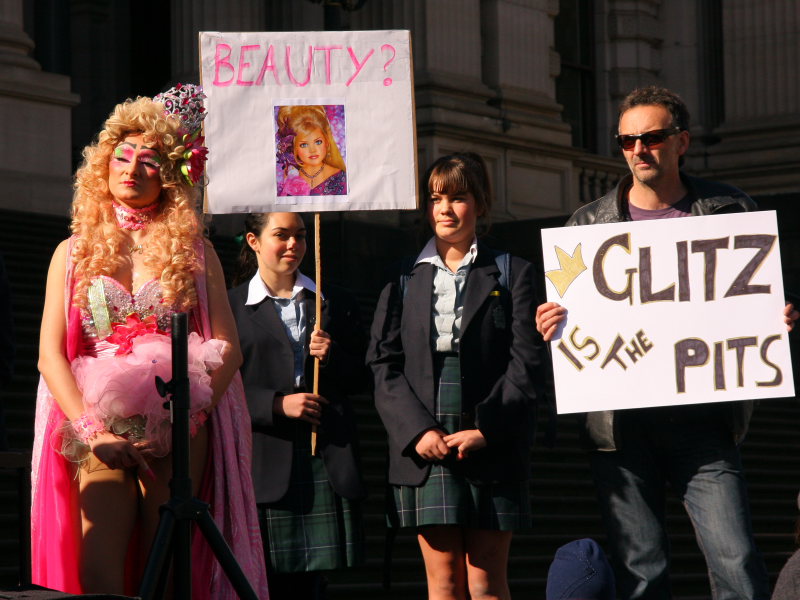 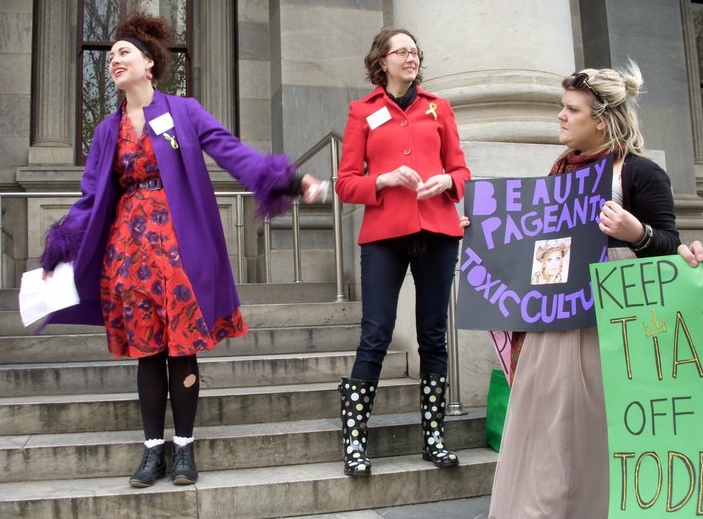 Now that the rallies have taken place, there is action you can continue to take to get the message across ahead of the first pageant scheduled for July 29-30 in Melbourne and future events planned for Sydney and Brisbane.

The national petition ‘Stop US Child Beauty Pageants in Australia’ is still active but needs your support to reach our target of 5000 signatures. If every one of our supporters could find ten of their friends who are against pageants and ask them to sign this petition, we could boost numbers quickly.

UPDATE The petition has now surpassed the original target of 5000 signatures but is still open. If you haven't already signed, please sign today.

As always, we would love you to share with us what action you have taken and any letters you have sent or received, via the comments below. If you're on Facebook, be sure to 'like' Australians Against Child Beauty Pageants and Pull the Pin (on beauty pageants for children) for regular updates on how the campaign is progressing.