Tomorrow morning we are calling on all our South Australian supporters to join together in a 'Collective Shout' against Wicked Campers.

There will be a gathering at 9:30am on the steps of Parliament House, right before a bill will be debated to deregister vans that breach the advertising code. 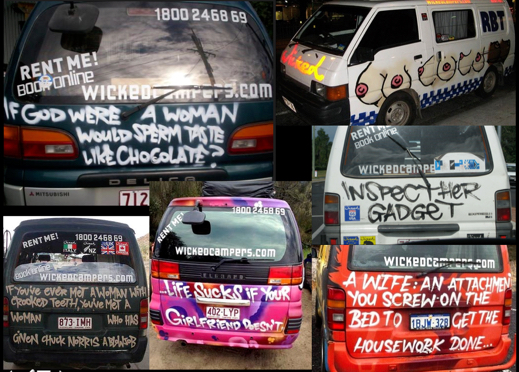 Between now and then will you email your local member and encourage them to support this bill? MPs need to know this is an issue the community cares about.

Here are 4 key points to help get you started. Express these in your own words.

As well as continuing with the calls and emails to Minister Stephan Knoll please contact the following key people:

It is so important we get as many people as possible to call or write before the bill is debated tomorrow. And we hope to see you on the steps of Parliament House at 9.30am tomorrow morning!

Lets get it done!