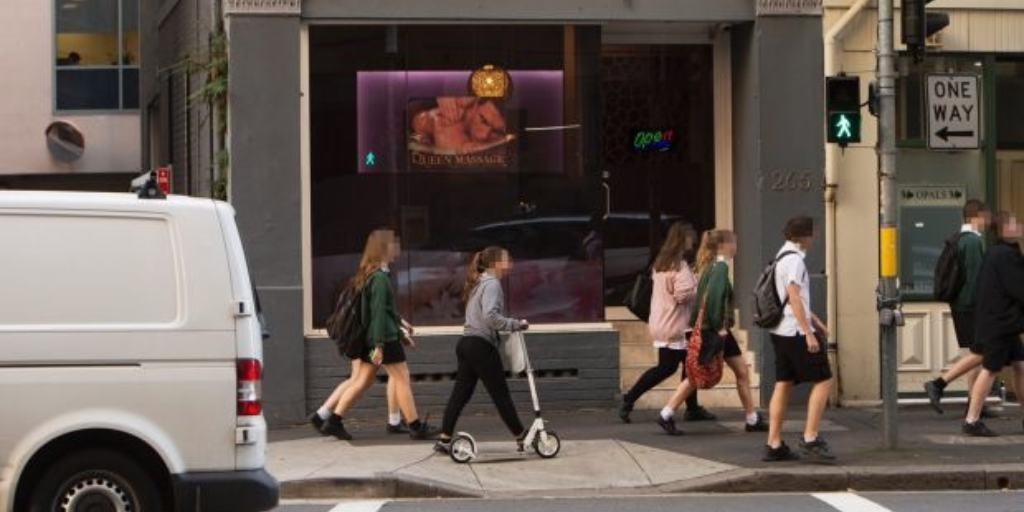 The Sydney Morning Herald has reported that one online advertisement includes 20-year-olds, some of whom are described as a “petite… cute little school girl”, and others who are labeled as “baby face[d]” with an “innocent look” aimed to “soften your heart”.

A number of complaints have been lodged about the parlour, including about at least one highly disturbing incident where a female student from St Andrews Cathedral was questioned by a man near the massage parlour about the days she worked.

The head of St Andrew’s has rightly called this situation as “an issue of great social concern”. Students should not be placed at such a level of risk, especially when they are simply attending school.

However, it appears that no one is willing to take responsibility for the matter and deal with it accordingly. Under current legislation, which does not regulate the sex industry, the NSW Police Force are not legally allowed to enter or close suspected illegal brothels. Although St Andrews has reported the matter to police, as it does not fall within their jurisdiction, the matter is now in the hands of the City of Sydney council.  At the time of writing, there was no update regarding their response, although a City of Sydney spokeswoman has noted that “public safety is of our highest priority”.

Collective Shout has long argued that exploitation is the cornerstone of the sex trade, and the present lack of regulation does nothing to end the continued exploitation of women in the sex trade industry. Also concerning are the dangers that face vulnerable young students who are caught up in such a dangerous proximity to these premises.

Collective Shout is currently campaigning to have all sex industry advertising removed from public spaces. Please sign our petition and join the movement!