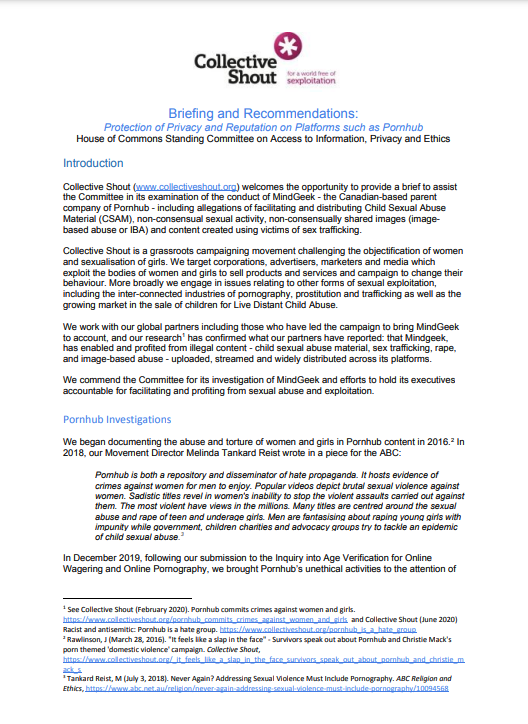 We commended the Committee for its investigation of MindGeek and efforts to hold its executives accountable for facilitating and profiting from sexual abuse and exploitation, and provided the Committee with evidence we had documented over several years, supporting allegations of MindGeek's complicity in criminal activity.

Drawing from evidence cited in our submissions to other significant inquiries, we made the following recommendations:

See our other submissions here.