Our call to rein in big tech 'rogue states'

Late last year the Federal Government launched an inquiry into social media and online safety. The inquiry followed the announcement of new anti-trolling legislation which would force social media companies to hand over the identities of anonymous trolls to individuals pursuing defamation charges.

'If govts care about the wellbeing of vulnerable young people especially, then they really have no choice but to bring rogue states into line.'

In our submission to the inquiry we highlighted evidence from our almost-three-year investigation into predatory activity on Instagram.

Click on the image below to read our full submission. 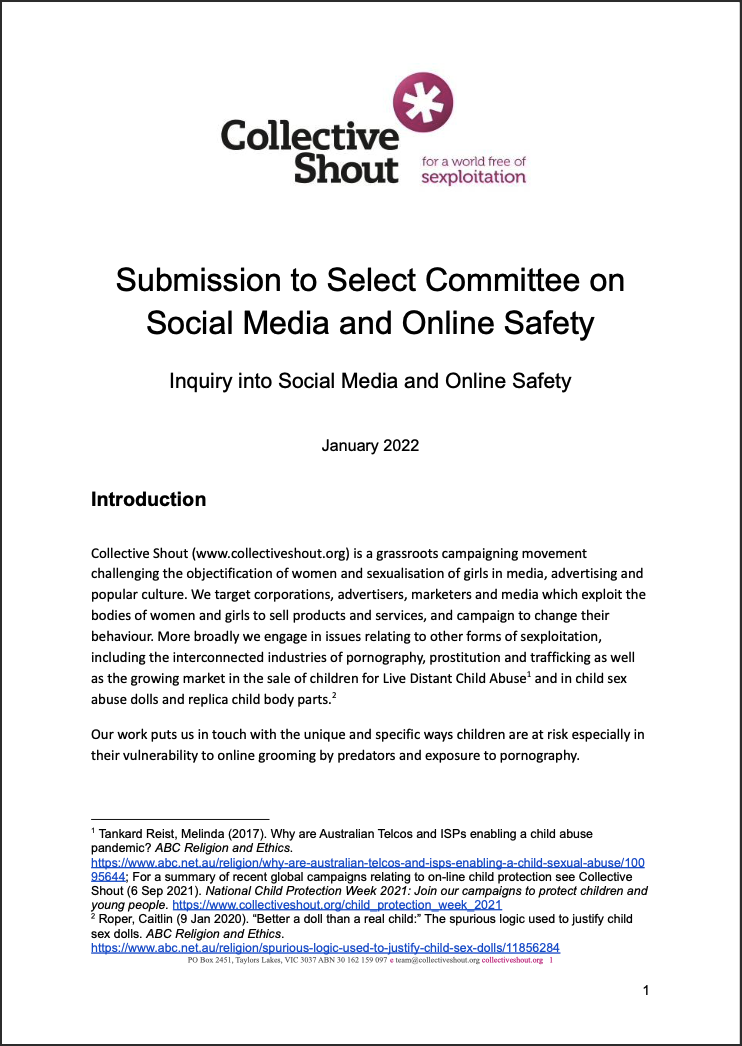 A full list of submissions to the inquiry can be viewed here.