Survivors call for legislation against image based sexual abuse

Survivors Vicky, Uldouz and Katelynn have organised a joint letter of support for the Protect Act, supported by the National Centre on Sexual Exploitation (NCOSE), inviting survivors of image based sexual abuse to sign. They explain:

In the US, 48 states, Washington D.C. and two territories have laws prohibiting the distribution or production of nonconsensually recorded/shared sexually explicit materials. However, the federal law is weak and websites can currently get away with distributing and profiting from these images.

When victims realize that materials depicting them are online, they often have to resort to asking online platforms to remove the content themselves, or enlisting NGOs or lawyers for help.

Legislation will soon be introduced before Congress that would fix this problem!

THE PROTECT ACT, currently sponsored by Senator Mike Lee, but gaining support by both Democrats and Republicans, fills a gaping hole in existing law that allows sexually explicit images to be created, uploaded, and distributed online without the consent or verifying the age of the persons depicted.

FULL TEXT OF THE JOINT LETTER:

We the undersigned survivors of image-based sexual abuse (IBSA) are writing in support of the PROTECT Act as an imperative step forward in human rights, requiring age and consent verification of those uploading and of those depicted in sexually explicit or intimate materials online.

What Is Image-based Sexual Abuse (IBSA):

Why the PROTECT Act Matters:

The PROTECT (Preventing Rampant Online Technological Exploitation and Criminal Trafficking) Act fills a gaping hole in existing law that allows pornography to be created, uploaded, and distributed online without the consent or verifying the age of the persons depicted. This has led to the victimization of countless women, men, and children who have few or no remedies under present law.

In the absence of this legislation, websites that allow independent users to upload sexually explicit material have become overrun with images of recorded rape, hidden cameras, filmed sex trafficking, child sexual abuse material, and other non-consensually recorded or shared images. These websites fail to effectively, proactively remove nonconsensual content, and they make it near impossible for victims depicted in the abuse images to remove them. And at the same time, many such platforms make money from the monetization of these nonconsensual abuse images, such as through increased website traffic and advertisements.

Without the documented consent to the acts or distribution, and verifying the age of each person depicted, sexually explicit material online constitutes nonconsensual distribution of intimate images.

While the term Image-based Sexual Abuse has arisen in recent years, it describes a phenomenon that has been long-plaguing vulnerable populations, particularly women and LGBTQ+ individuals.

A 2021 representative survey of 2,000 people between the ages of 18 and 80 from all European Union (EU) countries found that 30% of women across the EU fear that sexual images of themselves, real or fake, may be shared without their consent online.

LGBTQ+ people are at higher risk for image-based abuse than heterosexual people, with 17% of LGBTQ+ internet users reporting that they have been threatened or actually had pictures posted of them.

A survey of young adults (ages 18-25) who had experienced sextortion found that approximately 40% of participants reported that their sextortion occurred online. The report notes: “In these cases, the perpetrator frequently sought to get more sexual images of the victim or meet in person for sexual contact....While threats for explicit imagery were the most common demands across the sample, younger participants were more likely than older participants to have experienced this.”

The Cyber Civil Rights Initiative conducted an online survey regarding non-consensual distribution of sexually explicit photos in 2017. The survey found that compared to people without IBSA victimization, victims had “significantly worse mental health outcomes and higher levels of physiological problems.” A previous analysis noted that such distress can include high levels of anxiety, PTSD, depression, feelings of shame and humiliation, as well as loss of trust and sexual agency. The risk of suicide is also a very real issue for victims of this type of abuse, and there are many tragic stories of young people taking their own lives as a result. An informal survey showed that 51% of responding victims reported having contemplated suicide as a result of their IBSA experience.

As survivors, we know the personal toll that IBSA has had and continues to have on our personal wellbeing. And so long as the status quo remains, countless more individuals are set to become victims to IBSA in the future. That is why the PROTECT ACT must be passed. It is time to require age and consent verification for sexually explicit materials online in order to prevent significant trauma and abuse.

If you are a survivor, you can sign here (anonymously if you prefer)

Uldouz, one of the survivors behind the campaign, has testified at Capitol Hill, Washington DC, and met with congress and senators to create laws to give more rights to survivors of image based sexual abuse. 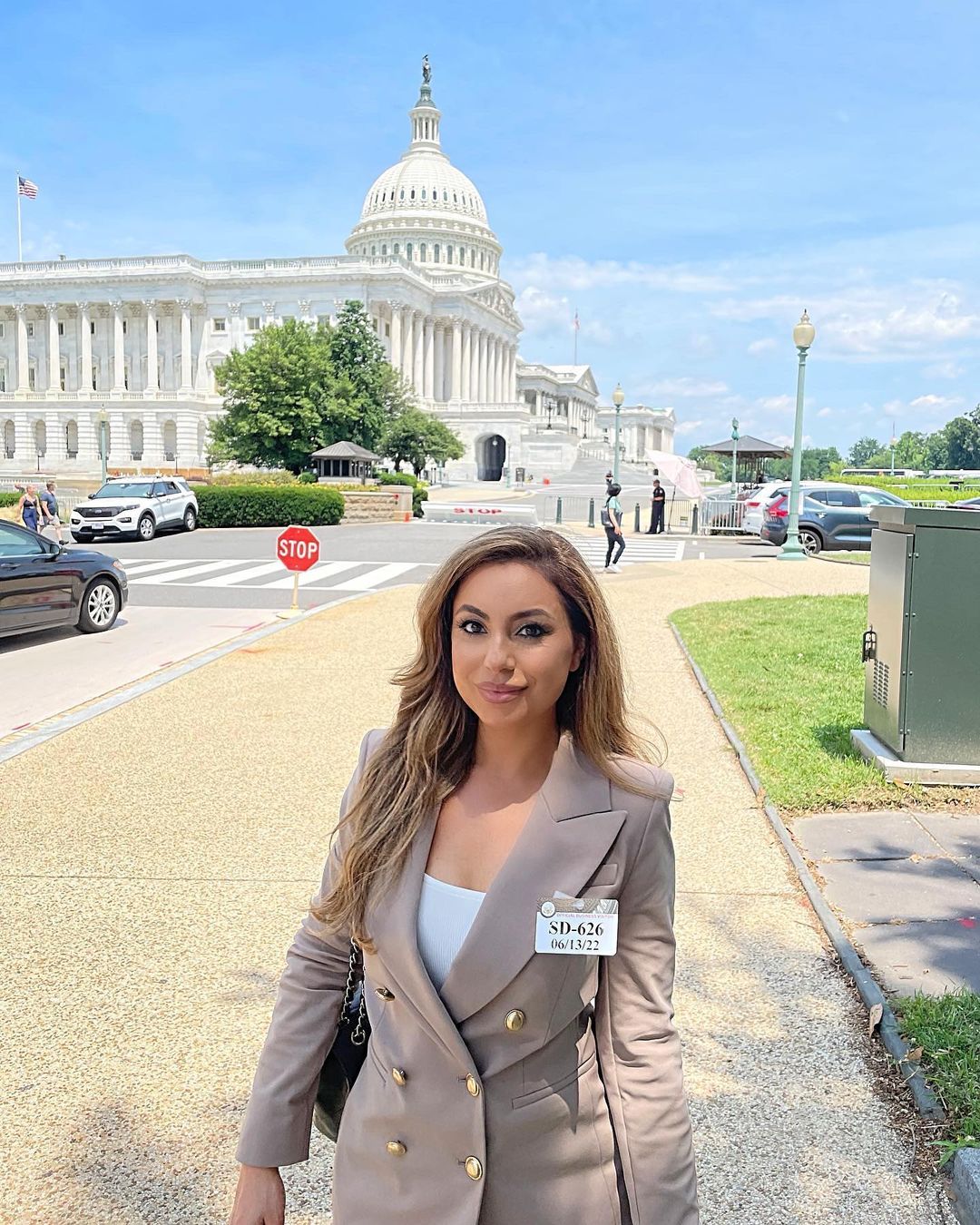 Female students from over 70 Australian schools targeted in pornography ring