As expected: "The advertiser has not provided a response to the Panel's determination"

Qld registered Wicked Camper van (registration 035 YML) with the slogan: ‘You obviously mistaken me for someone who gives a fuck’ 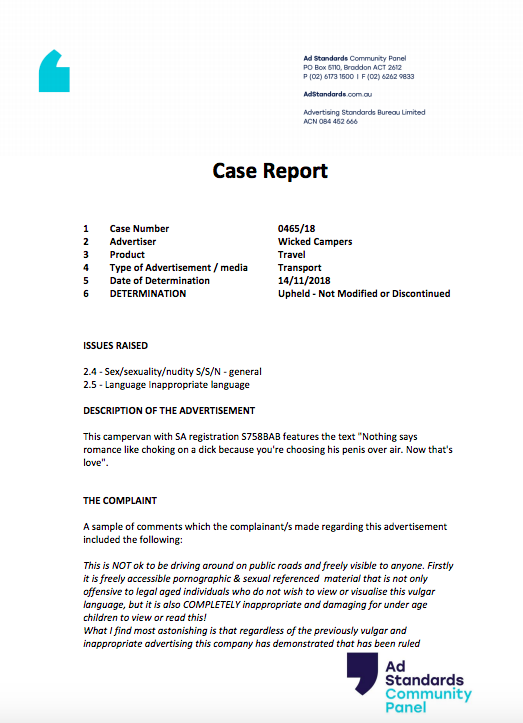