How many people signed off on this?

We welcomed the updated code as a step in the right direction, hoping that the change would result in more complaints against sexist and sexually exploitative advertising being upheld. We continue to monitor and evaluate the effectiveness of the updated code to determine whether there has been any meaningful change in the advertising content that is permitted. Here is the latest example we’ve come across.

Complaints against NGU Real Estate have been upheld by Ad Standards. The ad for the Brisbane company was dubbed sexist, objectifying and dehumanising by complainants.

The real estate company’s three minute YouTube video showed bikini clad women, often headless or faceless, in a multi-million-dollar mansion, partying on a boat and swimming in a pool. The video featured gratuitous slow-motion shots lingering on specific body parts as well as sexual innuendo between women, with one woman suggestively sucking on her finger.

A still image from the video.

AANA Code of Ethics, Section 2.1:  Advertising or Marketing Communication shall not portray people or depict material in a way which discriminates against or vilifies a person or section of the community on account of race, ethnicity, nationality, gender, age, sexual preference, religion, disability, mental illness or political belief.

The advertiser, NGU Real Estate, claimed the sexist ad did not discriminate against women because “there are no acts of inequity, bigotry or intolerance against women”, adding that the models are portrayed “in a position of power and confidence” as a justification for sexually exploiting women’s bodies and sexuality for profit.  Ad Standards agreed with the advertiser’s assessment:

“The Panel noted that the women in the advertisement were depicted as comfortable and confident and did not appear to be in distress or at the property against their will.”

Ad Standards determined the advertisement did not breach Section 2.1 of the Code.

AANA Code of Ethics, Section 2.2: Advertising or Marketing Communication shall not employ sexual appeal: (a) where images of Minors, or people who appear to be Minors, are used; or (b) in a manner which is exploitative or degrading of any individual or group of people.

The Panel referred to a specific scene which shows “women as being similar to cattle” and considered that this particular scene in the advertisement did employ sexual appeal in a manner which is exploitative of women by portraying women as commodities or objects to possess.

The Panel found that the ad was in breach of Section 2.2 of the code.

AANA Code of Ethics, Section 2.4: Advertising or Marketing Communication shall treat sex, sexuality and nudity with sensitivity to the relevant audience.

According to the case report:

“The Panel considered that there is sexual innuendo in the advertisement in the form of licking/sucking fingers and trailing fingers along shoulders but that this is only innuendo.

The Panel found that the ad was not in breach of Section 2.4 of the code.

While in this case, the complaints were upheld, it is clear that Ad Standards does not understand the nature of sexual objectification or why it is harmful. Treating women as sexualised props and defining women by their sexual appeal harms women as a whole, even if advertisers portray them as confident sexualised props. Sexual objectification may occur with or without nudity, with or without the presence of visible nipples or genitals. Ad Standards ongoing failure to grasp such concepts is alarming and indicates the current system is severely lacking.

What’s more, the many weaknesses in the code embolden advertisers to disregard Ad Standards rulings, as outlined in the final comments by NGU Real Estate:

- NGU is not required by law to remove the ad or any part of the ad.

- The advertising standards and code are guidelines.

- NGU did not act unlawfully.

While the revision to Section 2.2 of the AANA Code of Ethics is a step forward, we still have a long way to go.

"When will somebody figure out Honey Birdette has no intention of playing by the rules?"

Kenneth Thor, the father behind the petition calling for an end to porn-style Honey Birdette advertisements in Westfield shopping centres, is continuing to keep up the pressure on Scentre Group. 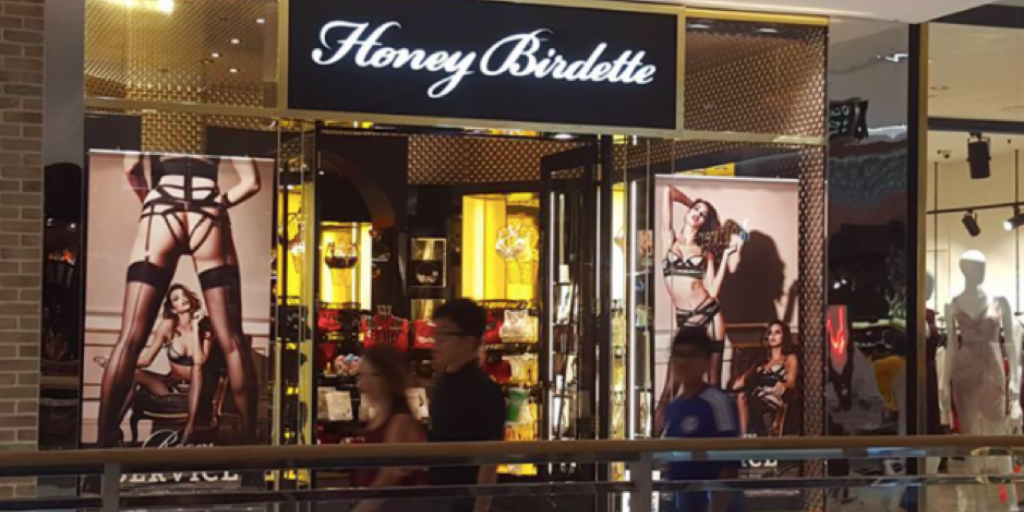