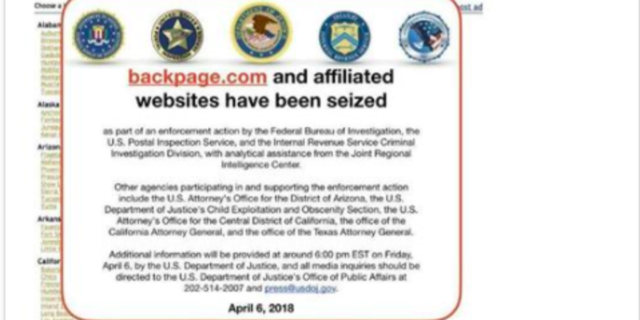 Campaigners and survivors of sex trafficking are celebrating what has been dubbed “the most important anti-trafficking legislation in a generation”.

According to the National Centre on Sexual Exploitation, despite investigations by the U.S. Congress, websites that facilitate sex trafficking have not been held to account. New amendments to the “outdated” law, the Communications Decency Act (CDA) would allow victims of sexual exploitation to pursue legal actions against these websites and aid prosecutors in bringing charges against them.

A still image from the 2017 documentary I am Jane Doe.

The legislation arose as Congress learned that its current anti-trafficking laws could not be applied to websites like Backpage, which host thousands of ads daily for female and male prostitutes, some of which are children being trafficked by adults. Backpage has successfully cited the Communications Decency Act, which protects websites from liability for material posted by third parties, to evade both criminal prosecution and civil lawsuits.

Congress launched an investigation into Backpage which showed that its operators helped customers modify their ads to delete references to teenage prostitutes, yet still allowed the ads to run. The Washington Post then reported that Backpage used a company in the Philippines to solicit both prostitutes and johns from other websites, and created new ads for the prostitutes.

In response to the amendments, various major sites have implemented significant changes:

This is a massive victory for survivors of commercial sexual exploitation.

Watch the trailer for 2017 documentary I am Jane Doe