A retiree has been refused bail after police allegedly found a raft of child abuse material on his laptop and a number of fake identification documents.

Over the past 20 years, police allege Mr Seddon regularly travelled to Thailand and the Philippines, describing him as “well-connected” and a “frequent traveller to high risk ports for child exploitation”.

Police also alleged Mr Seddon recently contacted a computer company and asked them how to use the dark web.

Police allege they also uncovered an “enormous amount of gay pornography” ranging from children to adults.

“Based on the pornography viewed, the accused has a preference for jail scene encounters…sexual torture,” court documents read. 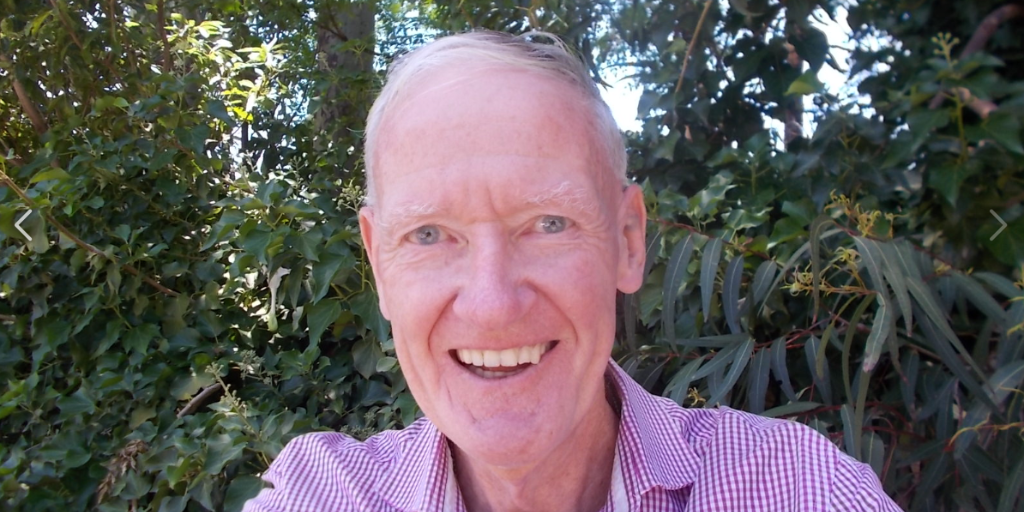 Police allege Mr Seddon had befriended a woman in the Philippines with two boys aged six and eight, who he often gave gifts to and provided for. Police have documentation which shows payments to the Philippines for unknown reasons.

Your prize has arrived- Makana swimwear

Unbeknownst to me, my daughter had been hankering for her prize to arrive in the mail.

There it was at my front door. A small package with her name on it. As we’re in a time of many firsts, I was wondering whether she had in fact ordered online for the first time. The Sender was the name of an unfamiliar swimwear company. 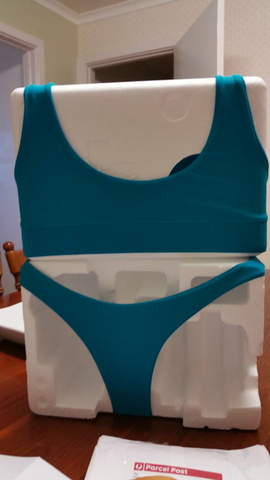 In between coming home from school and going to her part-time job, she opened the package stating that this was the ‘prize’ that she had won in an online competition where if you typed in the last comment you would win the prize. She later confirmed that her comment had indeed been the last of the competition.

There it was wrapped in white tissue paper and sprinkled with clear faux white diamonds. She told me that this was like Christmas! She had even got to pick the colour but that this was the only style of swimwear that was available to WIN. I looked at the top. It was indeed her favourite colour. When I looked at the bottom, I realized that it was a thong/g-string! I told her that she wasn’t going to wear that. She insisted that she could sunbake with it in our backyard. This is not appropriate as at times, people can see into our backyard.

Who are these people I began to wonder? Why would they give my daughter free skimpy swimwear? I then asked, ’Have they asked you to take any photos in the bikini.” She reassured me that they hadn’t.

Then I proceeded to read the card that came with the prize, it said:

Thank you so much for purchasing from MAKANA SWIM – We hope you love your new kini!

Make sure you tag us in any photos you post in your newest swim piece so that we can feature you on our social media accounts!

Thank you again and enjoy the rest of your day. 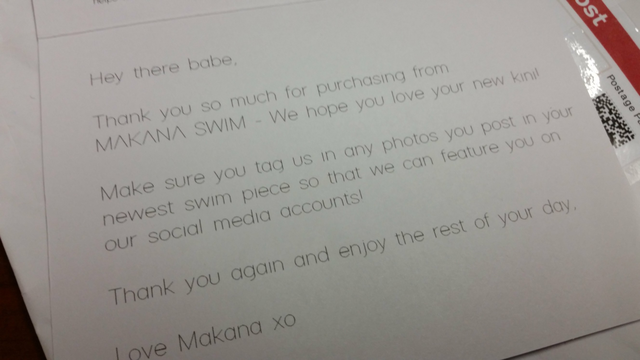 Not only had my 16 year old got her first thong/g-string (without my consent or approval) via a ‘free prize’ on an Instagram game. She was now being instructed to tag this company in photographs of herself in her what they deem (in their own advertising) ‘cheeky’ swimwear so that they feature my daughter’s half-naked body in advertising their product. Playing on the tendency of this age group to want to be in ‘hot demand’. Isn’t that every girl’s dream?

My daughter, perhaps more naïve to my concerns seemed somewhat sympathetic to this newly fledged company that was only trying to get more people/followers. Although, she assured me that none of her friends wear such scantily-clad bikinis, she has LIKED this company on Facebook and follows them on Instagram… We’re going to have to talk some more I know.

Alarm bells are ringing. It makes me wonder who else has ‘won a prize’?  Who else has tagged this company with images unbeknownst to their loved ones? How old are these girls being targeted? Do they even care? Sexual exploitation? Economic Exploitation? I’m not sure but my gut feeling is that something is not sitting quite right.

A 22 year old man who was caught with child pornography involving babies, coerced a teenage girl into sending him nude photos before publically humiliating her by posting them to Instagram. At the age of just 20, Alastair Wayne Anning was found with about 10,000 photos and videos of child exploitation which he downloaded using an app he thought was untraceable. Judge Devereaux sentenced him to 18 months imprisonment, suspended after three months.

A Mackay man caught with more than 1000 “disturbing” child pornography images and videos secretly filmed his 15 year old stepdaughter showering with a friend and using the toilet. Judge Dick handed down an 18 month sentence but the man will serve just 5 months in prison before that term is suspended for 2 years.

A paramedic has been charged with possession of “disturbing, repulsive” child pornography images and movies. Police located 13 movies in total and 4426 images – the majority classified as one of the most grossly offensive type of child exploitation material including acts of penetration and sadism. Judge Burnett ordered Parsons to a sentence of 15 months jail, suspended after 2 months.

These are just a few examples of people charged with possession of child exploitation material in the last month. The sentences are very similar, and lenient, across the board.

In early 2017, Collective Shout launched a campaign to hold people who access child exploitation material more accountable for their actions. This accountability also needs to be directed towards internet service providers and their obligation to better monitor what their users are accessing.

We were fortunate to have the opportunity to write a submission for the inquiry into the Crimes Legislation Amendment (Sexual Crimes Against Children and Community Protection Measures) Bill 2017. In our submission we agreed wholeheartedly that sentences for accessing child exploitation material needed to be increased. The above examples give you a general cross section of the types of sentences being handed down.

In addition to harsher sentencing, we also called on government to introduce legislation to increase liability for carriers (internet service providers) to more closely monitor and report on people accessing child exploitation material. Some fantastic recommendations came out of the inquiry, including increasing penalties for ISP’s for failing to pass on information, having a more formal reporting process, and allowing the Australian Federal Police to access service users personal details. Unfortunately, due to privacy laws surrounding service provider/service user relationships, ISP’s are not obligated to pass on client information.

The amendments to the Crimes Legislation Bill have already been debated twice in Parliament in 2017 and are scheduled to be debated again early 2018. At this stage, there has been no debate about the responsibilities of ISP’s, just debate around increasing sentencing penalties.

The United Kingdom has introduced “opt in” rules for people wishing to access the internet. If a service user wants to access 18+ content, they have to let their ISP know and provide their credit card details and proof of age. This allows police and ISP’s to better track people who are accessing child exploitation material. In Australia, you have to “opt out” of seeing this content or use internet filters. The UK model is not perfect, but it is a step in the right direction to continue to crack down on people accessing and sharing child exploitation material.

Collective Shout will continue to lobby MP’s and work with other organisations to make sure ISP’s obligations are at the forefront of any bill amendments. Thank you so much for your support during 2017! We could not have achieved what we have without your help. 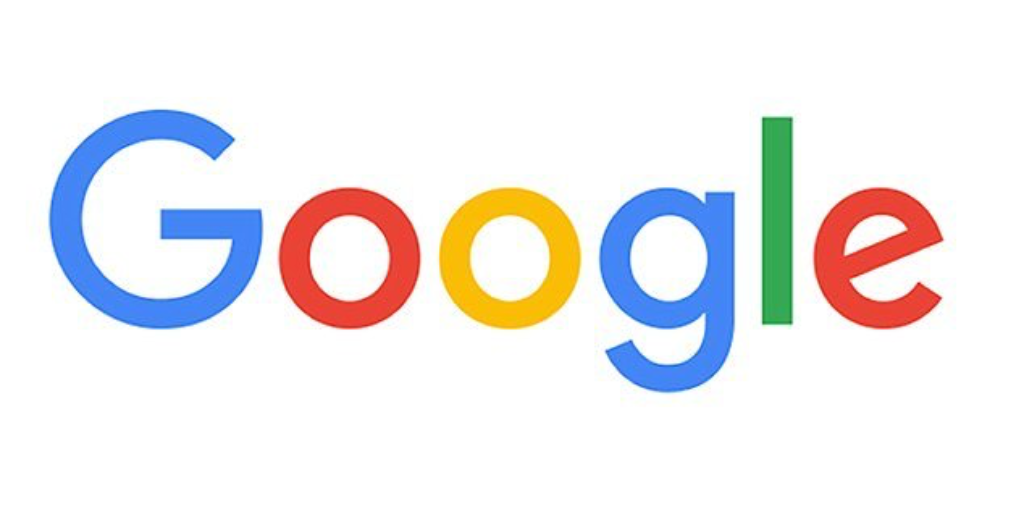 It had been reported that a child beauty pageant scheduled to take place in Melbourne on August 2nd, was cancelled due to a lack of interest. Universal Royalty refused to confirm whether or not the event took place.

It now appears that rather than being cancelled, the event was simply re-branded. Australia based beauty pageants Follow your Dreams promotional material seems to indicate a co-branding arrangement between Follow your Dreams and Universal Royalty. The Melbourne event was listed as "FYD/UR" on the events calendar.