We were recently contacted by a mother who was concerned about some games her daughter found online. The games featured characters from Frozen as being pregnant - in this case 'Elsa' - and the object of the game is to assist the character in giving birth.

On further investigation, the girls website includes a number of games depicting licensed characters as pregnant. The object of different games varies, some guide the gamer through assisting birth, including caesarean section. Others, such as 'Pregnant Rapunzel Ambulance" feature the character pregnant, with a black eye, a gash to her chest and tears streaming down her face. The gamer is required to patch up her wounds. As the mother who contacted us said "she looks like a victim of domestic violence." 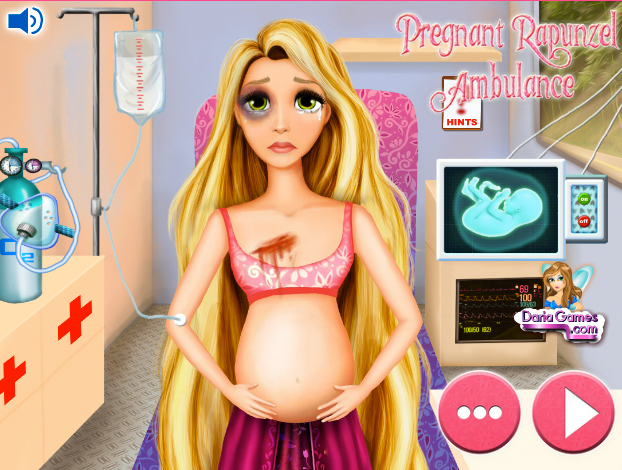 Aside from the inexplicable number of pregnant licensed characters, the site features games depicting cosmetic surgery.