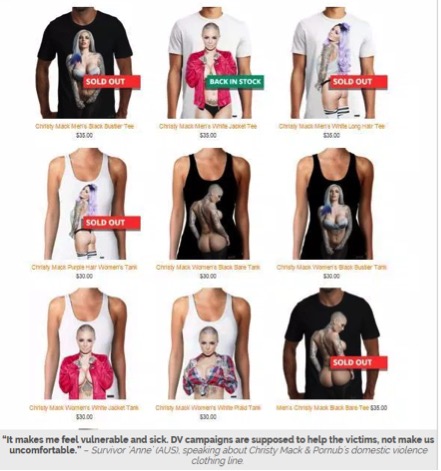 This is a statement and response developed for the attention of Amnesty International leadership and grass roots membership by prostitution survivors and people who are or have been harmed in the sex trade. Although we have all experienced harm in the sex trade, we also have extensive knowledge from all perspectives, having researched thoroughly the impacts of different legal systems around the world from an objective point of view. Some of us are active Amnesty International members and are concerned about the organisations capacity to further inflict human rights violations and expand harm to women and girls - 90 percent of prostituted people are women/girls and over 99 percent of buyers are men, so this is a women’s rights issue (Sullivan 2007).

"Collective Shout joined human rights organisations and survivors of the global sex trade in calling on Associated Press 'to refrain from using terms like “sex work” and “sex worker” because they legitimise prostitution as a form of “work” and conceal the violent and exploitive nature of the commercial sex trade.'

Gloria Steinem, philanthropists Peter and Jennifer Buffett, the Women’s Media Center and survivors of the sex trade among those who oppose the terms “sex work” and “sex worker”

New York, November 5, 2014 – More than 300 human rights organizations, frontline service providers and advocates such as Sanctuary for Families and the Coalition Against Trafficking in Women, and survivors of the sex trade, are urging the Associated Press (AP) to refrain from using terms like “sex work” and “sex worker” because they legitimize prostitution as a form of “work” and conceal the violent and exploitive nature of the commercial sex trade.

In an open letter to the editor of the AP Stylebook, more than 300 people, including feminist author Gloria Steinem, philanthropists Peter and Jennifer Buffett, the Women’s Media Center, and human rights activists from 40 nations including Australia, Brazil, Germany, Ireland, Japan, Norway, The Philippines, South Africa, Sweden, the United States and Venezuela, asked the AP to adopt alternative vocabulary that reflects the life realities of individuals bought and sold in prostitution.

Studies and testimony of survivors demonstrate that the sex industry is predicated on dehumanization, degradation, and gender violence that cause life-long physical and psychological harm. Between 65 and 96 percent of people in prostitution have been sexually assaulted as children; 60 to 75 percent have been raped by pimps and sex purchasers; and between 70 and 95 percent have been physically assaulted in prostitution.

Vednita Carter, the Founder of the survivor-led organization Breaking Free, added “The term ‘sex work’ was coined by supporters of the sex industry to normalize prostitution and mask the injuries it inflicts on those exploited in it. Prostitution is not ‘sex’ and it is not ‘work.’ It is a harmful practice steeped in gender and economic inequalities that leaves a devastating impact on those of us who were or are ‘in the life.’”

The letter explains that “[t]he chasm between the meaning of the word ‘work’ and the experiences of the average prostituted or trafficked person is too vast to be ignored. The term ‘sex worker’ wrongly suggests that the person in prostitution is the primary actor in the multi-billion dollar sex trade.”

“The term ‘sex worker’ renders invisible and unaccountable the traffickers, pimps, brothel and strip club owners, and the buyers of sex who prey on vulnerable individuals with histories of poverty, homelessness and sexual abuse,” says Autumn Burris, Founder/Director of Survivors for Solutions. “We must look at prostitution as a human rights violation.”

The letter was written in response to an invitation from the AP to submit comments for its Stylebook 2015 edition and to an online campaign calling on the AP to adopt the term “sex worker.”

You can find the open letter here.