Despite broadcasting objectifying and pornified representations of women, reinforcing sexist and harmful stereotypes about women and sexuality, and accusations of bullying and harassing young female staff, sex store Honey Birdette’s go-to refrain is that they are “empowering women”.

This claim is at odds with reality. Read on as we unpack the various ways that Honey Birdette disempowers women and girls.

Instagram is a haven for child predators and a host to the broadcasting of child sex abuse fantasies. Contrary to corporate claims that there's 'no place' for content that exploits or endangers children, exploitative, graphic and degrading comments directed at underage girls are rampant on the Facebook-owned platform. 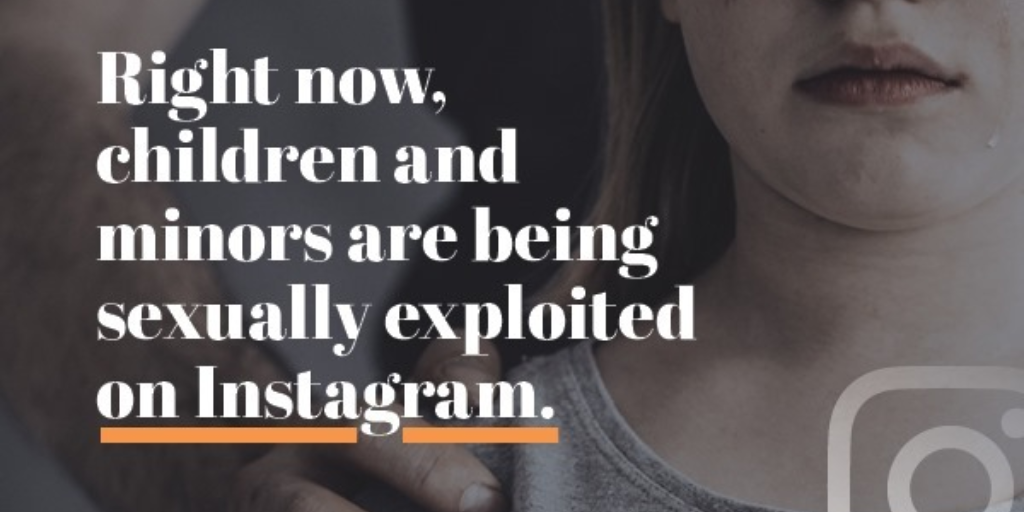 Our campaign partners at National Center on Sexual Exploitation met with Instagram heads last December to discuss the ways Instagram puts children at risk and how child safety on Instagram could be improved. Instagram said that the matter of predatory comments will be investigated.

Meanwhile, men continue to use Instagram to harass and fetishise little girls. See below for our latest roundup of child sex abuse fantasies and other predatory comments freely broadcast on Instagram. We will continue to expose and call out this predatory behaviour!

Each week we find new evidence that underage girls are at risk from predators on Instagram. We've rounded up some of the worst, recent examples of predatory comments we've come across and shared these below. Some of the comments depict male fantasies for carrying out violent sex abuse acts on little girls. 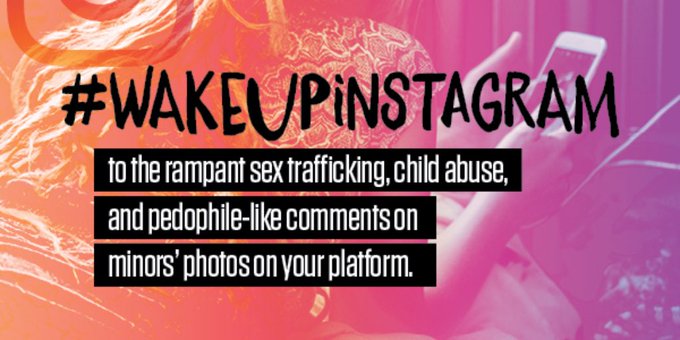 There should be no room anywhere for these comments, and that's why we are continuing to call on Instagram heads to stop the fetishisation and harassment of little girls that is happening on their platform. Join our campaign and help #WakeUpInstagram to child exploitation. Learn how here.

But we've found countless comments that have been up on underage girls' photos for up to a year. How is this using "proactive technology"? We've also reported hundreds of comments, many of which have taken weeks to get actioned and often the reply from Instagram is that they do not violate community guidelines.

These comments here are from 27 weeks ago and 14 weeks ago. Also a comment regarding a topless shoot on a child's picture apparently did not violate Instagram's community guidelines:

Here's an example of comments from a man describing his desire to sexually assault a girl which apparently do not violate Instagram's community guidelines. And another example of a comment that had been up for 54 weeks:

This comment describing the sexual assault of and underage girl had been up for 38 weeks when we found it:

Here is a sample of 100+ comments we found on Instagram on pictures of underage girls:

We need to send a strong message to Instagram. Add your name to the letter here.

Why does Instagram allow men to tell underage girls they want to rape them? Global call for action to protect minors from predators.

Collective Shout has joined a global campaign calling on Instagram to take urgent action to protect young girls from the predatory behaviours of large numbers of men congregating on their pages. Campaigner Lyn Swanson Kennedy discovered hundreds of comments from men describing sexual acts they wanted to perform on the girls.

Collective Shout has joined forces with the National Centre on Sexual Exploitation (US) and Demand Dignity (Canada) stating that Instagram has become a predator’s paradise and calling on the global picture-posting platform to implement safety measures to protect underage girls.

Kennedy described her shock at coming across large numbers of predatory comments containing descriptions of sexual abuse fantasies even for girls as young as seven - and grooming-style behaviours on the Facebook-owned platform. A 9-year old girl was described as having a ‘fat little p*ssy’ by one man while another described in detail how he would assault her.

“Instagram is providing a platform for men to share their sexually explicit comments about young girls,” Kennedy said

"What we’ve found shows that sexualisation and harassment of underage girls on Instagram is rampant. By giving adults unfettered access to children and facilitating the transmission of sexual comments Instagram is complicit in putting underage girls at risk and normalising them as available for sexual gratification.

“This is a gross act of social irresponsibility and violates socially expected standards of corporate conduct.

“My colleagues and I are spending a lot of time reporting these comments. Too often Instagram says the sexually explicit comments don’t violate their “community guidelines”. Perhaps it’s time for their board to come up with some new guidelines to protect children?”

1) Change its settings so that strangers cannot direct message minors.

3) Update its reporting system so that if someone is reporting a sexual comment on a minor’s post it can be reported as such. The “harassment/bullying” selection does not capture the fact that these comments come from adults who are grooming/sexualising/harassing a child.

The campaign is being run under the hashtags #WakeUpInstagram and #InstaPimpsGirls. Screenshots and videos of evidence here: https://endsexualexploitation.org/instagram/.