The body of the Meter Maid has become a type of public entertainment.

Paul McCartney penned his pop song "Lovely Rita" in 1967, he is said to have been inspired by a female parking inspector who gave him a ticket. The Gold Coast Meter Maids, launched by the Surfers Paradise Progress Association just two years before, did exactly the opposite.

Gold Coast Meter Maids were introduced in the 1960s, with fears that the installation of parking meters would drive tourists away. The job of the meter maids was to put coins into expired parking meters ensuring that no one got a parking fine.

Wearing gold bikinis and high heels and armed with sixpence coins they topped up the newly installed parking meters and posed for pictures with grateful motorists and anyone else who wanted a souvenir of the glitzy Gold Coast strip. 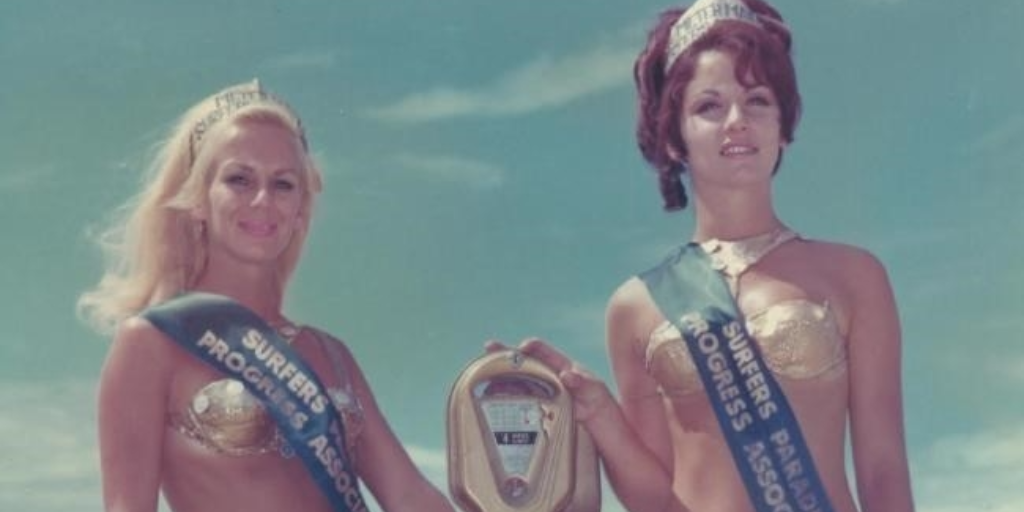 In a response to community pressure, the code has been improved to better regulate the way sexual appeal is used in advertising.

The Australian Association of National Advertisers (AANA) has updated its Code of Ethics to “better align with community expectations” around using sexual appeal in advertising.