The Ultra Tune brand has become synonymous with misogyny and sexist portrayals of women in its advertising over many years. We have documented the company’s use of degrading gender stereotypes, its vilification of women resulting in multiple Ad Standards’ rulings against it and the engagement of known perpetrators of sexual assault and domestic violence in the production of its ads.

Ultra Tune's sexist ads were broadcast during the Australian Open, including the women's matches, serving to undermine the public's celebration of women in elite sport.

Last month, we wrote to Craig Tiley, CEO of Tennis Australia and Tournament Director for the Australian Open, who is also a Male Champion of Change to "end everyday sexism", and asked him to inform Channel 9 that he did not want Ultra Tune to be represented as a sponsor of his tennis-related events. We have not received a response. 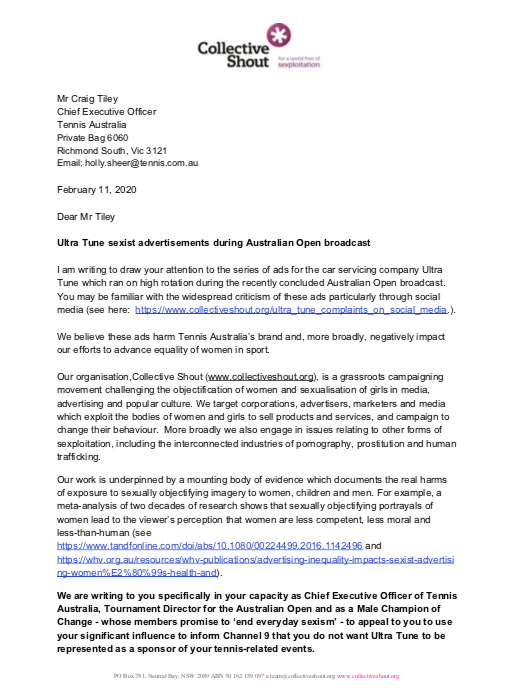 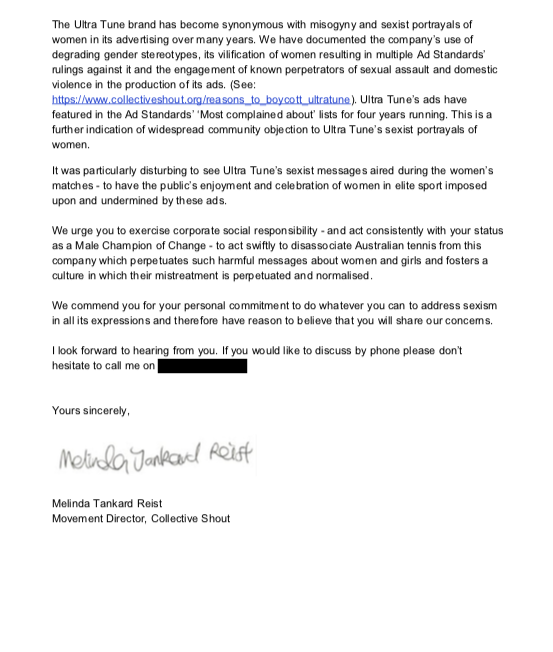