Considering the abundance of platforms that are available for campaigning against the exploitation of women and children, it stands to reason that the mission of one campaign may not always correspond with another. Particularly in the age of social media, conflicting messages between campaigns are often overshadowed by the resounding chorus of advocates and protestors who, on a surface level, are united in saying ‘no’ against the exploitation of women and children.

Particularly in the case of the sex industry, it is when the rights and autonomy of those that are being ‘exploited’ becomes a discussion point (or, to a lesser extent, the rights of those engaging in the services) that the stance of being ‘for’ or ‘against’ the issue becomes decidedly less clear.

Prostitution is a highly contentious issue, with conflicting views regarding the human rights of women in the sex industry and how these rights are achieved. Conflicting views of the sex trade has led to a proliferation of articles and discussions that debate that validity of prostitution, leading to a split between advocates involved in the debate. As it stands, there are those that believe that prostitution is merely another form of labour, one that women may choose, and advocate a harm-reduction model with the intention of improving conditions for women in the industry. There are also those who argue that entering the sex industry is rarely a choice, but exploitation of vulnerable and destitute women and children by men who pay for sexual access to their bodies. Abolitionists argue the trade in female bodies for sexual abuse can never be made safe and should be abolished rather than regulated.

As the validity of prostitution will always be a point of contention, high profile advocates and organisations run the risk of contradicting themselves if their stance against exploitation is fixed, whilst spread across multiple platforms (which themselves may be unclear as to there stance against prostitution). Such is the case for The Body Shop, the chain of makeup and skin care consultants that that have taken a well publicised stance against human trafficking, alongside support for Amnesty International. 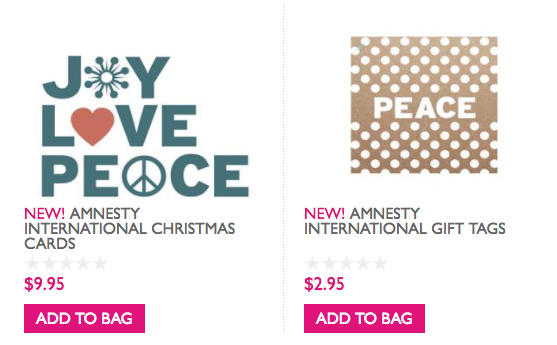 Amnesty International was slammed by survivors of prostitution and trafficking, advocates and human rights organisations for their policy to decriminalise sex buying, pimping and brothel keeping, a move that abolitionists argue is akin to siding with slave owners rather than slaves, and one that will fuel the expansion of the legal and illegal sex trade, including global sex trafficking.

Although it may be minimal (unlike say, General Pants support of White Ribbon) the degree to which The Body Shop are contradicting themselves through their advocacy is worth noting. Between the difference in the message that The Body Shop is advocating for, and the message they are sending, there is a space that allows those are risk of exploitation to be disregarded, and for those who exploit others to continue to operate.

If high profile organisations cannot make a decision as to their stance against prostitution, then why should those who are exploiting the vulnerable and marginalised?

In 2010, the Body Shop partnered with ECPAT UK to launched their ‘Future Is In Our Hands’ campaign, a initiative to support victims of sex trafficking. Consumers were encouraged to sign a petition, calling for Members of Parliament to launch an investigation into trafficking, and were giving the option of purchasing items which had a portion of the sales price donated to ECPAT UK. For many consumers, the campaign satisfied duel interests, to purchase beauty products that were sustainable and fair trade, and too end the exploitation of the marginalised and needy.

Yet the recent decision of The Body Shop to partner with Amnesty International is at odds against their commitment to tackle sex trafficking. Even if the ‘Future Is In Our Hands’ campaign was a flash in the pan, The Body Shop’s decision to sell Amnesty gift cards is at odds with their commitment to “enrich, not exploit”, leaving many consumers uncertain about the organisations ethical, fair trade and compassionate roots. 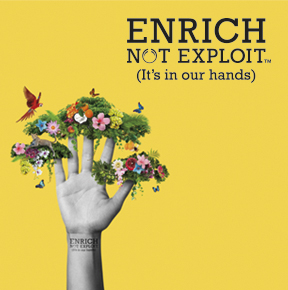 Amnesty have a reputation for conflicting opinions as to the autonomy and validity of women in prostitution, to the extent that in 2014, Amnesty Queensland and Amnesty Tasmania made the decision to distance themselves from Amnesty International’s support of a legalised sex industry after revelations that pimp and UK brothel owner Douglas Fox had infiltrated Amnesty and informed the process.

According to a press release, the branches decision to advocate for an abolitionist approach to the sex trade, was in contrast with “the position proposed by the international secretariat in support of a legalised sex industry with little government interference into the buying and selling of sex and with no recognition of those who are harmed in the industry”. The branches decisions were echoed by the support of Abolish Prostitution Now, SPACE International, Coalition Against Trafficking Women, former president Jimmy Carter, and a range of human rights and prostitution survivor groups who had spoken out against Amnesty’s decision.

A previous post on the Collective Shout website has highlighted research which proves that a legalised sex trade is ineffective in minimising exploitation to prostituted women. For instance, the research has stated that:

Although any organisation that supports Amnesty International could be forgiven for not understanding their resolution on prostitution, The Body Shop have continued to support the organisation, long after the concerns were brought to light. An email from their Co-Ordinator for Corporate Responsibility, has stated that The Body Shop will continue to “value the work of Amnesty International and the positive impact they have made to defend human rights around the world; we respect their policies and the thorough research behind them”.

Considering that the collateral affects of prostitution impacts not just the individual, but the family, friends and colleagues of those being exploited, the stance against the industry needs to be for the greater good and not the autonomy of the individual that has stated that their involvement in the industry is consensual. Too many people would face risk of exploitation, against their will, if this belief was widely shared.

Former anti-discrimination commissioner Dr Jocelynne Scutt said it best, when she declared that:

“Concerted action on a global level needs to be taken by all countries working cooperatively to end the slave trade, prostitution, and buying women and girls by whatever means – whether prostitution, slavery or marriages.”