Caitlin's essay is reprinted in full below.

The pornography industry is built on men’s sexual violence, domination, cruelty, humiliation and degradation of women. Radical feminist theorists define pornography as the graphic form of women’s subordination and inequality.

It is impossible to transform an industry that relies on the objectification and commodification of women’s bodies and sexuality, which turns women into things for men’s use and abuse, into an ‘ethical’ or ‘feminist’ practice.

In Rebecca Whisnant’s critique of the work of Tristan Taormino, a so-called ‘feminist pornographer’, it was noted that depictions of violence against women, such as gagging, choking, slapping or misogynist name-calling were still prevalent. “Either it is ethical and honourable to ‘play with’ and promote the dynamics of humiliation and violence that terrorise, maim and kill women daily, or it is not,” concluded the report.

If we support women’s rights, if we believe in women’s humanity and object to men’s violence and abuse of girls, we cannot ignore the abuse of women that is pornography. It’s not enough to merely improve the conditions of this abuse – we must abolish it.

Read both sides of the debate and cast your vote here.

Right-click on the image and select 'save image'. 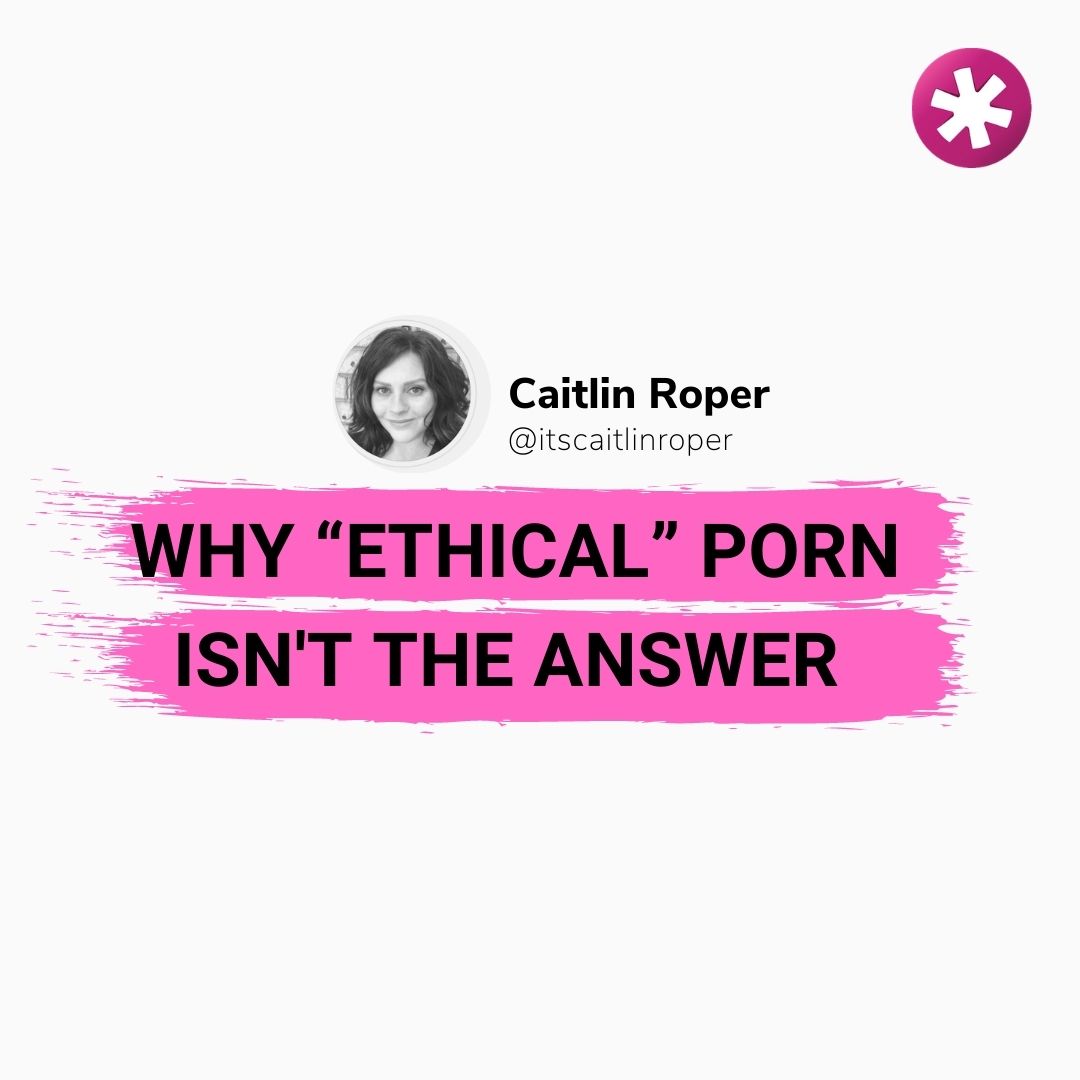 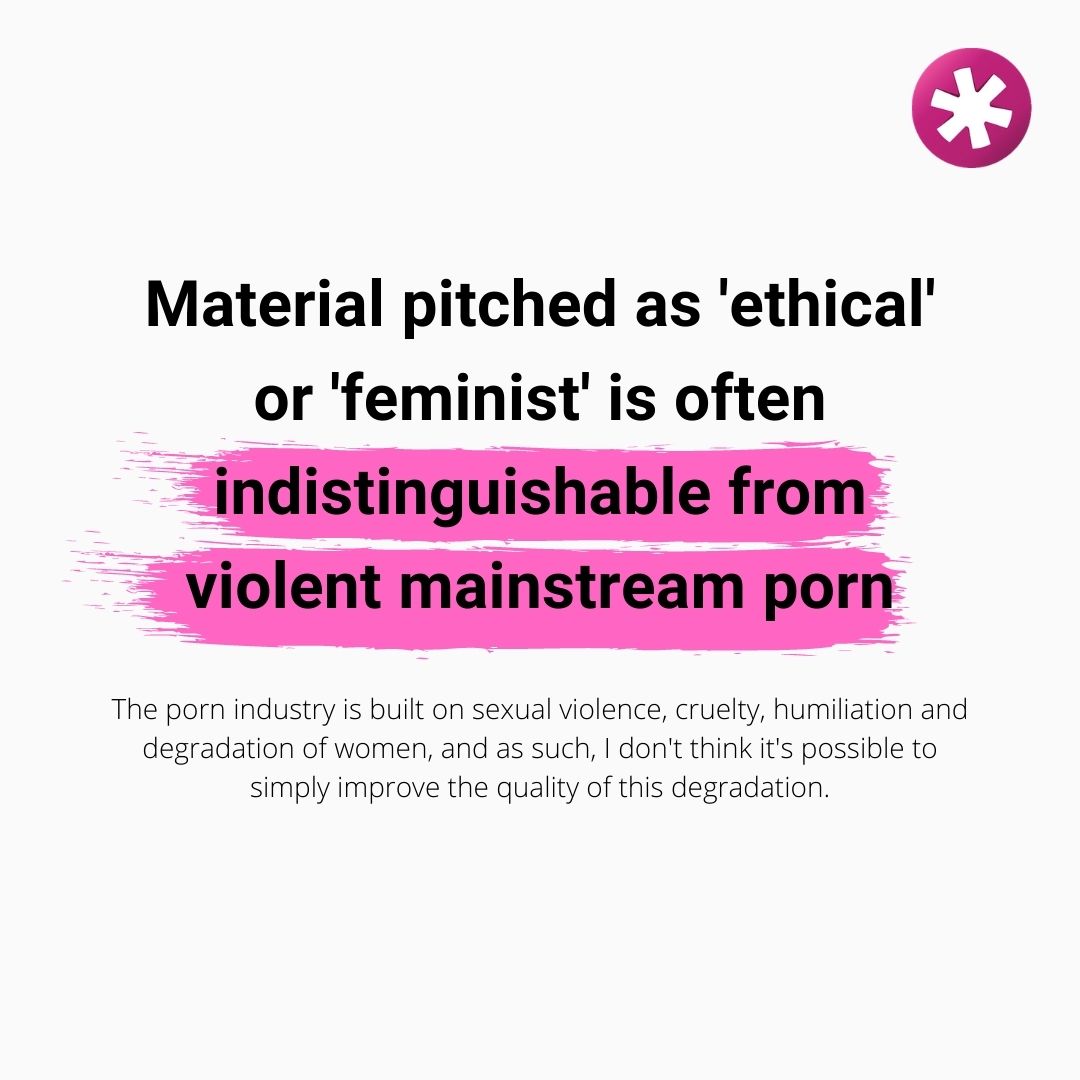 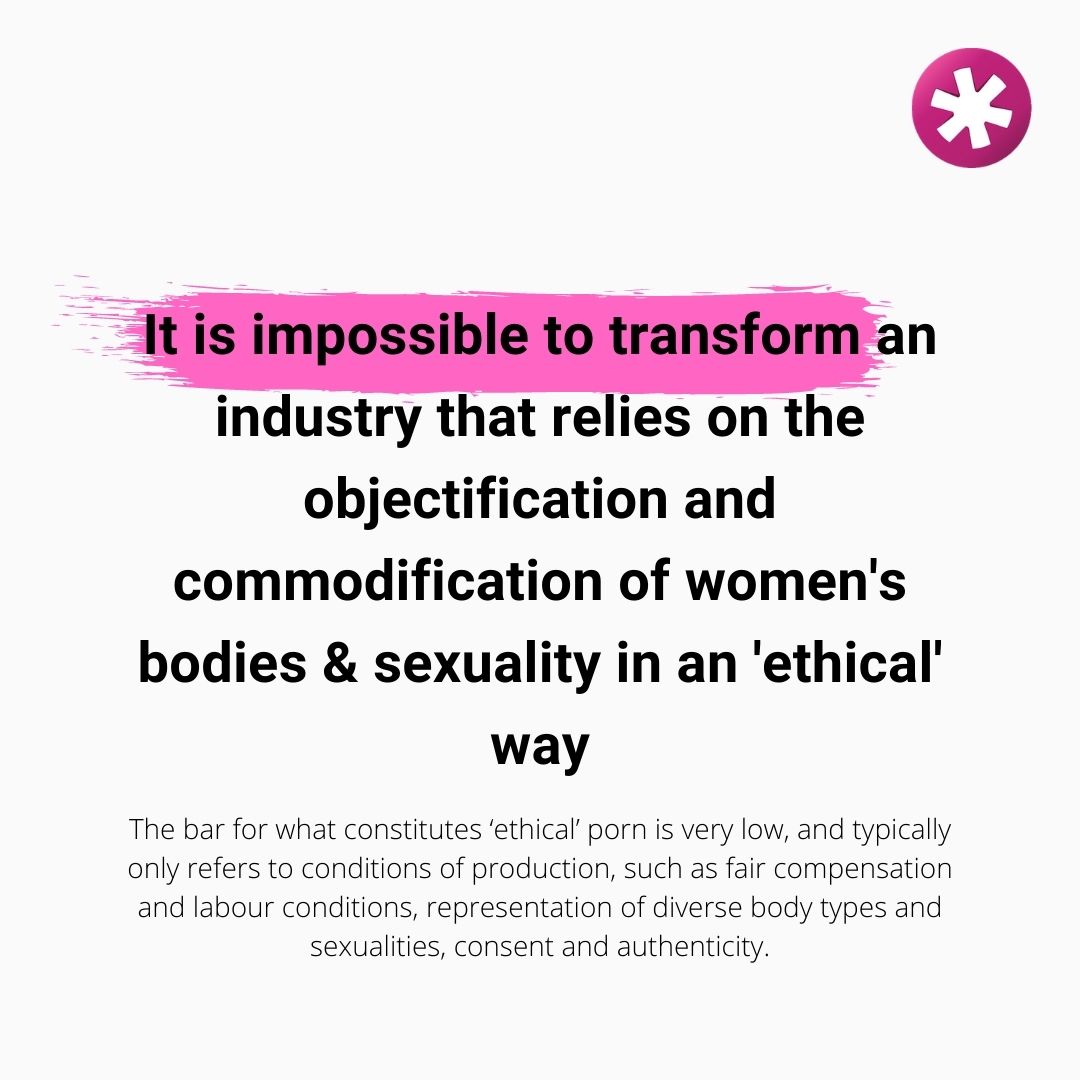 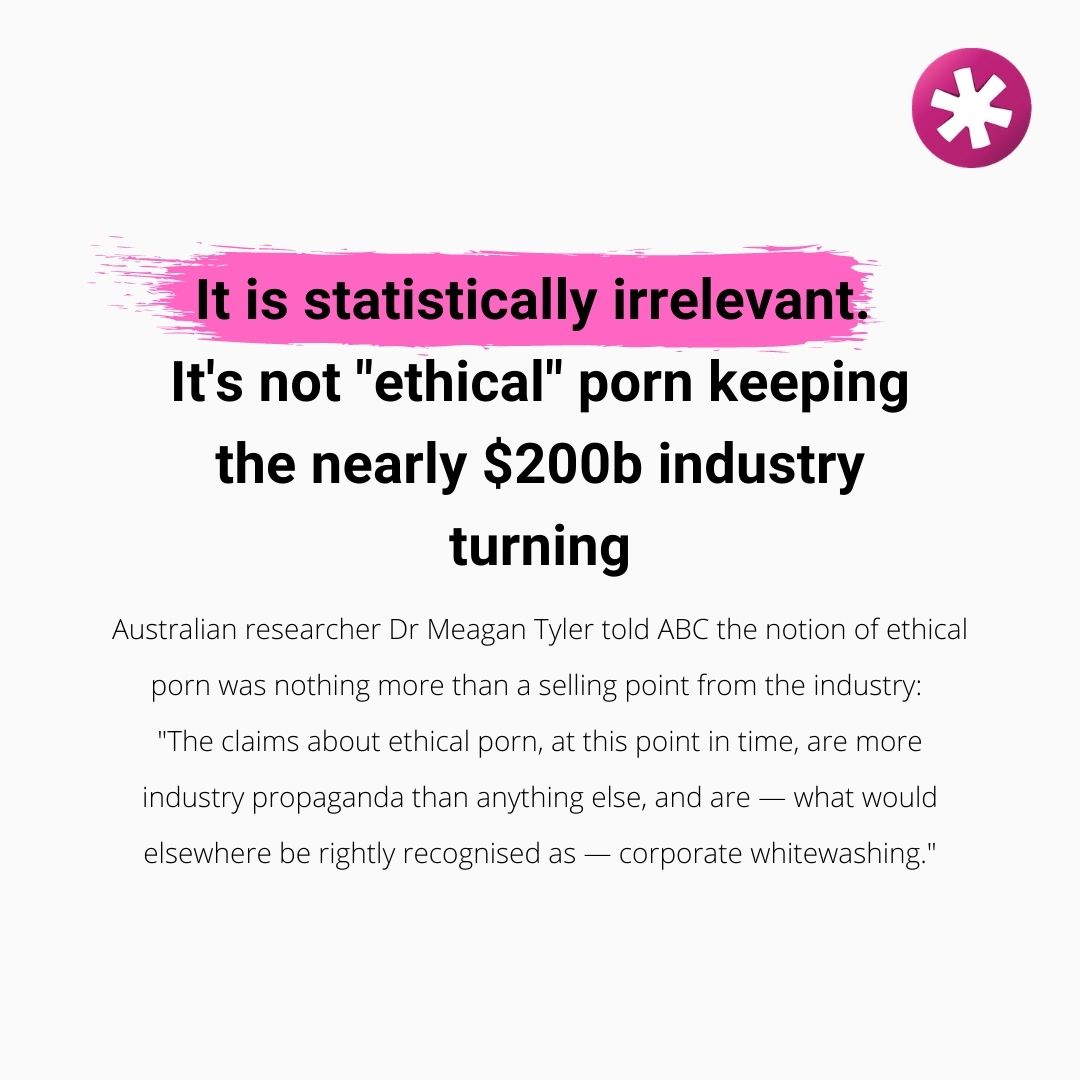 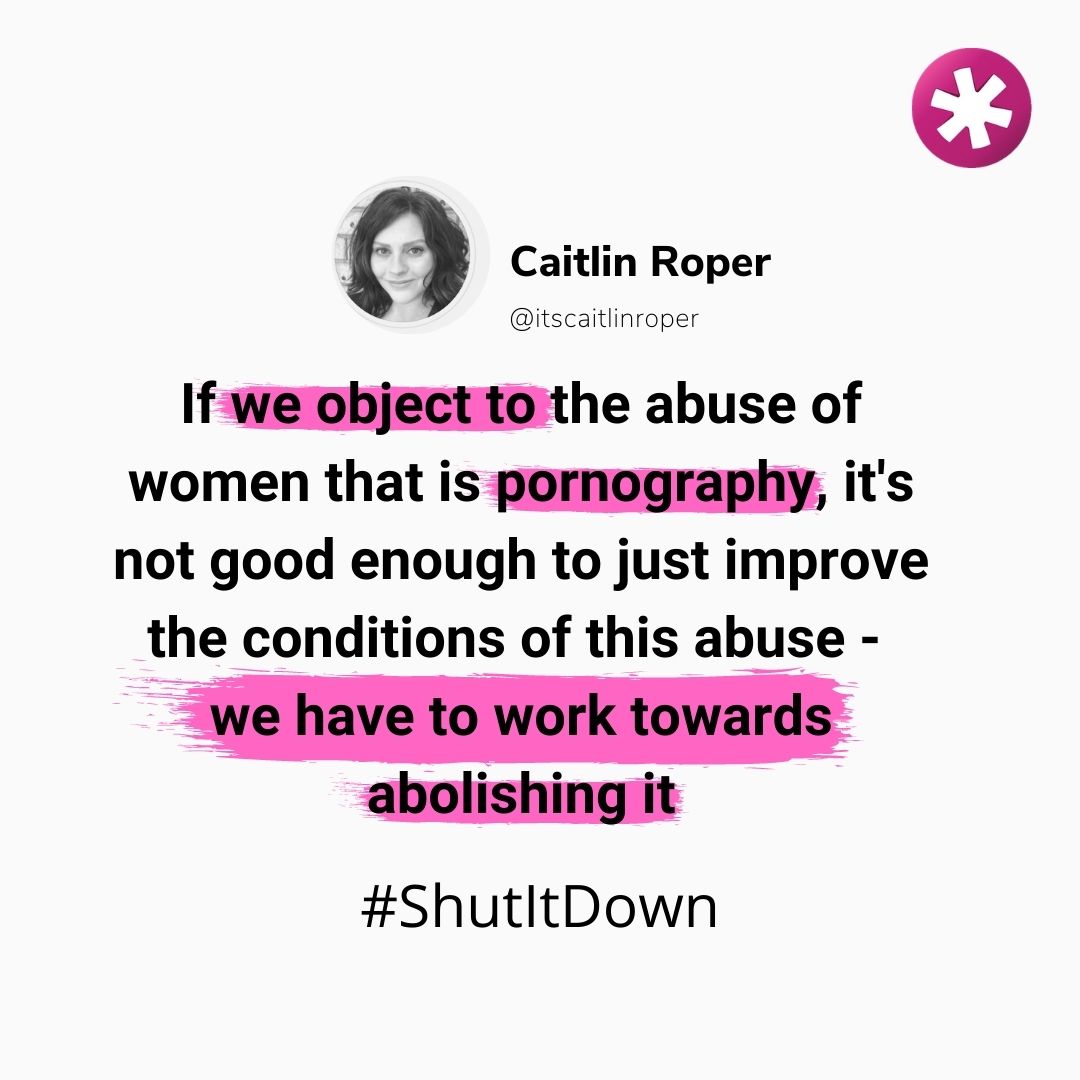