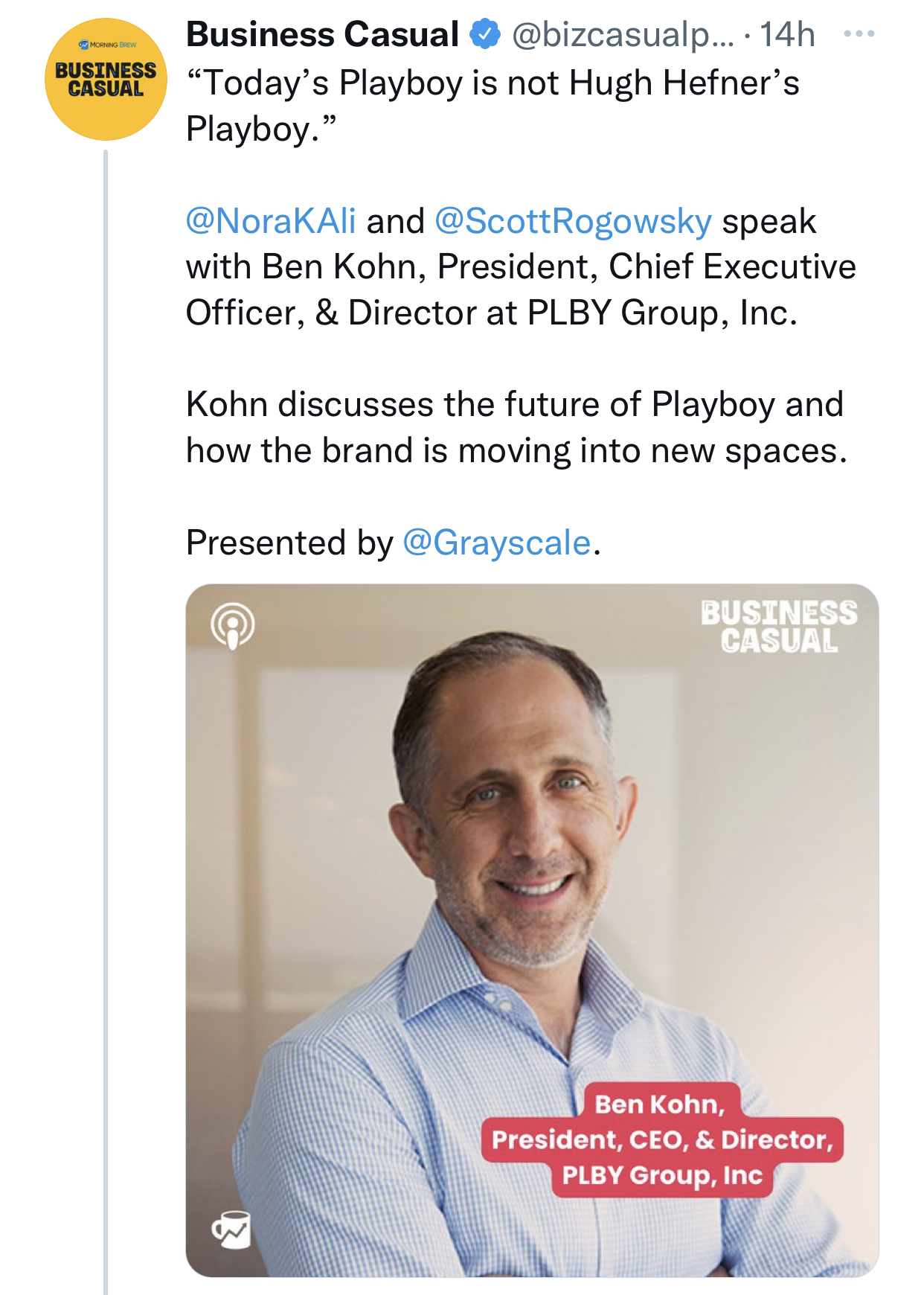 The claim originally appeared in a January 2022 open letter from executives of Playboy's parent company, PLBY Group. The letter was timed with the release of a docuseries (The Secrets of Playboy) unveiling fresh drugging and rape allegations against Playboy's late founder.

A year earlier, PLBY Group had been listed for public trade. How it managed to secure investors - finance giants with clear commitments to ESG and responsible investment - is baffling to us. Hefner's abuse and exploitation of women and girls was already well documented.

But more reminders about Playboy's inherent connections to an alleged rapist had potential to harm its relationship with already secured investors, and hamper its ability to attract new ones. Damage control was vital.

Of course, the claim that today's Playboy is not Hefner's Playboy is just marketing spin. It is based on the fanciful notions of a man with vested interests who thinks (or at least wants others to think) he can give Playboy a new identity devoid of its deceased (alleged) rapist founder.

Is there really a way to do that? What would Playboy be today if not for the global empire built by Hefner over decades using the sexualised bodies of women and girls?

Current ventures conducted with Ben Kohn at the helm show that Playboy is the same corporate predator, pimp and pornographer today that it always was.

Here are some examples: 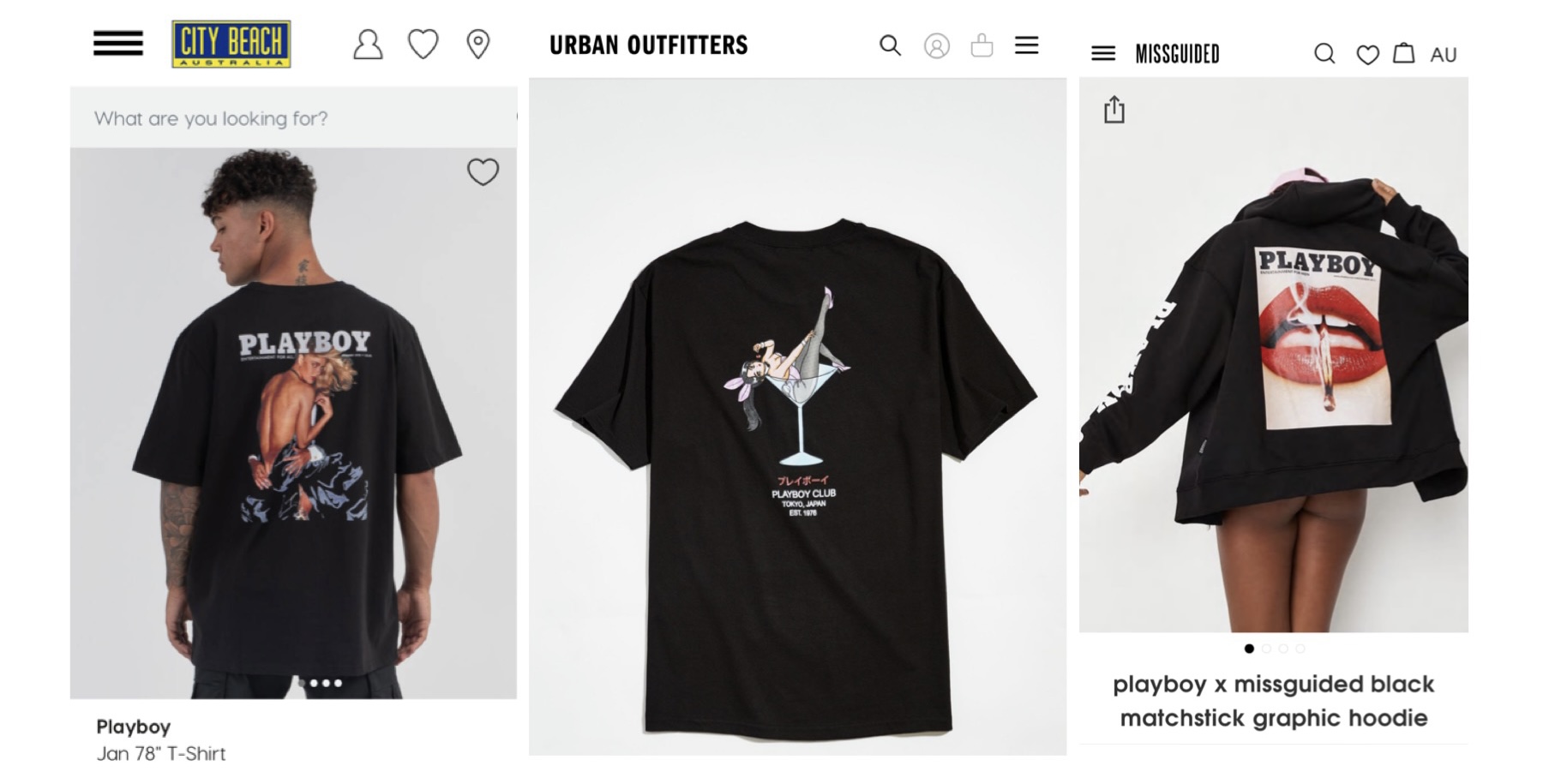 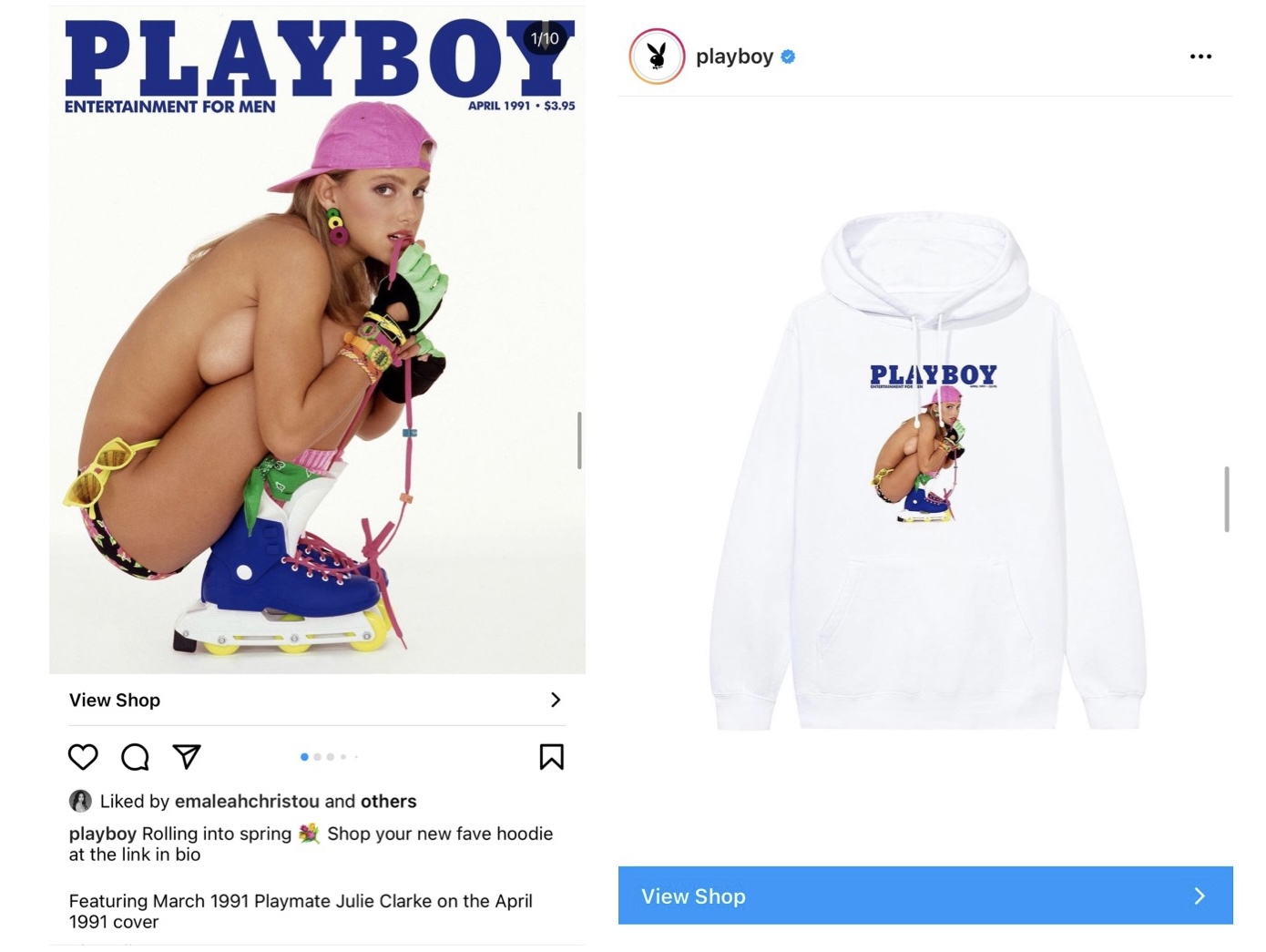 While out of print, past issues of the magazine can still be purchased in digital format. Playboy's social media pages routinely pay homage to the magazine with "revisits" to Playmate pictorials. 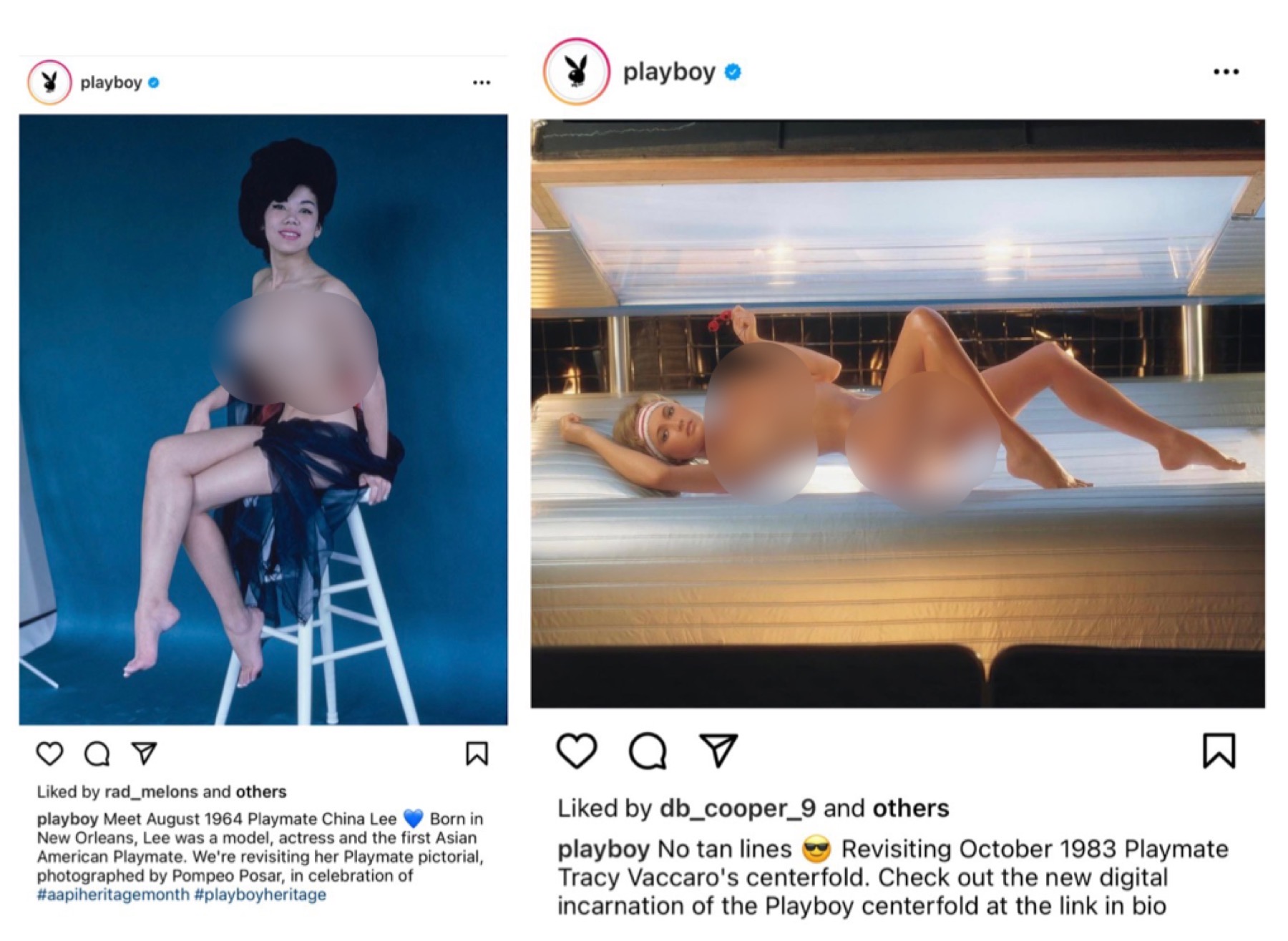 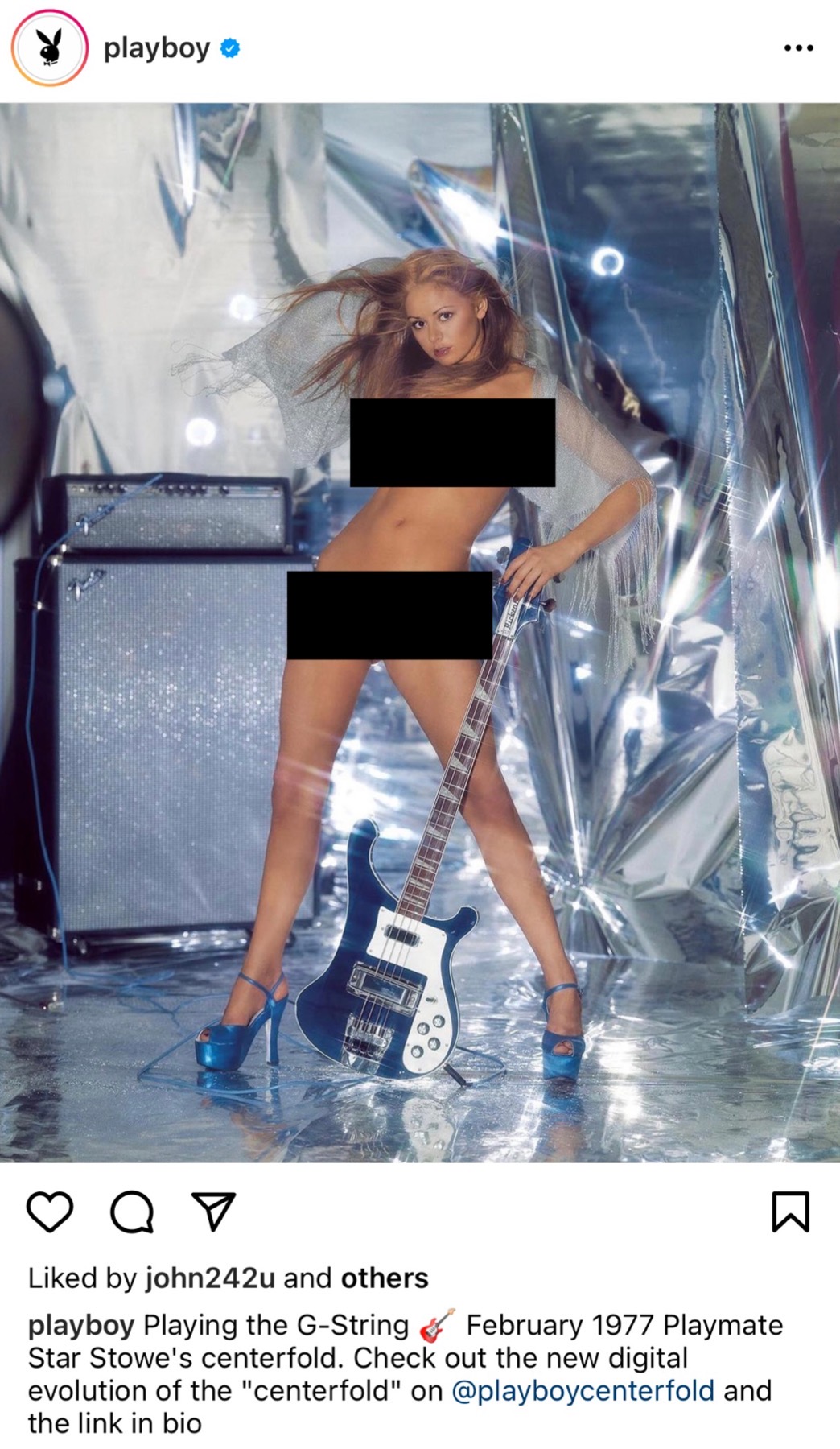 Playboy is in the process of converting original magazine images to NFTs (non-fungible tokens - digital assets which can be bought and sold). Interviews published in the magazine will be dramatised and turned into a podcast series.

3. Playboy still trades off the pornifed bodies of women. It serves as a corporate pimp, taking a 20 per cent cut from content creators on its recently launched OnlyFans-esque platform Centerfold. New medium, same old sexploitation.

4. Playboy still objectifies women. It routinely presents women as sexualised body parts in its marketing and media to sell products and services. This archaic practice dehumanises and degrades women. Research shows it leads the viewer to see women as diminished in competence, humanity and morality.

Add to this list Playboy's history of publishing child sexual abuse material, image based abuse, sexual harassment and violation of women and girls, presenting sexual violence against women and abuse of children as men’s entertainment - it is no wonder Playboy is working overtime to convince potential investors and consumers it has a new identity. 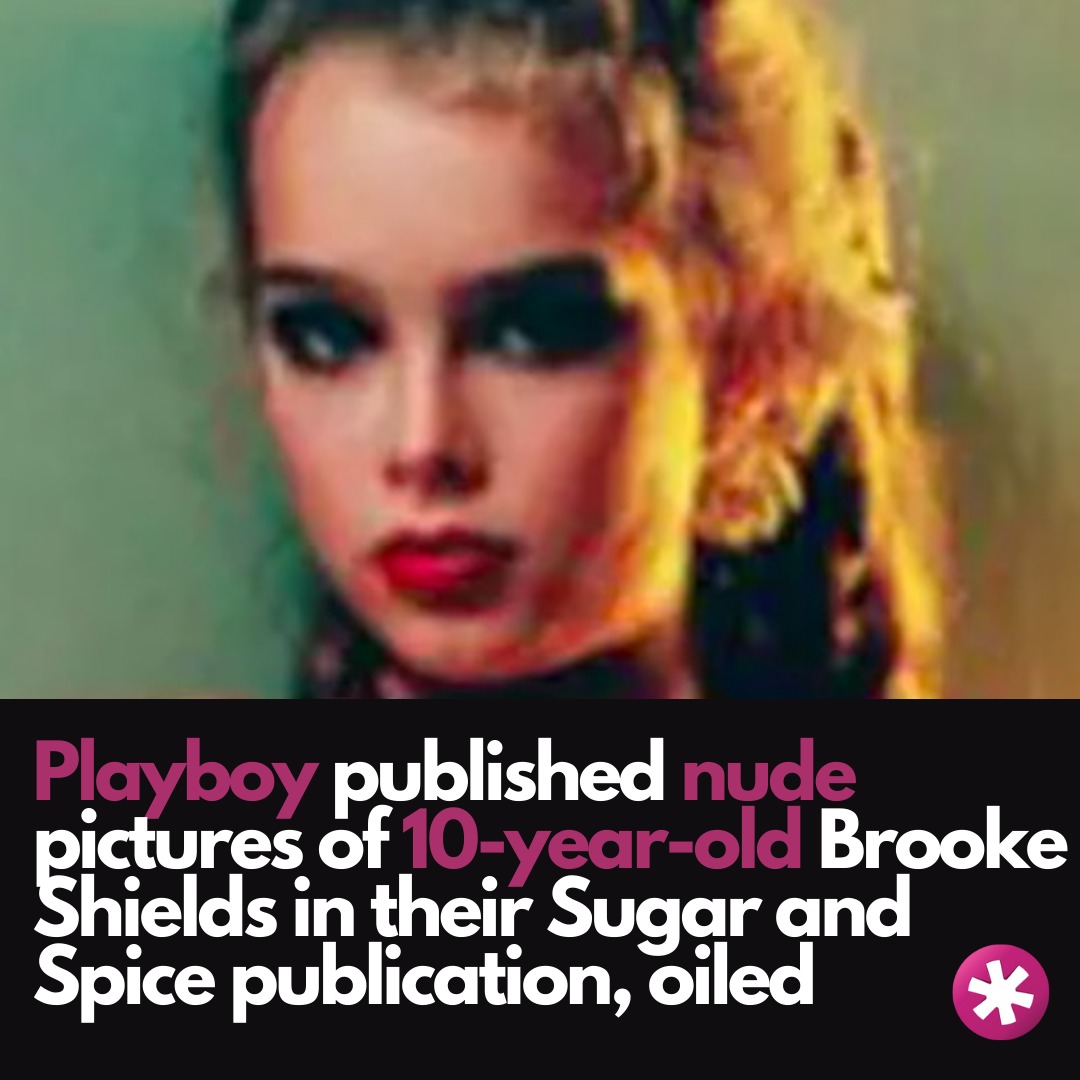 Playboy CEO's PR spin doesn't change facts. Playboy and its bunny-head logo are synonymous with the sexual exploitation of women and children. Its behaviours and activities - past and present - are proof.