Towards a world free of sexploitation on International Women's Day

Towards a world free of sexploitation on International Women's Day

International Women’s Day (IWD) is all about celebrating women’s achievements past, present and future.  The theme for IWD 2015 - "Make it happen" - is a great way to describe the attitude of our activists and supporters working towards a world free of sexploitation.

Together we have made some huge gains in challenging sexploitation. Your financial support keeps us going.

Now is a great time to give to Collective Shout - a funding partner has agreed to match dollar for dollar every supporter donation up to $50,000 before 31 March 2015, which means your donation is effectively doubled.

Thanks for your support! We couldn't do it without you. 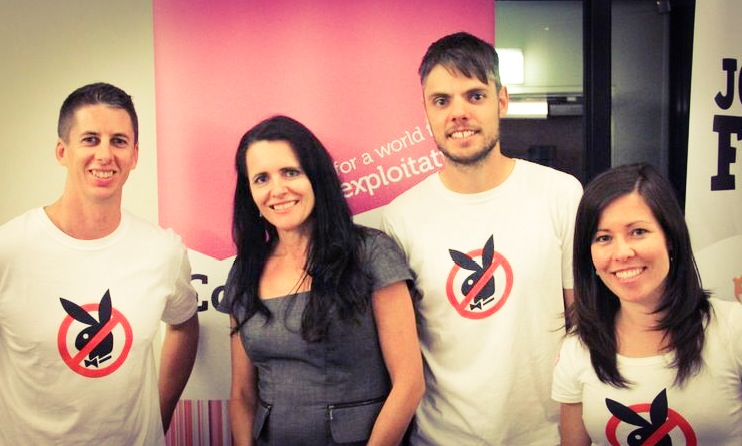 Here's a sample of just some of our wins and highlights

The Lingerie Football League lost their TV deal and the season was cancelled after our petition calling on Channel Seven not to broadcast the games. Many players left and accepted positions with other leagues.

Misogynistic rapper Tyler the Creator was banned from New Zealand with Immigration referencing his inciting violence against our activist Talitha Stone.

We took our message into schools and were heartened when a particular group of Year 12 boys opted to skip their lunch period to stay and learn more.

Collective Shout co-founder Melinda Tankard Reist gave a presentation to Members of Parliament at Parliament House in Perth on the sexualisation of children and urgent need for government action. 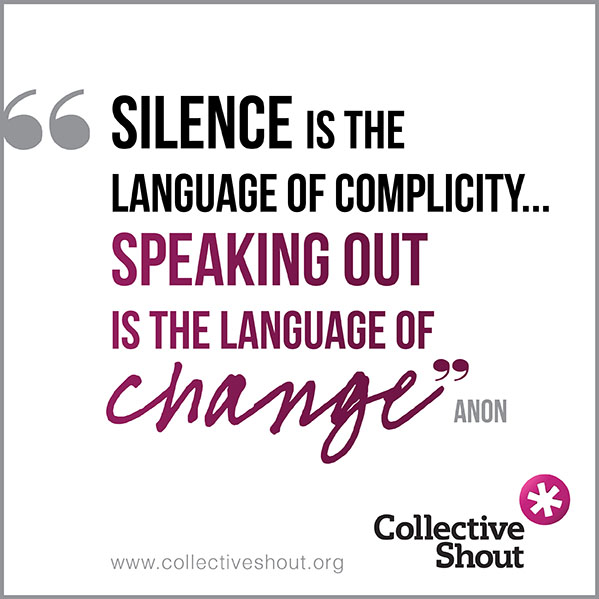