Invitation – Join us on April 9!

You’re invited to come along to this special screening of the documentary film Miss Representation.

The film runs for 90 minutes and will be followed by a panel discussion and presentation with Melinda Tankard Reist.

This is a great opportunity to bring family and friends along who can be inspired to be part of creating positive change in our culture. 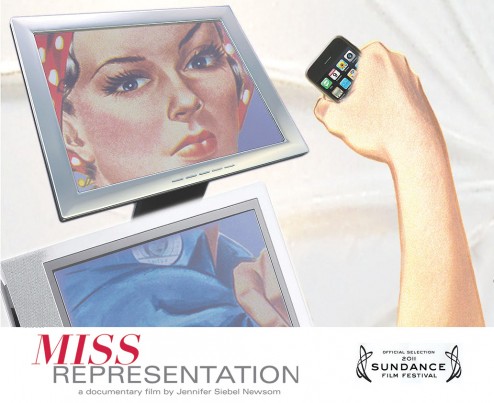 RSVP: Click here to view and join the event on Facebook – registrations help us with event management.

Like drawing back a curtain to let bright light stream in, Miss Representation uncovers a glaring reality we live with every day but fail to see. The film exposes how mainstream media contribute to the under-representation of women in positions of power and influence. The film challenges the media’s limited and often disparaging portrayals of women and girls.

In a society where media is the most persuasive force shaping cultural norms, the collective message that our young women and men overwhelmingly receive is that a woman’s value and power lie in her youth, beauty, and sexuality, and not in her capacity as a leader. While women have made great strides in leadership over the past few decades, the United States is still 90th in the world for women in national legislatures, women hold only 3% of clout positions in mainstream media, and 65% of women and girls have disordered eating behaviors.

We look forward to meeting you on April 9!