A UK gym has been called out for sexist billboard advertisements depicting a woman's backside alongside the slogan "There's better things to be stuck behind than the car in front."

Campaigns Manager Caitlin Roper was quoted in the Huffington Post:

“Companies like UFit Fitness that sexually objectify women to flog products tend to think they are being subversive, edgy, clever. The opposite is true - it’s sexist, lazy and completely lacking in any creativity or original thought,” she told The Huffington Post UK.

“This kind of advertising is openly hostile to women, likely alienating half of their potential market. How is this good for business? Does this gym have so little to offer prospective clients that it’s best marketing strategy is ‘look, women’s backsides’?”

She added that the campaign image “encourages male gym-goes to sexually objectify and potentially harass female patrons”.
“Is this consistent with UFit Fitness’ stance on sexual harassment? Is this kind of behavior tolerated or condoned in the gym? Are female staff members at risk of abusive treatment?” she asked.

“Women using gyms do so for their own purposes - they do not exist for the enjoyment of men. It’s 2016, we shouldn’t have to keep having these same conversations defending women’s humanity.”

Have you signed our Advertising Standards Board petition yet? Click here 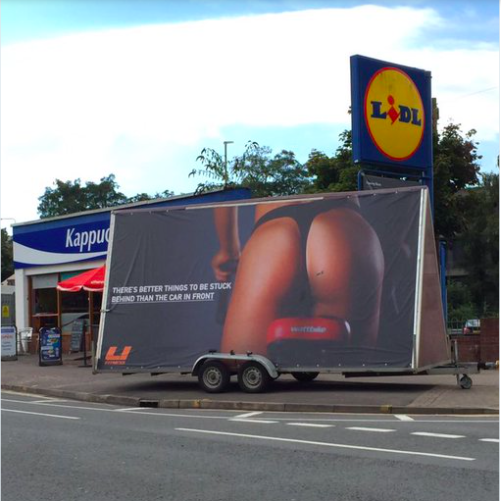