As reported by The Independant

A “pornographic” advert by clothing brand American Apparel, which showed a girl leaning over to show her crotch and underwear to promote its “schoolwear” campaign, has been banned by watchdogs.

One featured an image of a girl wearing a skirt, a top and white underwear, bending over to touch the ground, photographed from behind from a low angle. Her crotch and buttocks were visible. A similar image was posted on the brand’s Instagram page. Read more here. 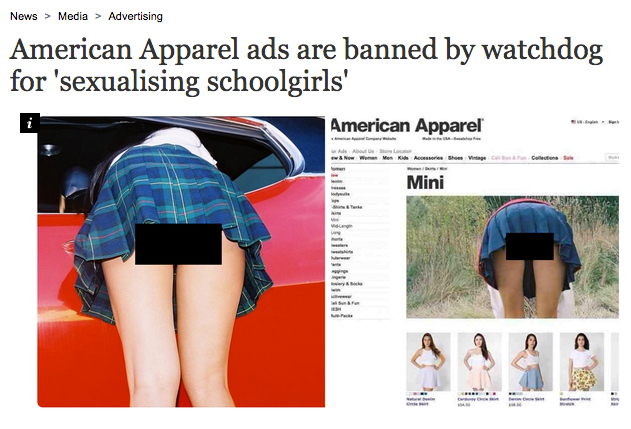