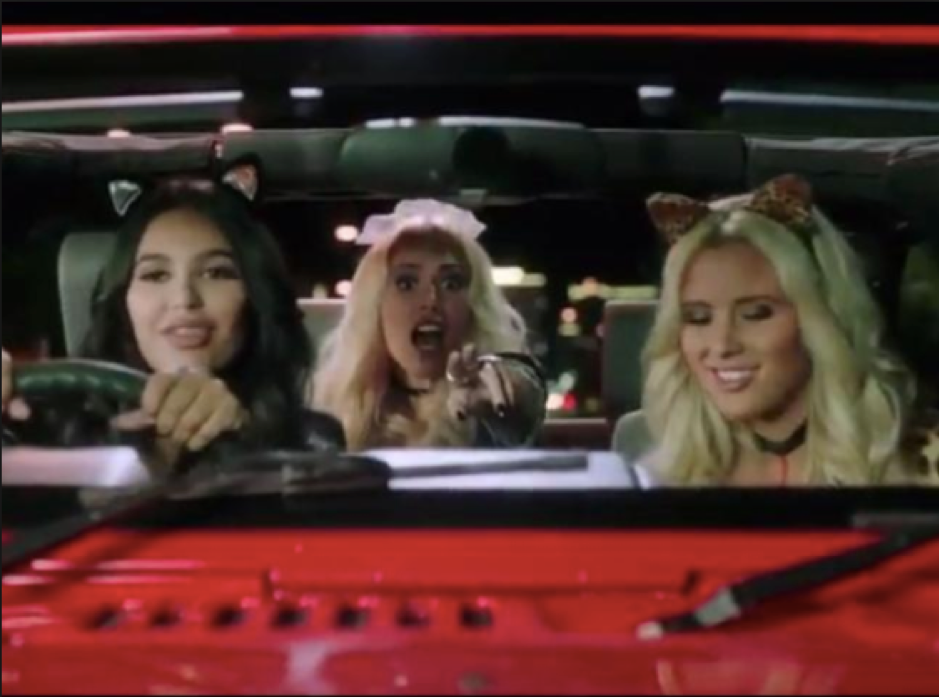 Despite this, Ultra Tune’s marketing manager Rod Cedaro told the Mumbrella Automotive Summit that he didn’t see the problem with the ads and even went so far as to say they were “empowering” to women.

Ultra Tune’s ads are built on the premise that women are irrational and dumb. That they need men to step in and save them from getting hit by a train, driving off a cliff or blowing up their car because they’re just that stupid. But this humiliation of women is ‘empowering’, according to the company profiting from it. 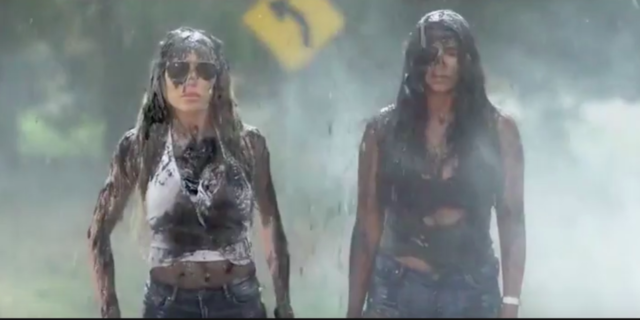 Defending an ad where the Ultra Tune ‘Rubber Girls’ are stuck on the tracks in a car with a train quickly approaching, Cedaro told an audience at Mumbrella’s Automotive Summit, “The empowerment there was they [the women] actually were forward-thinking enough to actually exit the car”.

The women, who are continually portrayed as brainless yet sexy, are ‘empowered’ because when their car is stranded on the train tracks, they get out of the car. That’s it.

Cedaro went on to argue that the women were empowered yet again when van Damme rescued them from a flat tyre:

“The women were empowered by the fact that they are dressed up for a night out. If I was dressed like that I personally wouldn’t want to go and change a tyre myself. Who wants to get grease all over themselves dressed like that if you have been out for the night and you’ve got free road side assistance?” Cedaro said.

The women are empowered “because they are dressed up for a night out”. What does that even mean? That putting clothes on and leaving the house is an act of personal empowerment? If Ultra Tune’s sexist commercials can be said to empower women, the word has lost all meaning.

The reality is that sexual objectification harms women. There is nothing funny or empowering in demeaning women to sell car parts and services. The notion that women are less capable, less intelligent and less worthwhile than men contributes to a culture of gender inequality and undermines attempts to advance the status of women. Ultra Tune think the humiliation of women is amusing- let’s prove to them it’s not.