A CAR servicing giant has defended a controversial new ad starring Mike Tyson even though the star said he thinks it is “a little bit sexist”.

A NEW ad being beamed into homes across the country during the Australian Open has been criticised for being “sexist” and “implying women are completely stupid”.

The 45-second commercial for Ultra Tune is so controversial, even its star boxing legend Mike Tyson has admitted it’s “a little bit sexist”. 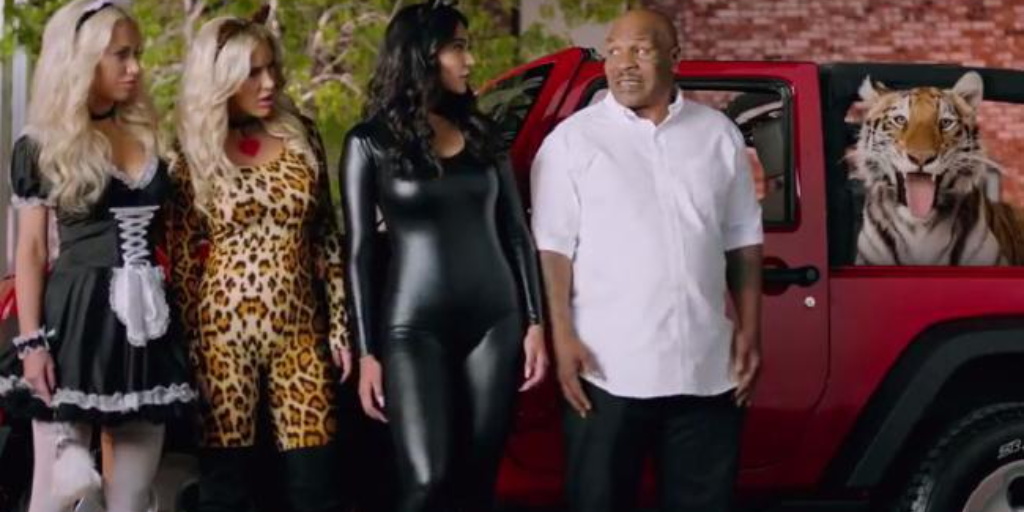 But despite all this, the car service giant’s executive chairman Sean Buckley has defended the skit. In fact, he says, he’s had mostly positive feedback.

“There’s no sexism in the ad,” Mr Buckley told news.com.au.

“We get targeted because we put some attractive girls in a commercial and we’re sexist. Why single us out? Because we’re a male oriented car servicing company doing something a little bit different.”

Since launching the ad on Channel 7 during the Australian Open and promoting via its social media accounts, Ultra Tune has received hundreds of comments from viewers weighing in.

Alongside comments that praise it as “hilarious”, there are several examples of negative feedback.

“Blatantly overt sexism, implying women are completely stupid behind the wheel. Their ads just paint female out to be stupid,” one Facebook user wrote.

“This will not be popular with women,” another suggested.

As well as Ultra Tune’s portrayal of women, questions have been raised about the decision to feature Tyson — a convicted sex offender — in the campaign.

“Hey Ultra Tune. Great ad campaign. Just not entirely sure that, considering the current mood and moment, convicted rapist and serial abuser was not the right guy for the job,” a man commented on the company’s Facebook page.

Asked about whether any more considerations should have been made about the ad considering the current focus on sexism following allegations against Hollywood heavyweight Harvey Weinstein, Mr Buckley said it was “illogical” to link his ad with the movement.

“As to Oprah and the #MeToo movement, I don’t see that ad being disempowering to women. I think it’s a storm in a teacup,” he said.

He said commentary about sexism came only from a “vocal minority”.

Mr Buckley said the ad, and all had been run by the Advertising Standards Bureau and granted prime time viewing spots on free to air television with PG rating Australia-Wide.

The Advertising Standards Bureau confirmed with news.com.au a “small number of complaints” had been received about the Mike Tyson ad.

What do you think of Ultra Tune's new ads? If you'd like to take action JOIN our campaign!