In April Collective Shout ran a piece by Jemma Nicoll (first published on MTR) exposing the harmful online practices of global dancewear label California Kisses (CK). The company's homepage advertisement featured three models aged 12-16 posed alongside the slogan 'Pop That', a popular porn-inspired phrase referring to the 'popping' of her cherry, or the taking of virginity. 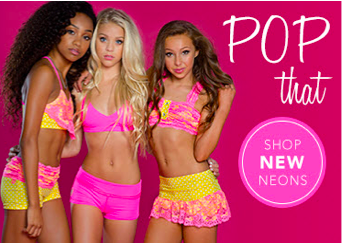 On 29 April, Collective Shout wrote to the four Australian dancewear retailers that stock CK, including Showcase- the licence-holders for on-selling the label in Australia. We invited stockists to respond by removing the label from their stores and letting the company know, until CK decided to demonstrate corporate social responsibility and ethical online practices.

Showcase did not respond. Out of the other retailers contacted - Tu Tu Cute Dance Supplies, Pirouette and Daisy Dancewear -Collective Shout received only one patronizing email reply from Tutu Cute Dance Supplies in Perth, WA which showed complete disregard for the online safety of young girls and ethical practices in children's advertising: 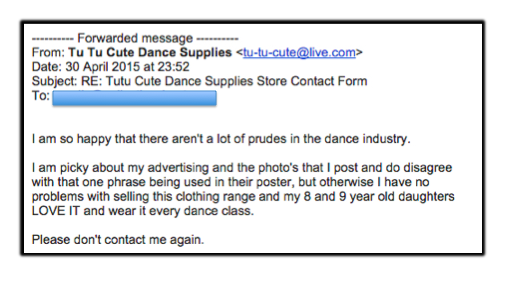 CK did not respond directly to the accusations made in the piece or to the general outrage expressed on social media in response. However we note that the company has since quietly removed the 'Pop That' slogan from their on-line advertising. CK's Instagram account is currently clear of paedophilic comments.