New on our list of corporations that have exploited women are Volley with their recent #Grassroots campaign. Volley have been a popular shoe company for decades, but for some reason they got lazy and decided they were going to try the 'sex sells' method of advertising (which we know doesn't actually lead to more sales as detailed here).

Volley thought they would be 'cool' and 'edgy' so they made a video along with a series of posters with a bunch of young people in sexualised positions, focussing in on their body parts and objectifying them in the hope to sell their shoes. 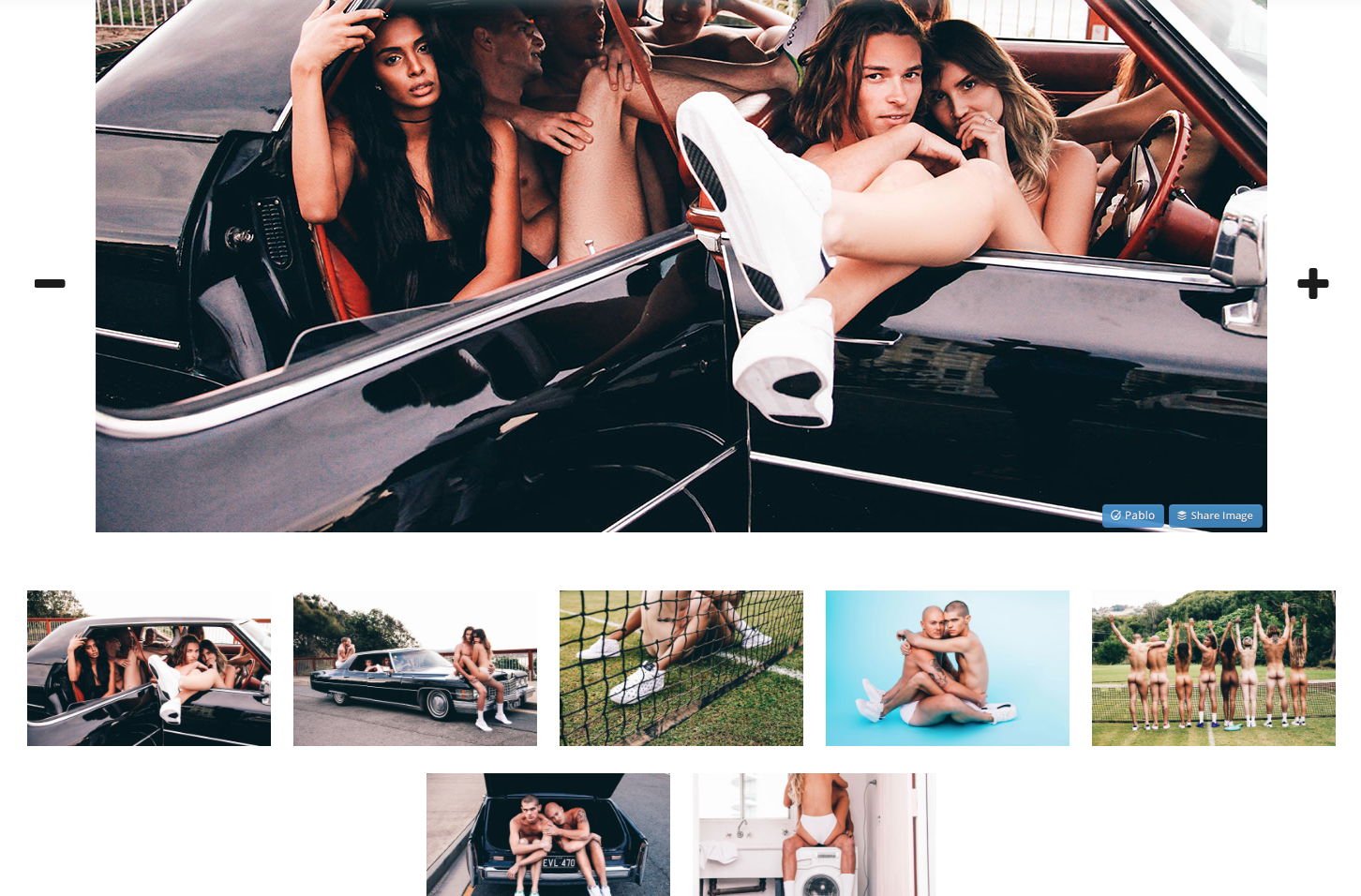 They then sent an email to all their customers with a link to the video which included explicit full frontal nudity (...to sell shoes).

"The Board noted that in some scenes in the advertisement women are shown wearing only underpants and shoes and considered that the level of nudity is explicit. The Board noted the Practice Note to Section 2.4 which provides: “Full frontal nudity…is not permitted” and considered that the scenes showing the full breasts and nipples of female models are a clear breach of this Section of the Code."

"The Board noted that the advertised product is shoes and considered that there is a lot of focus on the bodies of the men and women in the advertisement as well as the products they are wearing. The Board noted in particular the focus on a woman’s breasts when she is on a swing, the close-up of a woman’s bottom when she leans in to a car, and the lingering shots of couples embracing, and considered that this focus increases the impact of the nudity and gives the advertisement a sexualised tone.

In addition to the complaint regarding the video being upheld by the board, complaints regarding the posters in public places across Melbourne were also upheld as being a breach of the advertising code.

Companies really need to start thinking outside the box and put the old 'sex sells' approach to rest.

Whilst it is great that in this instance the Advertising Standards Board have upheld the complaint in most instances consumer complaints are dismissed.