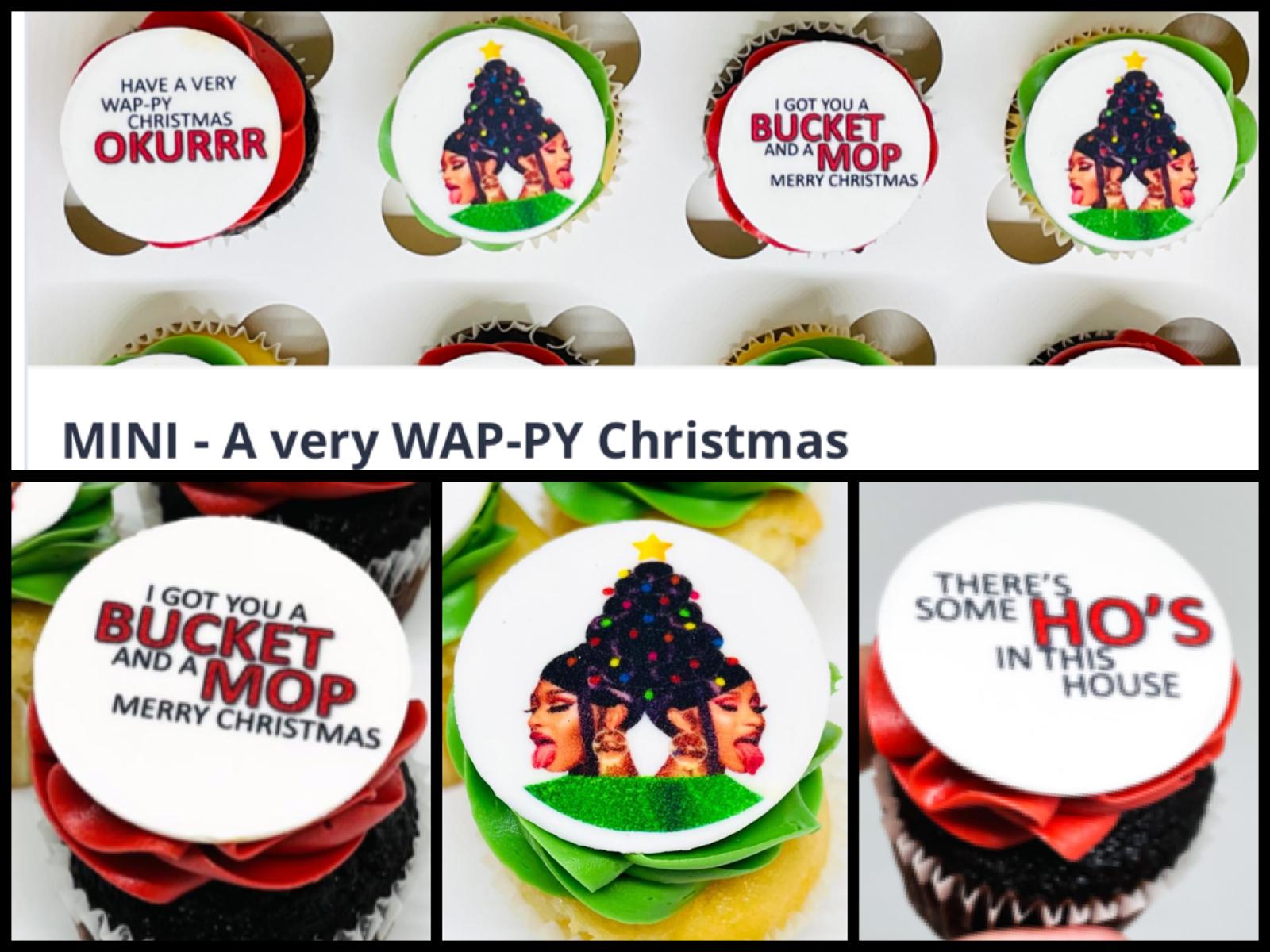 The Cupcake Lady co-opted Cardi B’s women-as-whores tagline, one cupcake style featuring the text ‘There’s some Ho’s in this house’. Another style features the text ‘I got you a bucket and a mop’ - a WAP-inspired message about women's fetishised body parts and availability for men's sexual use.

The bakery used more of WAP's porn-inspired lyrics - 'Gobble me, swallow me' - in a Facebook post promoting the products. 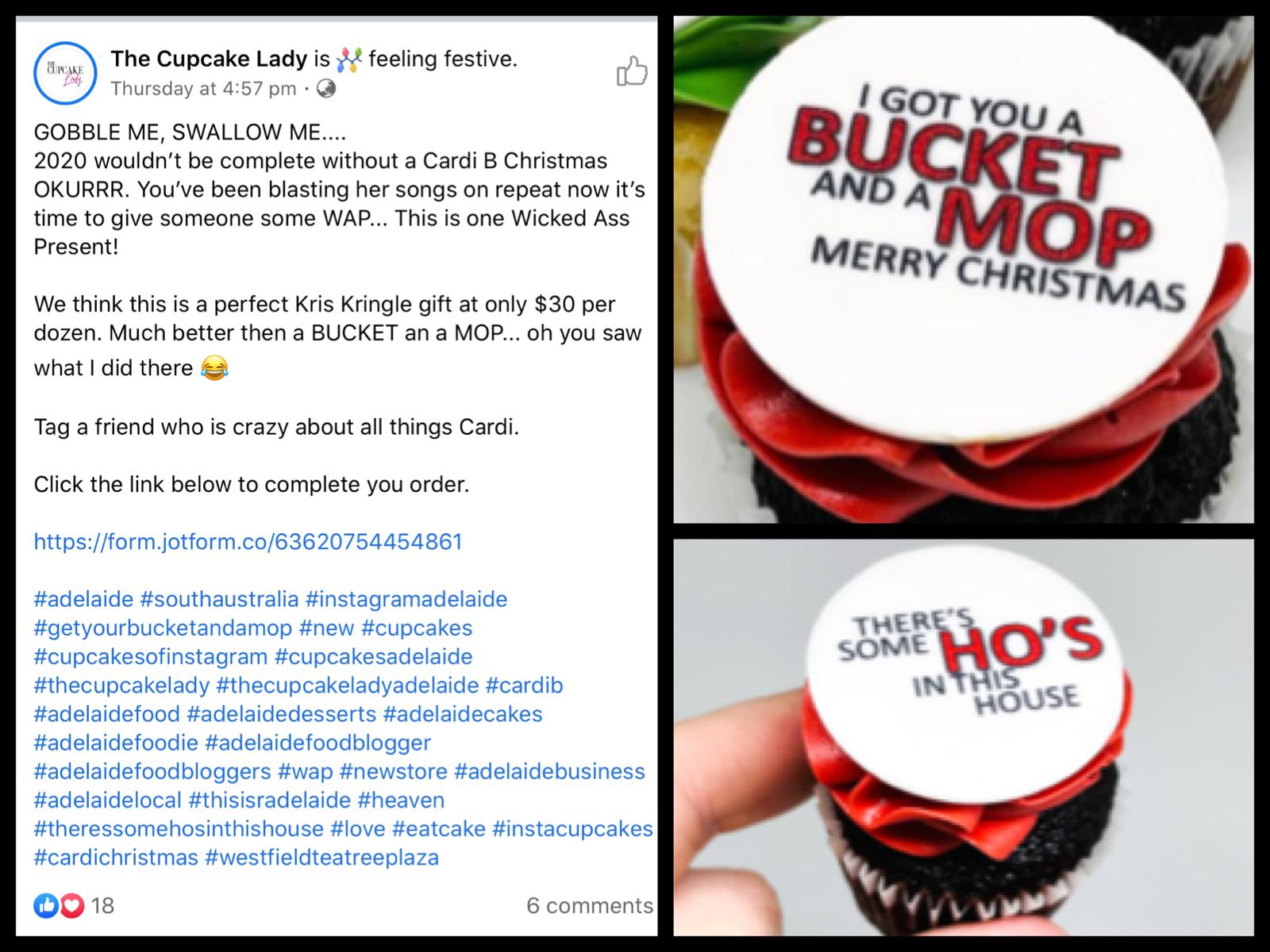 Earlier this year we responded to claims that WAP was ‘empowering’ for women and highlighted links between objectification in popular culture, advertising, music and fashion and men’s violence against women:

Men’s violence against women exists on a continuum. In order to address this violence, we need to go to the roots and address the sexist attitudes and routine objectification of women- attitudes which are shaped in part by media and popular culture. 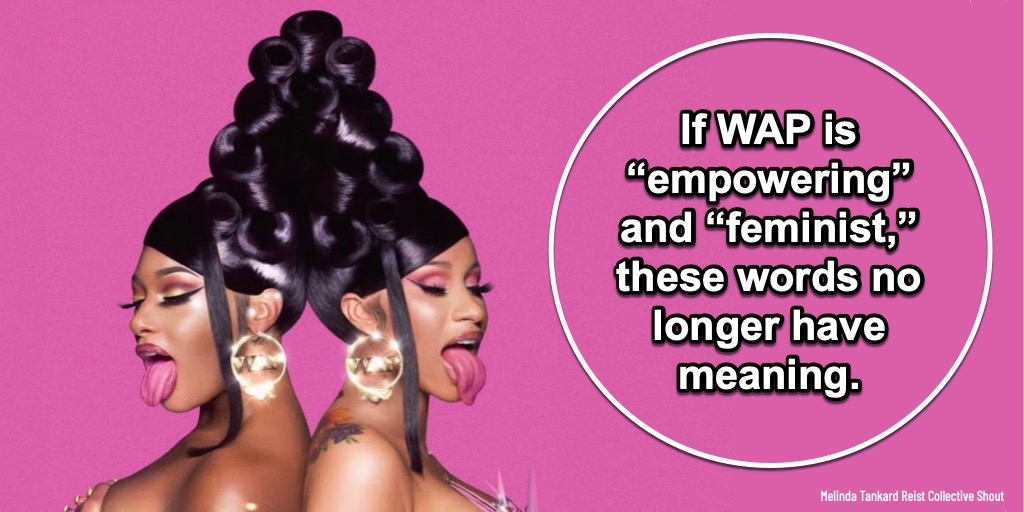 By co-opting WAP’s harmful messages about women for its cupcakes, The Cupcake Lady has trivialised the objectification of women and instead helped reinforce the idea that women are second class sex objects - ideas which help fuel violence against women.