Earlier this month, ABC’s Lateline dedicated a segment to exploring Sweden’s solution to prostitution and trafficking. The ‘Nordic model’ criminalises the demand for commercial sexual exploitation, decriminalizes those exploited, and provides exit programs for individuals in prostitution who want to leave the industry. 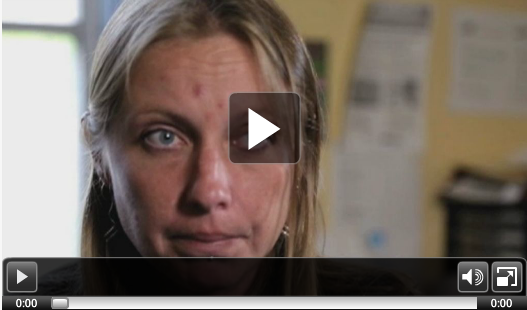 Various human rights campaigners and organisations along with prostitution survivors advocate for the implementation of the Nordic model, with former US president Jimmy Carter calling it ‘the only workable solution’. Nordic legislation has been implemented in a growing number of countries around the world, and the European Parliament overwhelmingly voted in favour of it.

As The Invisible Men Project suggests, “Let’s talk about his choices.”

Who are the men who buy sex?

Over half are married or in a de-facto relationship

The sex industry attempts to obscure the realities of prostitution, including its gendered nature. It is primarily men buying mainly women and children. According to Detective Inspector Simon Haggstrom of the Stockholm Police Prostitution Unit, in the 15 years since buying sex has been criminalized, they have not found a single woman paying for sex. While the media narrative tends to depict lonely or even disabled men who are just looking for some companionship or someone to talk to, a major international study found that over half were married or in a de-facto relationship.

One exited woman shed some light on why men in committed intimate relationships buy women. She said, "I spent 15 years servicing men and allowing them to use me any way they saw fit. I've had clients confess that the things they paid me to do were things they would never ask their wives, whom they respected, or their "child's mother" to do.

Many are well aware women are exploited

The study describes how men who pay to sexually exploit women are aware of the harms to women they exploit:

“The sex buyers had an extensive awareness of the intimate relationship between coercion, prostitution and trafficking."

"Many (41%) of the sex buyers used women who they knew were controlled by pimps at the time they used her."

"Both sex buyers and non-sex buyers evidenced extensive knowledge of the physical and psychological harms of prostitution."

"Two thirds of both the sex buyers and the non-sex buyers observed that a majority of women are lured, tricked, or trafficked into prostitution."

"Many of them had an awareness of the economic coercion and lack of alternatives in women’s entry into prostitution."

But this awareness didn’t stop them:

“The knowledge that women have been exploited, coerced, pimped or trafficked failed to deter sex buyers from buying sex.”

They know what would deter them

The men surveyed agreed that the most effective deterrents to buying sex would be being placed on a sex offender registry, public exposure, significant fines and jail time.

Since Sweden's legislation criminalising the buying of sex, considerable progress has been made. According to research from the Nordic Gender Institute, the number of men buying sex has decreased from 13.6% in 1996 to 7.9% in 2008. Street prostitution in Sweden has halved while in neighbouring countries such as Norway and Denmark it is estimated to be three times higher. Police have intercepted phone correspondence between pimps and traffickers who now regard Sweden as an unattractive market and suggest Denmark, Germany or Holland (where prostitution is legal) as alternatives. Reportedly, there has been a cultural shift in Sweden where it is no longer considered acceptable to purchase another person.

How men who buy sex regard women, in their own words

The Guardian: Why men use prostitutes

The Ban against the Purchase of Sexual Services: An evaluation 1999-2008

10 myths about prostitution, trafficking and the Nordic model