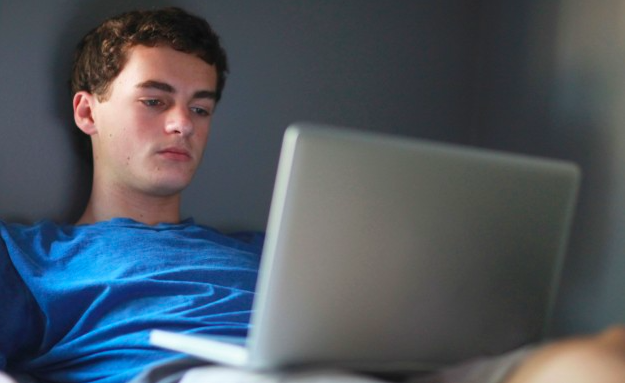 It is worth noting also that many common sexual acts in pornography are violent in nature, acts that women report as painful or degrading and that they do not enjoy- and further, acts that men do not expect them to enjoy. Surely this must lead us to question why it is that cruelty, humiliation and sexualised aggression by men against women is a fantasy? Why is this dehumanising treatment of women sexually exciting for male consumers?

As Robert Jensen wrote,"Men get something very concrete from pornography: they get orgasms...But it comes at a cost, and the cost is our own humanity."

One need look no further than the pornography industry’s own statistics at Adult Video News to see the best-selling pornographic films including sexualised violence against women, misogyny, incest, racism and pseudo-child pornography titles like the following:(Warning, graphic)

Deep Ass f*cking with young girls, Gape Me 2, I wanna buttf*ck your daughter 16, She wasn't ready, My new black stepdaddy 21

Some women participate in activities and industries that are sexist or harmful to women as a whole. That some women participate does not change the reality that sexualised violence against women in pornography impacts the status of women in general, both in its production and consumption by men.

Many more women, however, speak about the damaging impacts of pornography, from the negative impacts on their intimate relationships and marriages and pressure to appear and act in accordance with a certain pornified aesthetic. Indeed, pornography has been named as a factor in the rise of practices such as brazilian waxing and cosmetic surgery, including labiaplasties, as women and girls compare their vulvas to those of women in pornography. Doctors report treating girls as young as twelve with sex related injuries, inspired by porn, and women and girls report pressure to submit to unwanted and degrading sex acts that pornography has normalised.

Read the experiences of young women reporting coercion and pressure to submit to porn-inspired sex acts by male partners.

"You are policing/shaming/dictating what consenting adults can do"

It is worth addressing the notion of 'consenting adults', keeping in mind that many of the staple sex acts in mainstream pornography are violent, degrading and acts that most women do not find pleasurable.

"We at Pure Filth know exactly what you want, and we're giving it to you. Chicks being ass-fucked till their sphincters are pink, puffy and totally blown out. Adult diapers just might be in store for these whores when their work is done." (Promotional copy for "Anally Ripped Whores")

While parents certainly need to take an active role, having age appropriate conversations with their children and learning about online safety, it has become near impossible for parents to prevent their children being exposed to pornographic imagery and messages due to advances in technology and the increasingly pornified public space.

Anti-porn campaigners recognise that pornography is the commodification of human sexuality. It is produced by an industry concerned not with liberation or authentic sexuality, but maximising profits. As Professor of Sociology and author Gail Dines argued, "Pornography is to sex what McDonalds is to food. A plasticised, generic version of the real thing." Campaigners against pornography acknowledge the industry harms women, children and men, that is has negative impacts on sexuality, sexual performance, relationships and mental health, and that it hinders healthy sexual relationships, intimacy and human connection. As Dr Dines said, "You can't be pro-porn and pro-sex. You have to pick one."

Statements made by pornographers make it clear that female pleasure is not their goal, rather, female punishment. Read what pornographers really think of women here.

As sex trade survivor Rachel Moran said, “The concept of choice is rooted in the privilege of a genuine alternative. When I think of my choices, they were simply these: have men on and inside you, or continue to suffer homelessness and hunger. Take your pick. Make your ‘choice’.”

Some women enter the industry willingly. In Getting Off: Pornography and the End of Masculinity, anti-porn activist Robert Jensen argued, “Their choice is free, in the sense that no one is threatening them with direct harm if they choose differently, but it is not made under conditions of complete freedom, given their limited power in the system.”

Many industry survivors, however, argue that rather than being a choice, it was a lack of choices that lead to their entering the sex industry, with economic hardship being a significant underlying factor for many of them. Other women described histories of childhood sexual abuse, and how such abuse groomed and prepared them for the sex trade- having taught them their bodies were not their own, but for men to use and enjoy- and to dissociate during the abuse, which was a useful skill in enduring ongoing paid abuse by sex buyers.


'...Models became afraid that voicing concerns meant risking their jobs. "You're in a position where if you don't follow along, you're going to lose shoots," [Alexander] explains.

'Bottoms agrees that the fear of losing work is legitimate. "Blacklisting happens," she says. "It can be unsafe to be a whistleblower."

'Aaliyah Avatari, who formerly performed under the name Nikki Blue and famously lost her virginity during a live Kink broadcast in January 2011, says she was blacklisted after the controversial performance. "They're very picky and choosy," she claims. "If a model whines too much, they won't work with her anymore.

"It took me months to heal after I lost my virginity," she claims. "I had to have vaginal reconstructive surgery. There was no compensation for that. Honestly, I was lucky I had insurance at the time."'

Proponents of the sex industry often claim that women choose to work in pornography and prostitution, that rather than exploitation, this is an issue of women's bodily autonomy. Not surprisingly, they are reluctant to discuss the choices of men who create a demand for the abuse of women in the industry.

"If pornography made us healthy, we'd be healthy by now." - Dr Mary Anne Layden.

"The problem is kids accessing material that is intended for adults"

This cartoon by Jacky Fleming makes a valid point...

Bridges’ 2010 study found that when aggressed against, 95 per cent of targets responded either with expressions of pleasure or neutrally. This doesn’t mean that acts of violence such as choking or slapping are pleasurable, but it does reinforce what women in the sex industry know- that their jobs rely on giving the impression they enjoy acts of aggression enacted against them.

"If there are consumers out there really concerned about the conditions of performers, I'd suggest not using pornography."

Growing Up in Pornland: Girls Have Had It with Porn-Conditioned Boys- Melinda Tankard Reist