*Update: Westfield and Vicinity Centres have directed Honey Birdette to pull down its highly sexualised signage

Despite Advertising Standards Board rulings that their highly sexualised ads are in breach of codes and standards, Honey Birdette refuses to comply with rulings, even going so far as to post on their Facebook page, "Nobody tells Honey B's when to take down her signage!"

So it comes as no great surprise that the serial sexploitation offenders have rolled out this as their new ad campaign in shopping centres around the country: 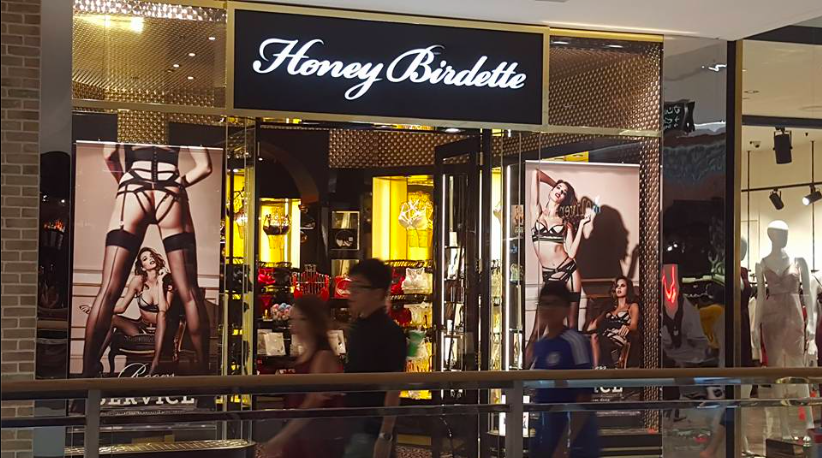 Honey Birdette have once again completely disregarded the rights of children to inhabit public space free from pornographic imagery, and the rights of women to be regarded as anything more than sexual playthings for men’s enjoyment.

Despite an increased community awareness of the scourge of men’s violence against women and the relationship between the objectification of women and violence against them, companies like Honey Birdette continue to put profits before the respect, dignity and wellbeing of women. 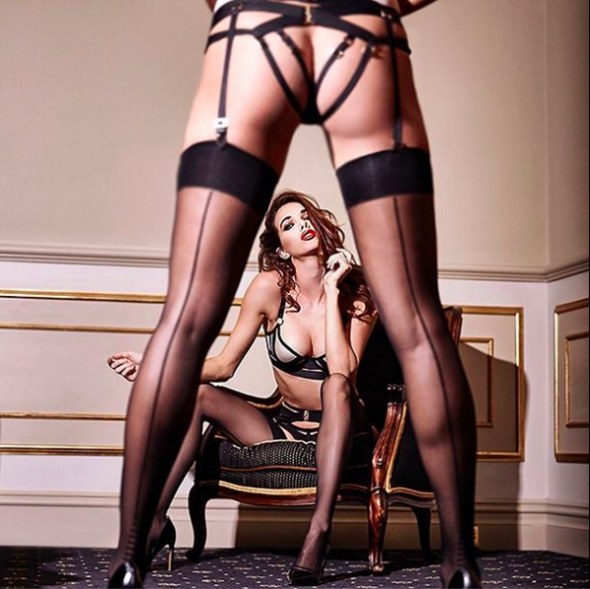 As Jean Kilbourne said in Killing Us Softly 4, “Objectifying women creates a climate where there is widespread violence against women. Turning a human being into a ‘thing’ is almost always the first step toward justifying violence against that person.”

While anti-violence organisations are counting dead women killed by domestic violence each week, Honey Birdette are counting their money. Enough is enough.

Make a complaint to the Advertising Standards Board 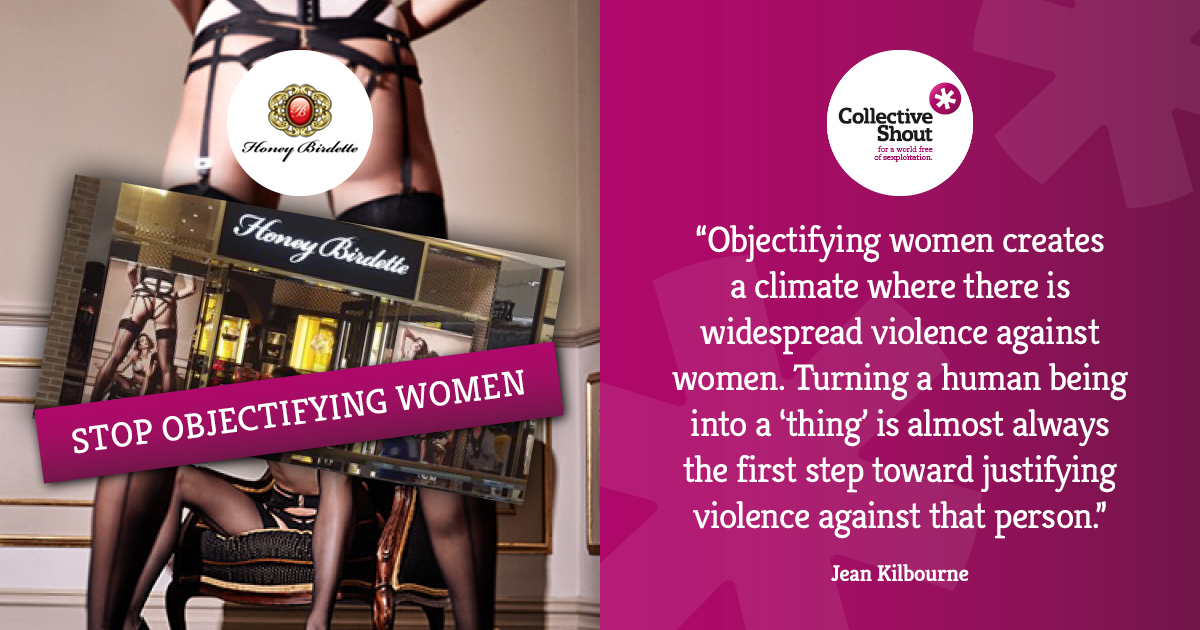