Who said it: Rapist or Lads Mag?

Psychologists from Middlesex University and the University of Surrey found that when presented with descriptions of women taken from Lads Mags, and comments about women made by convicted rapists, most people who took part in the study could not distinguish the source of the quotes. Read more

We compiled our own list of quotes taken from Lads Mags such as Zoo, Maxim, FHM and Picture as well as interviews with convicted rapists. Can you tell the difference? 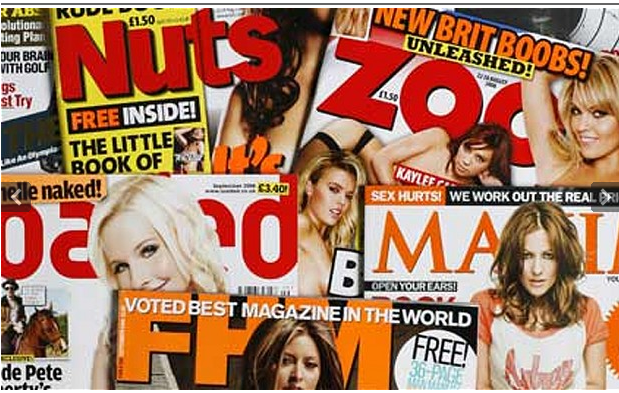 "Persuading her to fellate you can be a bit of a challenge."

"It's good to [anally penetrate] women because when you have sexual intercourse with them in the vagina, they may not feel it."

"You have to keep reminding them that c*ck is king."

"Married women are frequently an easier prospect than unmarried ones."

"If they conduct themselves as a lady, they don't have to worry."

"You want to pick the loosest, skankiest one of the lot, fetch her a drink and separate her from the flock."

"Girls purposely put up a bit of a fight before sex to not seem easy, even if they want sex ...they enjoy the back and forth of having the guy 'try'."

"If she is drinking, that's already a point in your favour."

"I eased my way into the ranga and banged her senseless. After a few minutes me and my mate swapped and his girl was a real good f--- too. I... finished up all over her [breasts]."

"Cut your ex's face, then nobody will want her."

"You think [she is] so dewy-eyed she's never sucked d*ck before? She knows how it works."

"All women that get turned on enough will try anything."

View how others went

You can see the original research interview questions from Middlesex University here.