Why are we supporting the Honey Birdette campaign?

Why are we supporting the Honey Birdette campaign? 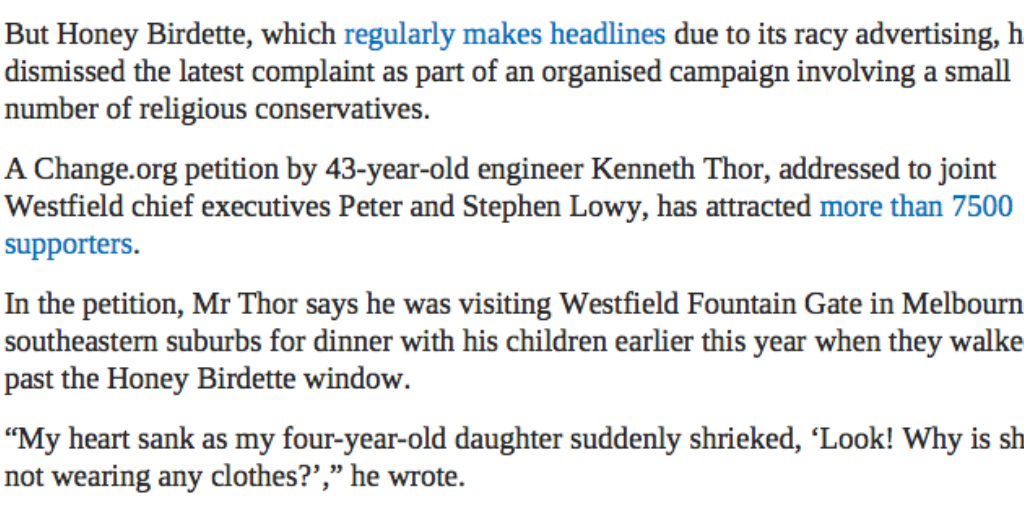 Collective Shout is a diverse group of 75,000 (and growing) supporters who come from all walks of life, but who agree on one goal - a world free of sexploitation. The petition is led by Melbourne father and engineer, Kenneth Thor. Kenneth reached out to Collective Shout because he needed support from a broader base, after Honey Birdette continued to use sexually objectifying signage despite the ads being in violation of the ASB code of ethics.

Angela Burrows is a domestic violence social worker and the campaign manager for the Honey Birdette issue. Angela had this to say: 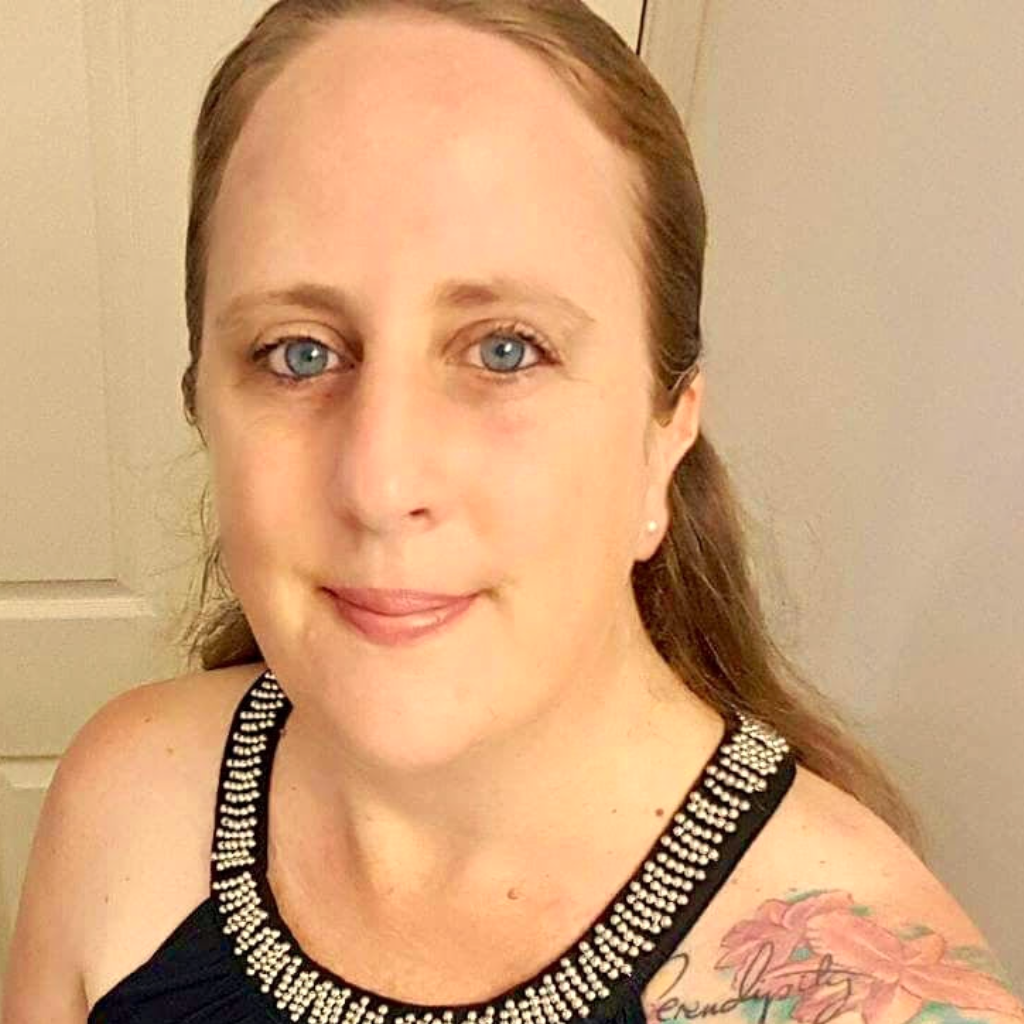 Research conducted by Australian domestic and family violence advocacy group Our Watch, clearly states that objectification contributes to a society which minimises violence against women. This is not just a campaign from 'middle-aged conservatives'. This is a campaign led by women and men who want a society that does not accept stereotypical or sexist attitudes and violence against women. Violence starts by making someone an object!

Laura Mcnally is a registered psychologist and current operations manager of Collective Shout. She had this to say: 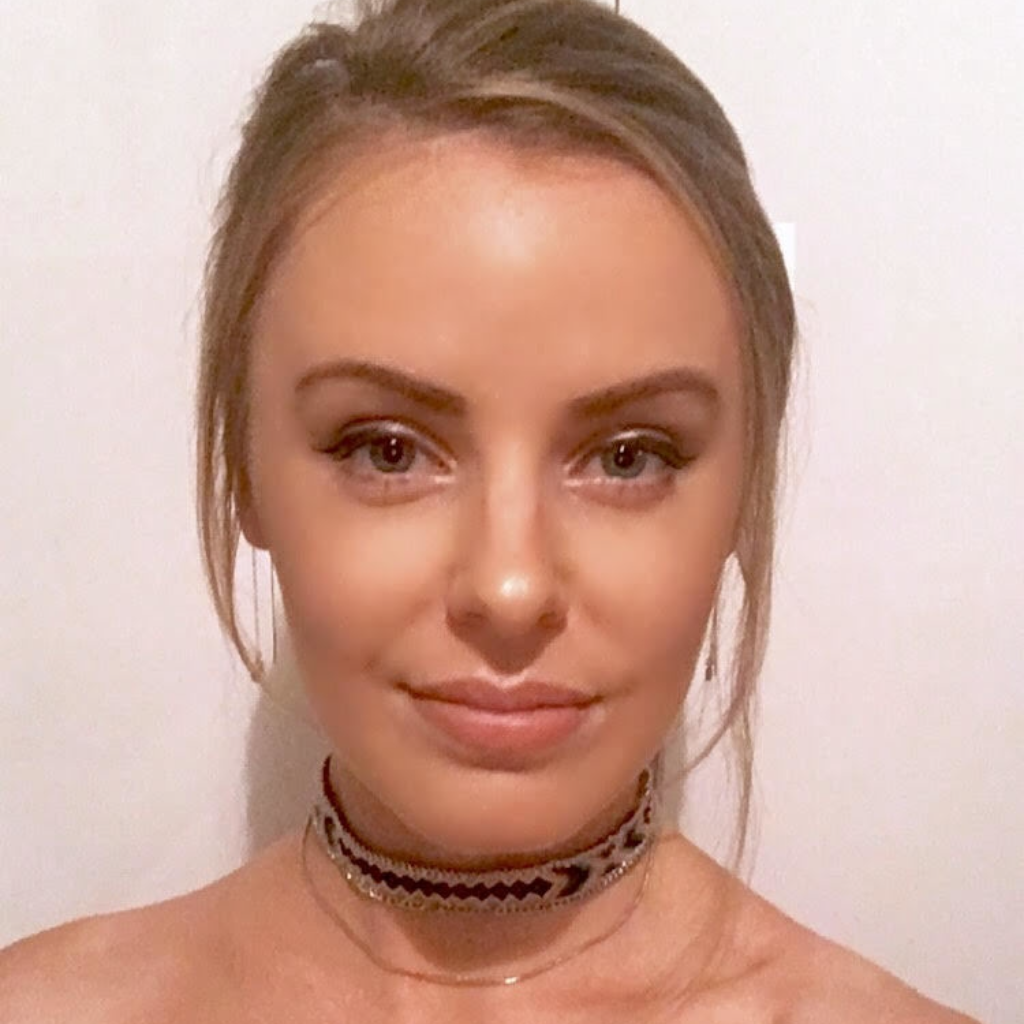 Our latest campaign on Honey Birdette advertising has nothing to do with conservativism or shaming women, and everything to do with evidence-based practice. Evidence shows that sexually objectifying portrayals of women are associated with a range of harms including tolerance of violence against women. The placement of this signage in family-friendly shopping areas signifies a cultural context that accepts the second-class status of women as objects.
This is not to tell women what they should or shouldn't wear, this is about addressing cultural drivers that lead to gender inequality.

From the research on objectification of women in media: “A meta-analysis of 135 studies provided consistent evidence that everyday exposure to sexually objectifying content is directly associated with higher levels of body dissatisfaction, greater self-objectification, greater support of sexist beliefs, and greater tolerance of sexual violence toward women. Moreover, experimental exposure to this content leads both women and men to have a diminished view of women’s competence, morality, and humanity.” - Professor M. Ward.

Sign Kenneth's petition today and stand up for a world free of sexploitation!