Why you should boycott the Fifty Shades Darker movie

A man becomes fixated on a young female university student. He immediately becomes possessive, sulking when she so much as talks to other men, and attempts to isolate her from her friends. He shows up unannounced at her place of work. He traces her mobile phone to find her on a night out drinking with friends. He knows where she lives. He is controlling and emotionally manipulative. He proceeds to have sex with her, despite her refusal and continued protestation. (There's a word for that.) The young woman reports feeling "abused".

On the face of it, this scenario does not appear to be incredibly romantic, although it is one that unfortunately resonates with too many women.

But it's the premise of the widely popular Fifty Shades of Grey book and film trilogy, the story of Anastacia Steele and Christian Grey.

The second instalment in the series, Fifty Shades Darker, is out this week, just in time for Valentines Day – because nothing says romance like intimate partner violence and stalking. 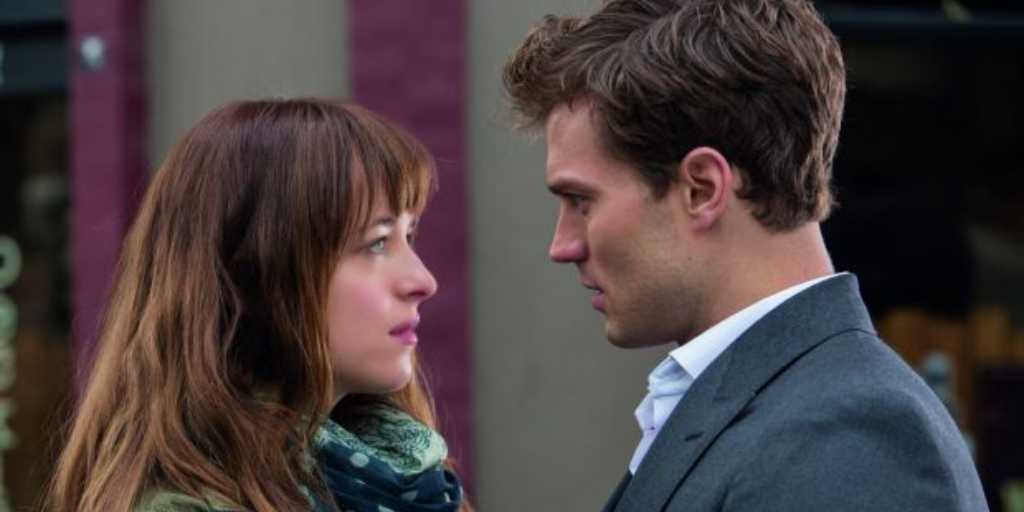 Putting aside the fact that if Christian Grey wasn't wealthy and handsome, this scenario could just as likely be an episode of CSI, women are supposed to view Fifty Shades as sexy and empowering, a bit of naughty fun – despite female lead Dakota Johnson describing the sex scenes as "uncomfortable" and "emotionally taxing".

The popularity of Fifty Shades of Grey is a testament to how far we have yet to come in working to end men's violence against women.

An analysis of the first book found that sexual violence and emotional abuse were pervasive, with Anastacia suffering harm as a result.

Collective Shout has the privilege of working with young people in schools around the country, teaching media literacy and examining the depiction of women in media and popular culture. We have seen firsthand how the popularity of Fifty Shades of Grey has left teenage girls confused about sex and relationships, wondering if male violence can be a sign of affection, or if stalking means he really loves you?

Of course, it's not just Fifty Shades that is to blame. Popular culture is littered with messages and imagery that normalise violence against women, like Robin Thicke's Blurred Lines ("I know you want it"), advertising from brands such as Calvin Klein simulating gang rape or upskirting, and rape and murder of women in prostitution in theGrand Theft Auto video game series.

When women are continually depicted as passive victims or objects of sexual recreation in media, advertising and popular culture, it impacts the way we perceive them, our attitudes and beliefs, and serves to both normalise violence and inequality and downplay the harms.

In response, dozens of groups have joined together to call for the public to boycott the film and to donate the money they would have spent on tickets to a women's refuge or domestic violence service.

These services are where women like Anastacia end up. They do such important work and are often underfunded and in need of financial assistance.

Men's violence against women is at epidemic levels in Australia, with at least one woman murdered each week. It's not enough to merely condemn such violence: we must address it at its roots, recognise and challenge the cultural drivers of this violence.

Caitlin Roper is campaigns manager for Collective Shout: for a world free of sexploitation.