The following details may be distressing for some readers.

Recently one of our supporters alerted us to a book they had come across on Bookworld’s website, entitled ‘Tina sits on Daddy’s face’. 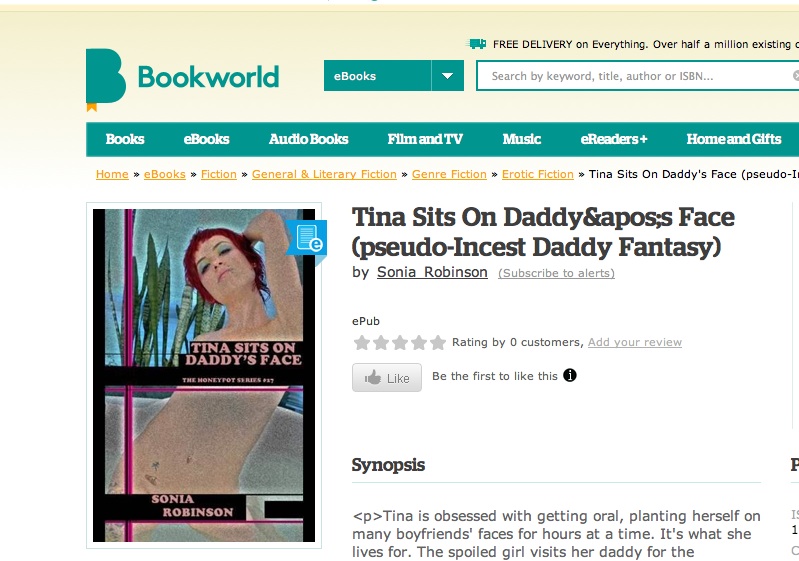 Bookworld is the rebranded online version of what used to be Borders bookstores. After searching the website more thoroughly, we found hundreds of titles under the heading ‘incest’, including:

Below is our complaint to the Classifications Branch of the Attorney-General’s department about Bookworld’s trading in and profiting from incest titles. Be warned, the content is distressing. The good news is that Bookworld has now withdrawn these titles from sale.

Caitlin Roper, our State Coordinator for Western Australia, wrote to the Classifications Branch of the Attorney-General’s department to inquire as to why novels promoting intra-familial child sexual abuse, a serious crime, were allowed to be sold:

These ‘incest fantasy’ titles typically involve an older male family member, typically a father, engaging in sexual acts with a daughter, characterized as young, innocent virgins. Incest is a serious and criminal act of abuse against children. An estimated one in four children is a victim of Child Sexual Abuse, with a significant number being abused by a family member, often a father or brother.

The Classifications Branch responded yesterday, advising that Bookworld would remove the titles (click image to enlarge): 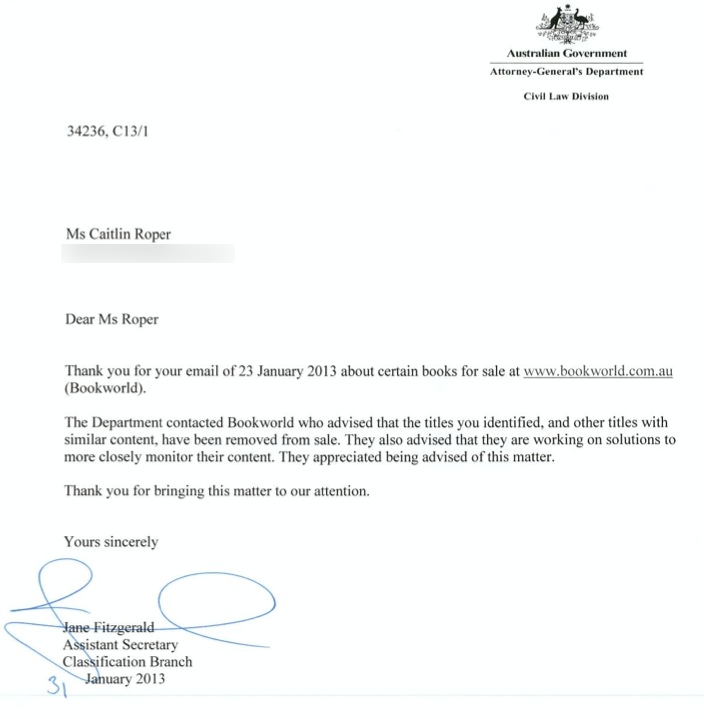 We are relieved to hear that Bookworld has removed these titles. However we do have to wonder how it came to be sold in the first place. Bookworld 'appreciated being advised' -  they didn't know they were selling pseudo incest child pornography?