We are pleased to announce that Perth venue, Durty Nelly’s Irish Pub has removed this sexist signage after supporters of Collective Shout spoke out. 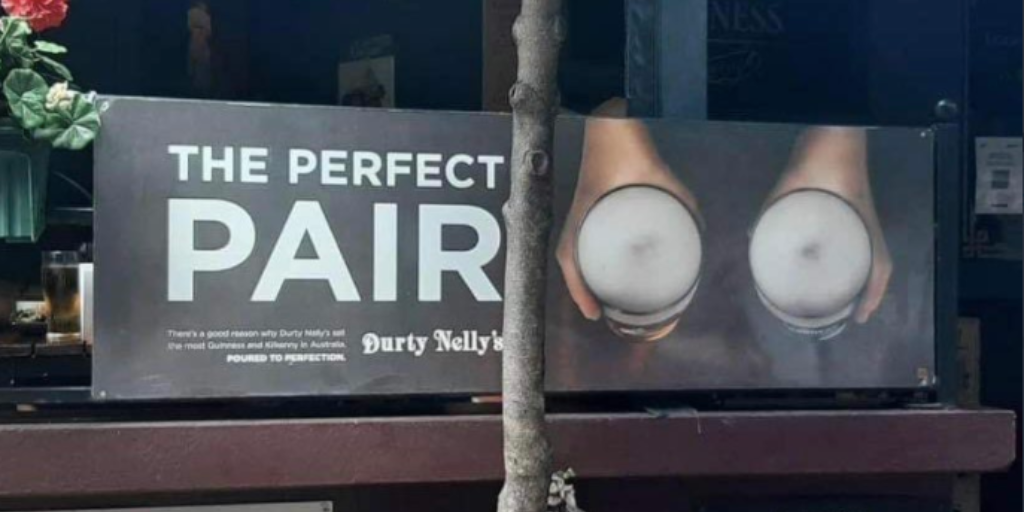 The sign featured two glasses positioned to be suggestive of a woman’s breasts, alongside the objectifying double entendre “the perfect pair”. Reducing women to their body parts, using objects as stand ins for women’s bodies and using women’s breasts to sell an unrelated product are all classic examples of sexual objectification.

When we first approached Durty Nelly’s regarding the sexist advertising, they claimed it was an old ad campaign and that they “no longer actively use” the sign – despite it being displayed prominently out the front of their venue.

We also tracked down the ad agency that came up with the concept- here’s what they had to say:

The harms of sexually objectifying women have been well documented in the research literature. With twenty years of empirical research, 135 studies found across 109 publications, there is no shortage of research into the negative effects of sexual objectification. Consistent evidence found that:

regular, everyday exposure to [sexually objectifying portrayals of women] are directly associated with a range of consequences, including higher levels of body dissatisfaction, greater self-objectification, greater support of sexist beliefs and of adversarial sexual beliefs, and greater tolerance of sexual violence toward women. Moreover, experimental exposure to this content leads both women and men to have a diminished view of women's competence, morality, and humanity. 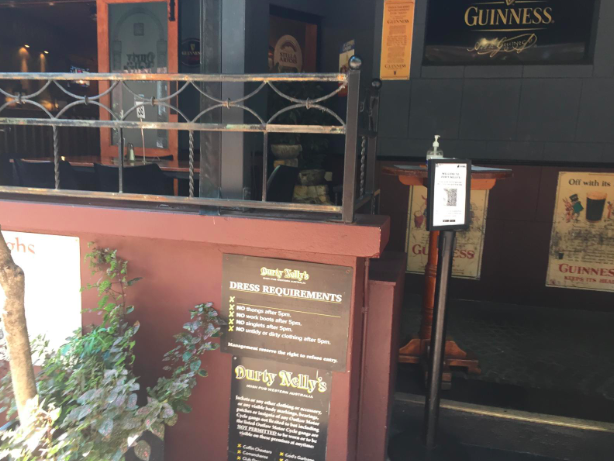 Thank you to all of those who spoke up – we couldn’t do this work without you. 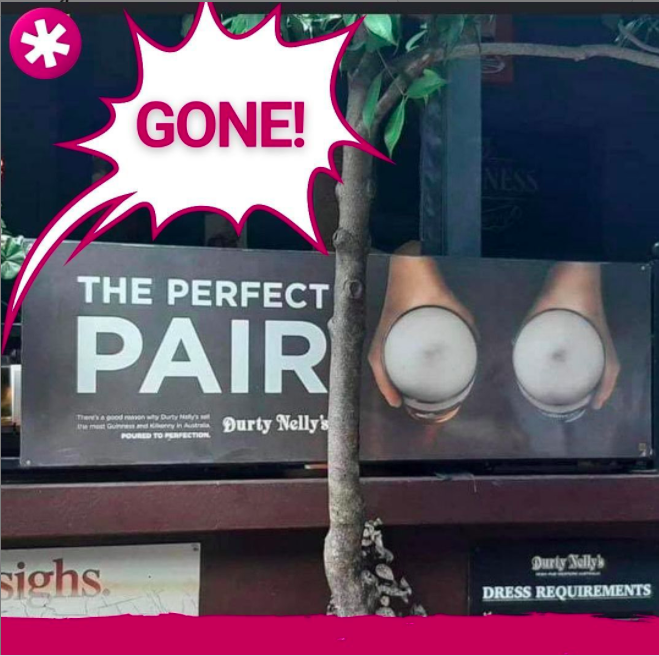