In response to our petition Isuzu has agreed to remove its “x rated” sex tourism competition.

More than 1000 people signed the petition in the first 24 hours. In the end we received a total of 3608 supporters. It was great see see so many men like me express outrage about this too!

Isuzu announced the campaign would be pulled in a statement posted to Facebook:

It has been brought to our attention that recent advertising promoting The X-Runner has caused concern and offence to some viewers. We chose Thailand as the destination of the X-Runner competition prize as it is the ‘home’ of the D-MAX and for no other reason. We understand the associated imagery and language in the campaign may have confused some viewers as to the intent of this prize. On behalf of Isuzu UTE Australia, we sincerely apologise. As such, we have removed this advertising from our campaign and will implement a new creative direction.

While we were glad to see Isuzu’s announcement that they would withdraw the campaign, we found it hard to believe that the suggestion of sex tourism was unintended and certainly didn’t agree that there was any “confusion” on our part.  Red light district imagery, flashing neon signs saying “girls girls” and wording such as “so hot its almost illegal” made the nature of this competition very clear. Further to that, those entering the competition had to “decode” a pixelated image and submit a guess about what was underneath. The correct answer was “SOI Cowboy” a red light district in Bangkok.

The only thing confusing about this ad campaign was that it was created and approved!

We sought further clarification from Isuzu. Isuzu admits the campaign was short sighted and harmful. Isuzu says the petition has had a huge impact on all involved and is making sure the Isuzu team both here and internationally are more informed about the issues surrounding sex tourism and trafficking. Isuzu informs us that this is very important to them as they have been supporters of anti trafficking and child protection charities.  We are reassured by Isuzu that it will never produce an ad campaign like this again.

This is a fantastic result and we are pleased to hear Isuzu’s commitment to avoid exploitative marketing in future.

Thank you to all who signed this petition. Your participation in this campaign has sent a strong message not only to Isuzu, but to the broader community that sexual exploitation and sex tourism is completely unacceptable. With sex trafficking continuing to be a huge problem worldwide, it is more important than ever that we keep talking about this. 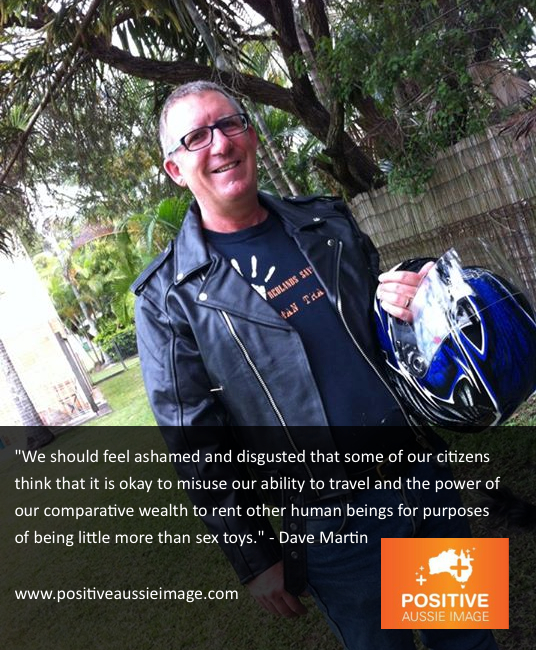