LEAGUE players who have committed an offense of domestic violence, sex offences or disrespecting women could face life bans under new NFL guidelines to end a culture of “covering up” and paying “hush money” to victims.

In what would be a first for an Australian football code, the NRL has adopted a number of new punishments for players found guilty of violence against women, which could ­result in bans ranging from nine months to life.

High profile cases of domestic violence and sexual assault have influenced the establishment of new protocols around reporting assaults and responding to victims. In the past, some players guilty of abusing women have been welcomed back into the game after serving a ban.

In 2014 after pleading guilty to seriously assaulting his girlfriend, the then South Sydney centre Kirisome Auva'a was suspended indefinitely but welcomed back to the sport just over nine months later.

The protocols officially started being drafted, following a series of reports early this year, detailing how Panthers footballer Bryce Cartwright used a club “fixer” to pay a woman to have an abortion. A similar case was also raised by Jaya Taki, former girlfriend of West Tigers’ Tim Simona. Taki has disclosed she felt forced into having an abortion by Simona.

After speaking out, Taki experienced death threats, bullying and backlash, however she states that she doesn't regret telling her story as “everything we've been through will not be swept under the rug”.

NRL gender adviser Catharine Lumby helped advise the code on the new sanctions and said it is important the national sport takes a step towards shifting the culture in NRL when it comes to violence against women.

“The NRL is showing leadership not only in sport but across Australia’s corporate culture when it comes to the treatment of women. I am thrilled to know Todd Greenberg is supporting that initiative”.

“I think the NRL’s integrity unit is serious about doing its job. They are now clearly working to stop clubs bringing in third parties to pressure women and pay them hush money.”

“I think the NRL is showing serious commitment after a series (of) incidents which have really damaged the brand of the game, not to mention the harm that has been done to some women,” Ms Lumby said. “No woman should be mistreated or abused or hushed up, ever”.

Mr Greenberg said the new policy has not been finalised yet.

“One thing is certain, if players engage in violent acts against women which are proven in the courts they can expect to spend a lot of time on the sideline,” he said.

“As a general rule, players will be given their day in court before penalties are imposed because we have seen several instances in recent times when charges have not been proven. But we will work with the clubs to ensure a fair outcome for all parties, including the players, and ­especially the victims.” 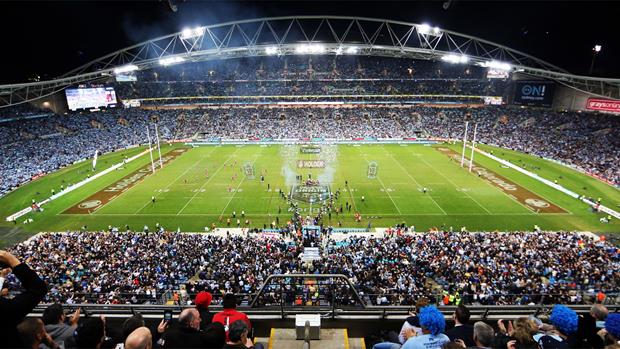 Collective Shout applauds the NRL for taking a strong stance on violence against women. Collective Shout invites all organisations to support our Corporate Social Responsibility pledge to end sexploitation.

About the Author: Tara Kortel has a Bachelor of Social Science, specialising in legal Studies. She is currently completing a Bachelor of Criminology and Psychology.