The annual roundup - be encouraged!

Help us achieve more WINS in 2021 - click here to give

Our #WakeUpInstagram #InstaPimpsGirls campaign resulted in the platform removing hundreds of accounts for child exploitation activity after we reported them. It has also seen the implementation of a new privacy feature to block strangers from direct messaging children and an in-app reporting tool to flag accounts that sexualise children.

LOL surprise dolls in bondage and fetishwear marketed for girls were pulled from Big W, Target and Kmart after our campaign.

After our flash-campaign against it, Melbourne-based BBQ company Boss Hogg and the Duchess of Pork pulled its violent, anti-women promo material depicting a woman bound and being roasted alive by a monstrous male-pig figure.

Bakers Delight removed their ad depicting tween girls bound and gagged to sell tarts after we called them out for trivialising the serious issue of the abuse and torture of children.

Our campaign against KFC’s sexist grooming of boys attracted global media attention, with Campaigns Manager Melinda Liszewski quoted in the New York Times. KFC apologised for the ad which was in the top ten most complained about for the year.

A number of our complaints against Honey Birdette were upheld by Ad Standards, bringing the total of upheld complaints against the sex shop brand to 45. We exposed the men who profit from sex store Honey Birdette- male owners Brett Blundy and Ray Itaoui. We also met with heads of Male Champions of Change whose ‘male champions’ include the same CEO’s shopping centre landlords who allow Honey Birdette to continue to pornify women in a public space with impunity.

After three ethical super companies decided to divest or downgrade investment in shopping centres hosting the sex store, another two advised they were re-examining their relationships with the property groups.

We continued our long-running campaign to overhaul Ad Standards, calling out a weak code of conduct and lack of enforcement powers where complaints are upheld and no penalties for non-compliance. Following increased pressure, the Australian Association of National Advertisers announced a review of its Code of Ethics, to which we contributed here. (The new code will go into effect in the New Year. We wait to see if it will result in any improvements).

After Melinda Liszewski called out a mobile trailer strip club ad featuring a naked woman just 500m from a local primary school, the Queensland government announced all sex industry ads would be investigated.

We contributed to major Federal and State government inquiries including The House of Representatives Standing Committee on Social Policy and Legal Affairs inuiry into Age Verification for online pornography, Australian Classification regulation, Online Safety Legislation Reform, Anti-Money Laundering and Counter-Terrorism Financing, Victoria’s Review into Decriminalisation of Sex Work, the National Action Plan to Combat Modern Slavery 2020-24, the NSW inquiry into Modern Slavery, and the national inquiry into Family, Domestic and Sexual Violence, and the UN inquiry into children’s rights in the digital environment. Read our submissions here.

We returned to schools after an 8-month hiatus due to Covid-19. The response has been so encouraging! Book Collective Shout speakers Melinda Tankard Reist and Daniel Principe for a presentation at your school or community group. 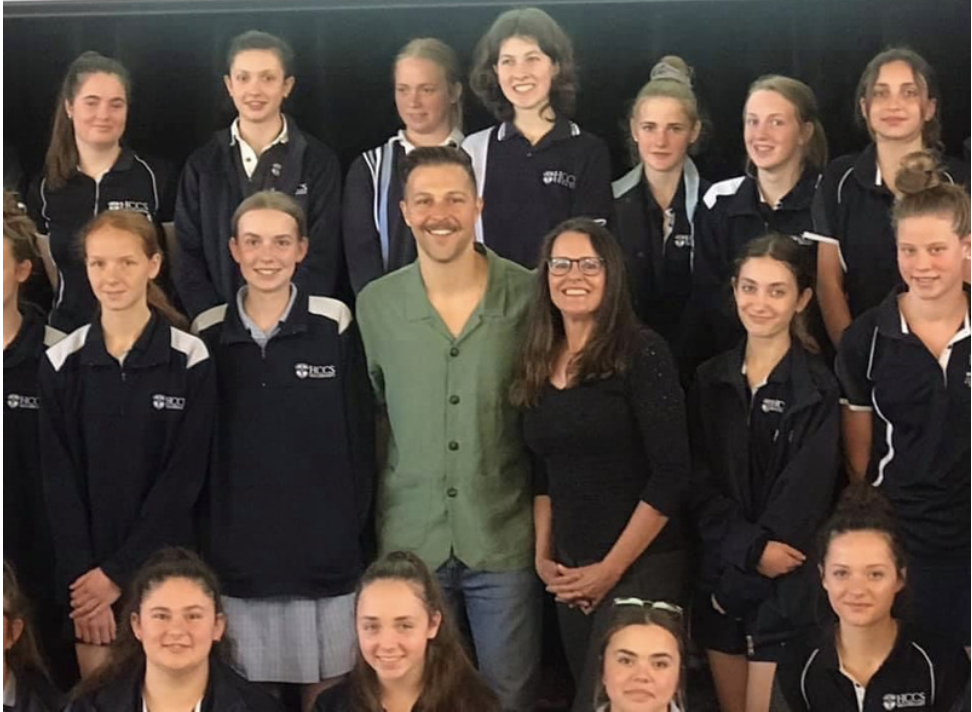 We kept up pressure on car maintenance company Ultratune, attracting international attention for our social media actions during the Australian Open, during which Ultratune’s sexist ads were broadcast.

We welcomed Renee Chopping to our campaigns strategy team. 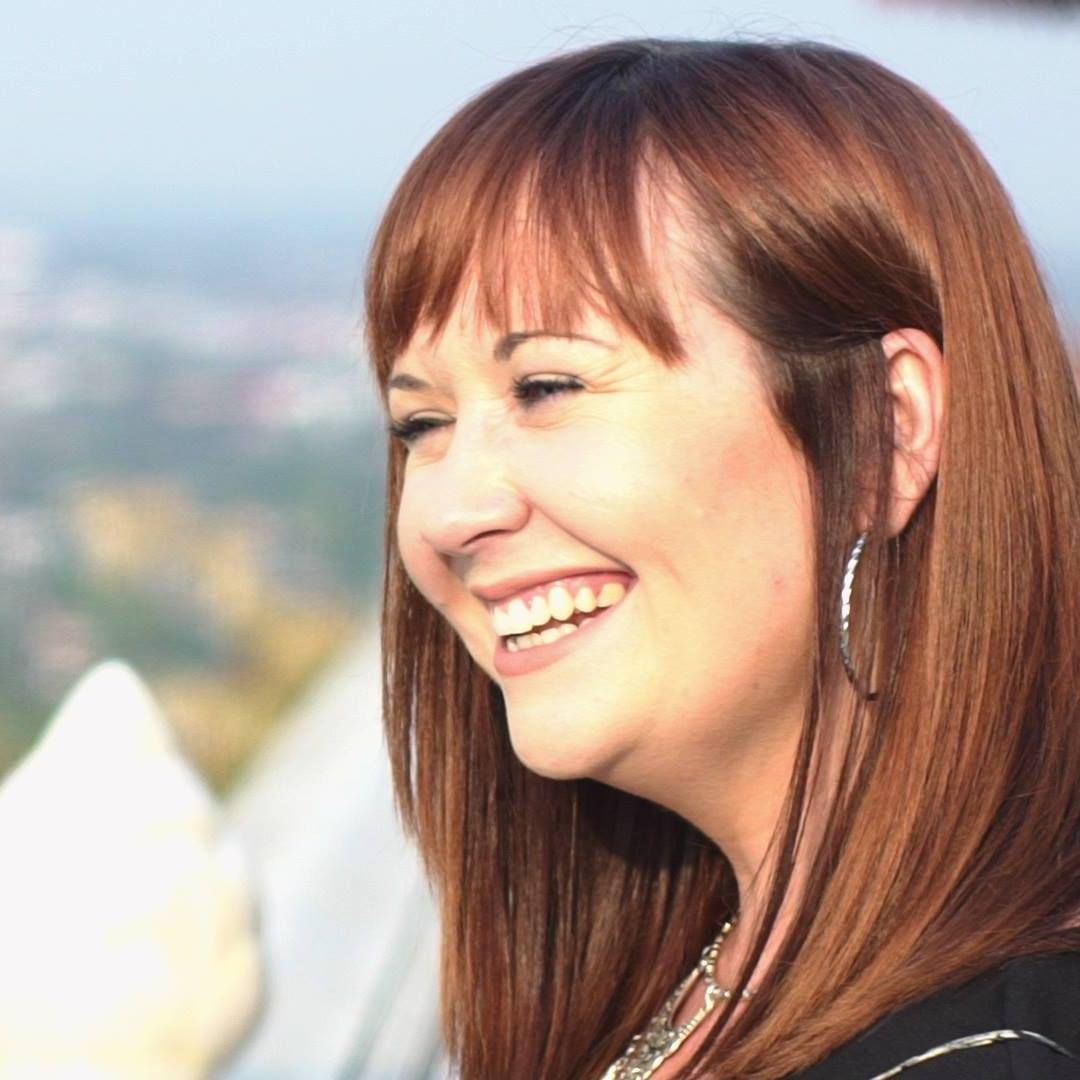 We celebrated ten years of Collective Shout, reminiscing on a decade of wins in the fight against sexploitation. 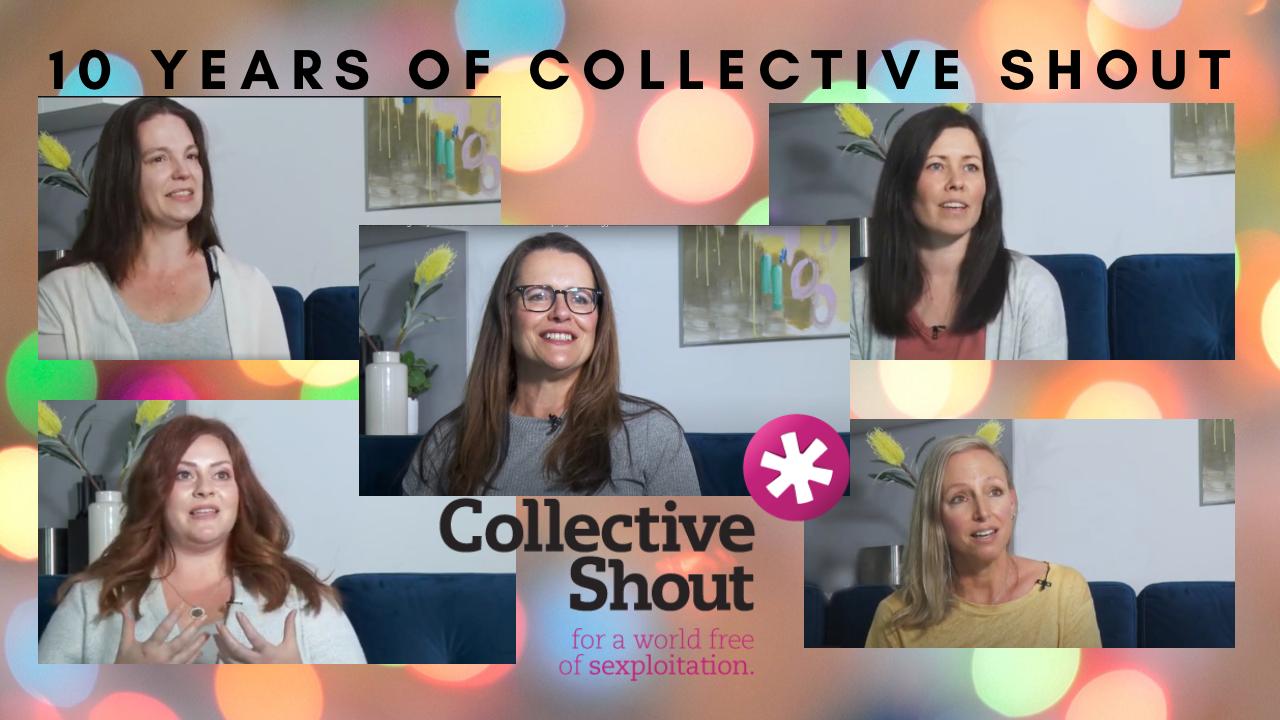 These wins and highlights would not have been possible without you. Thank you for your support, have a wonderful Christmas, and we look forward to kicking more goals with you in the New Year. 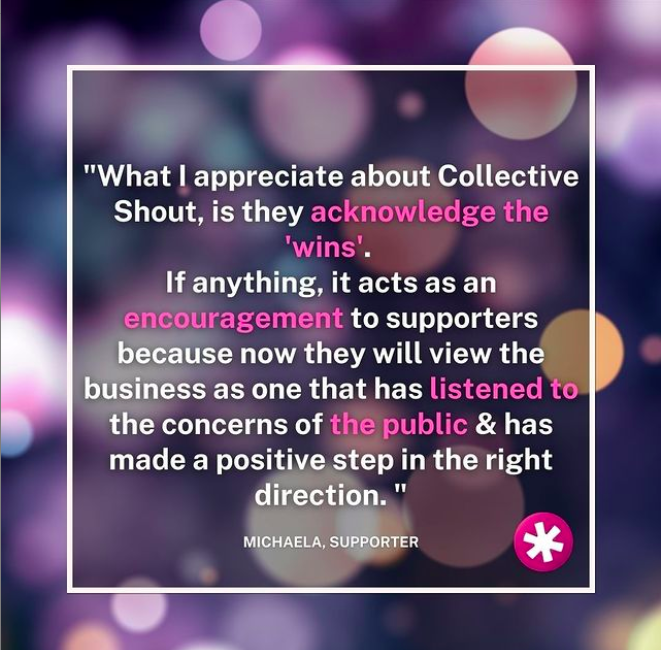 Past wins and highlights.

To stay up to date with our 2021 campaigns subscribe to our mailing list here.
If you’d like to help us achieve more wins in the year ahead you can make a tax-deductible donation here.