The Board noted that the tagline, which features across each image and covers the woman’s torso, says “Everything 50-70% off” and considered that the woman’s partial removal of her clothing is a physical demonstration of this rather than a suggestion that the woman is a stripper.

The Board acknowledged that some members of the community would prefer that female models were not used to advertise clothing in this manner but considered that in the context of a clothing sale the images of the woman lifting her top to reveal a naked stomach and back were not exploitative and/or degrading of this, or any other, woman.

Advertising code of ethics must change! 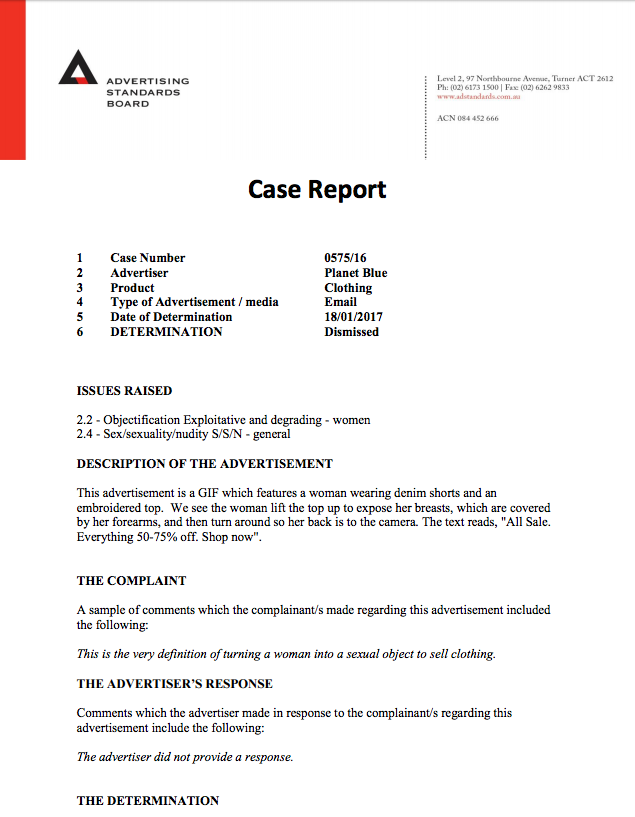