The portrayal of women in Zoo Weekly

The piece 'Zoo Identity' is a compilation of written descriptors of women taken directly from the March 2015 issue of Zoo Australia. I endeavoured to communicate the impact of zoo and its portrayal of females on my own identity formation as a young woman.

The message purported by Zoo is that women are only good for one thing. I, like most other women, am constantly bombarded with images and words such as those depicted in Zoo, each time I visit the corner store, browse the internet or turn on the television. With so much media pressure devoted to women’s bodies and how we look as sex objects it has become so difficult to truly appreciate our personal worth as humans.

I wholeheartedly support the removal of Zoo from Coles and Woolworths. I would be a step in the right direction towards removing a pervasive culture that denies women value as equal people within society. - Georgia Chisholm 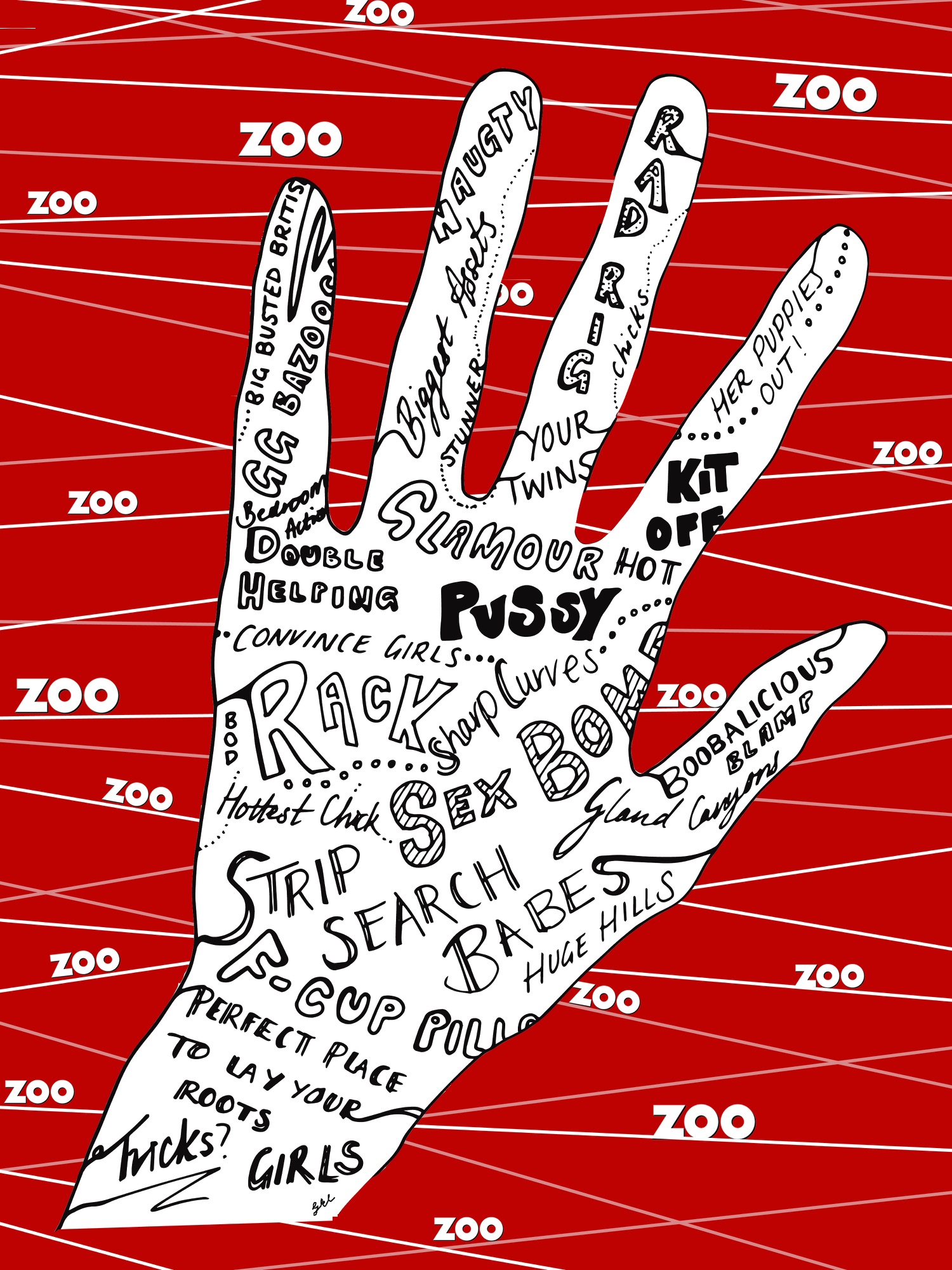