[UPDATE] "Australia's Next Top Selfie" competition has come to a close. You can view some of the great protest entries uploaded by Collective Shout supporters here.

Mumbrella has written about our campaign:

A Fox8 social media promotion for Australia’s Next Top Model urging people to take ‘selfies’ and post them on Instagram is facing a social media backlash by a group of feminist activists launching the hashtag Australia’s #NextTopPredator to counter the competition. Click here to read more.

Fox 8 reality show Australia’s Next Top Model is currently running a competition on social media looking for Australia’s ‘next top selfie’. To enter, young modeling hopefuls are required to post selfies on instagram and twitter, using hashtags #antmselfie and #fox8tv.

To date, there are over 52 000 entries around the country. This means a vast collection of publicly accessible images of teen girls ranging from innocent to more risqué.

Conditions state that entrants must be a minimum of thirteen years of age, however there are no measures in place to prevent younger children from participating. We found entries from girls as young as nine.

When girls are judged primarily on the basis of their appearance and sex appeal, the implication is that their worth lies in their physical attractiveness, and in conforming to increasingly narrow standards of beauty. This message limits women and girls and we must be vocal in rejecting it.

Sexting among adolescents is a significant public health issue with serious consequences, including the possibility of being charged with creating or receiving child pornography. Any competition that legitimizes this risky behavior is problematic. 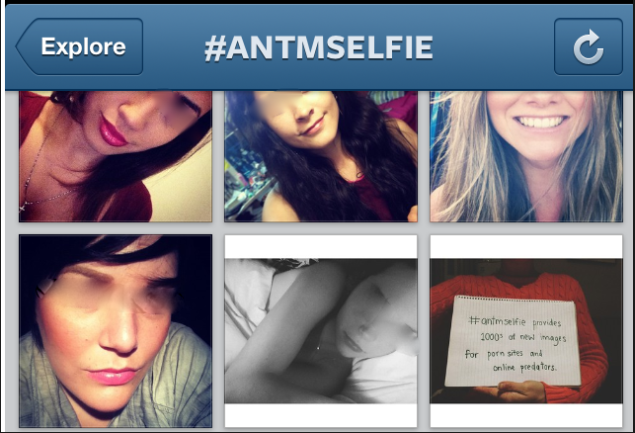 In October, a study by Internet Watch Foundation (IWF) found that 88 per cent of self-made sexual or suggestive images and videos posted online by young people do not stay within their control, but ultimately wind up on pornographic websites.

Kids Helpline recently stated, ‘In a three-month period, around 500 counselling sessions were offered to kids who called with sexting- related concerns.

We call upon Australia's Next Top Model to exercise responsibility and immediately remove images of underage girls.

Don’t forget to use the hashtags #antmselfie and #fox8tv. Take a screenshot and share it with us!

"The 'major issue' here is underage girls being encouraged to participate in a sexualising contest of adult beauty standards, by uploading their image online. UK Research has shown that nearly 90% of images like this uploaded by children & young people are hijacked and used by 'parasite' porn sites. We could show you dozens of images from this ANTM competition alone of girls as young as 12, with NO security settings on their instagram accounts, including personal details such as their school along with their photo. ANTM is being completely reckless in soliciting these images without providing any safeguards. Does that sound like healthy sexual development to you?" 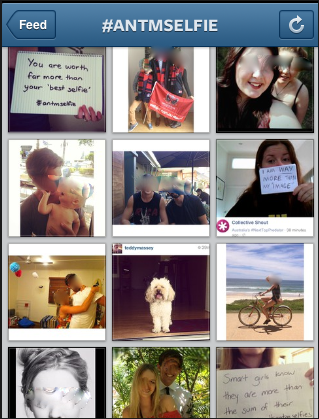 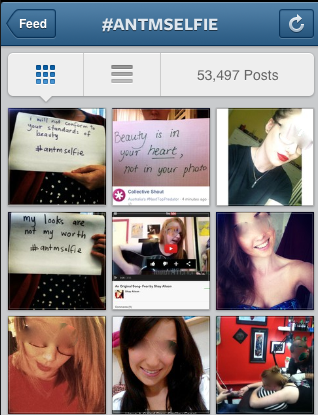