They say it's empowering

Honey Birdette's latest ad campaign appears to be less about selling lingerie and more about advancing an agenda. In a June 11 Facebook post Honey Birdette CEO Eloise Monaghan said they had been targeted by Collective Shout for 12 years (we've existed for 10) and "now the regulators are listening to them." We don't know what that means but it appears that Monaghan is feeling the heat of advertising regulation for the very first time. 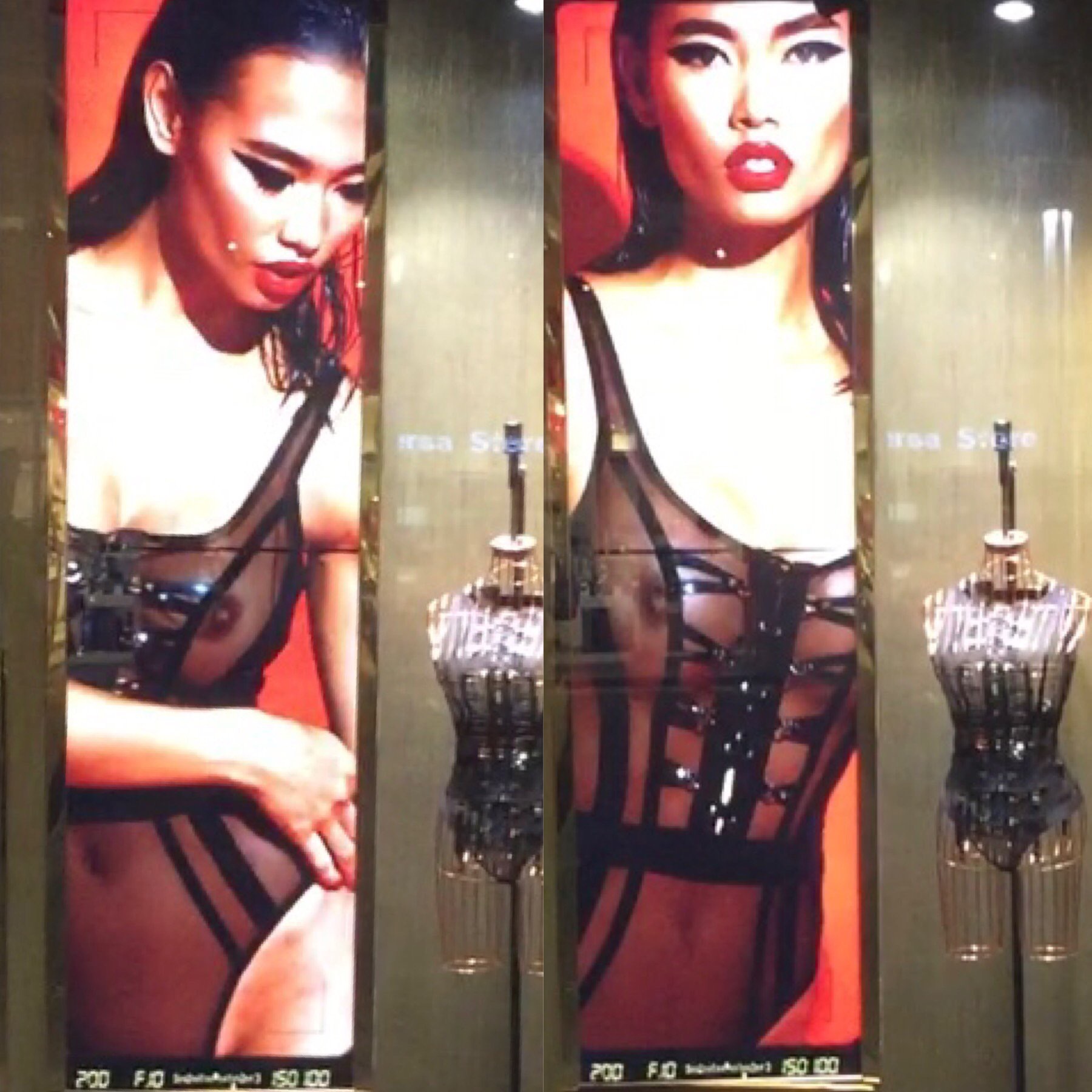 After ignoring Ad Standards for years with impunity, (Ad Standards has upheld complaints against 20 Honey Birdette advertisements in the last 18 months) Monaghan has lashed out against the perceived threat of regulation by plastering social media and her shop front windows with images of women wearing transparent leotards. Based on previous Ad Standards determinations, we know - and Honey Birdette surely knows - that these ads violate Ad Standards.

Speaking to media about her new ad campaign Monaghan said "There will be nipples. And plenty of them." She claimed those who object to her highly sexualised ad campaigns are "teaching young girls and women to be ashamed of their bodies." 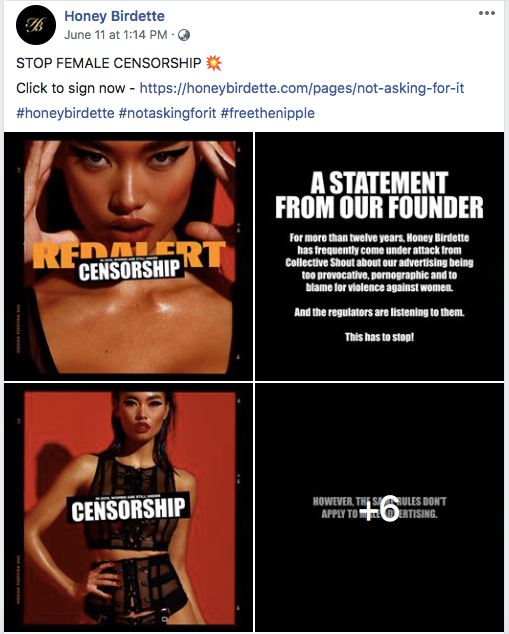 Given that ad industry self-regulation has never been able to enforce a single ruling against Honey Birdette the idea that they are being censored doesn't stand to reason.

And of course, Monaghan has never addressed the issues we have repeatedly raised so it's no surprise to see her misrepresenting our arguments here once again. Honey Birdette can't afford to acknowledge our evidence-based arguments because there would be no way to defend themselves if they did.

Monaghan has to distort the issue in order to portray Honey Birdette as a victim. But they are not the victim. This is a company that demands a "right" to broadcast porn-style imagery to kids with a blatant disregard for their wellbeing. They demand a "right" to force this content on to a non-consenting all-ages audience. In any other setting this would be considered sexual harassment.

But when Honey Birdette does it, we're supposed to disregard the evidence of harm and believe all this is "empowering," just because Monaghan says so.

Sexual objectification is not empowering

We have always pointed to the ever-growing body of research showing that exposure to highly sexualised, sexually objectifying content such as what is displayed in Honey Birdette's shop front windows is harmful to children and undermines gender equality. A review of twenty years of research, from 109 publications containing 135 studies found:

“consistent evidence that both laboratory exposure and regular, everyday exposure to this content are directly associated with a range of consequences, including higher levels of body dissatisfaction, greater self-objectification, greater support of sexist beliefs and of adversarial sexual beliefs, and greater tolerance of sexual violence toward women. Moreover, experimental exposure to this content leads both women and men to have a diminished view of women’s competence, morality, and humanity.” - Media and Sexualization: State of Empirical Research, 1995–2015

In other words, Honey Birdette's advertising is the exact opposite of empowering for women and girls. It literally keeps women in their place.

If Honey Birdette was truly about empowering women, one would think that those closest to the company would be the most empowered of all.

Employment websites like Glassdoors.com and Indeed.com allow people to write reviews about their workplace. There are a number of reviews from women who say they are either former or current employees of Honey Birdette. Common themes in these reviews include allegations of bullying, sexual harassment from customers, no security cameras, no support when complaining about sexual harassment to management, not being permitted to use the toilet, forced to wear a tight fitting uniform made up of garments that employees must purchase from the store and forced to wear high heels for long shifts.

“We need an overhaul, a company standard of basic ‘sex’ information. Like what advice would you give to a couple that wanted to explore backdoor play.”

Another reviewer alleges she was asked personal questions during the job interview and was told that sexual harassment from customers was "part of the job."

"I have had a number of uncomfortable experiences with male customers who come in for the sole purpose to hit on me and touch me, myself and other staff this has happened to have been told "It's part of the job".